Isley will inject Duncan with humor 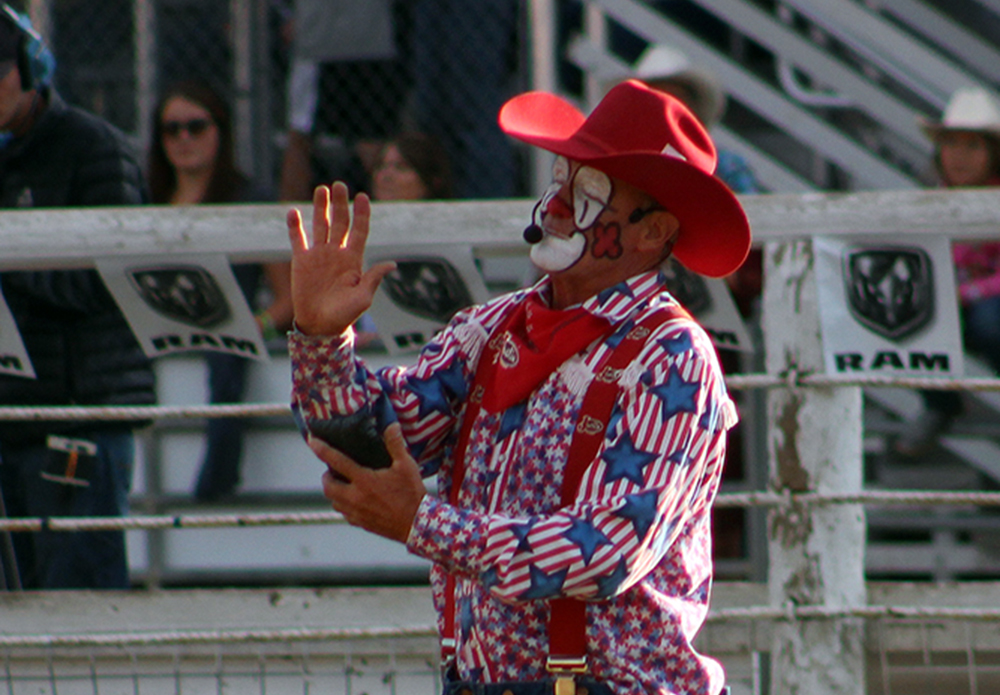 DUNCAN, Okla. – Keith Isley is one of the most decorated clowns in rodeo.

“I thoroughly enjoy watching people have a good time and enjoy what I do or what I say,” said Isley, who entertained the crowds at the circuit finale six years ago and last year. “Just seeing people enjoy it and have a good time. Sometimes later in the year, you’ll get home and have some letters for you and have some pictures of you that kids have drawn.

“It’s the little things that really make me feel like I’m accomplishing something.”

Those are just a few pieces of the puzzle that makes Isley such a commodity. In addition to being one of the best funny men in the business, he also has some of the top acts in rodeo. He’ll bring it all with him when he arrives at the southern Oklahoma.

“I enjoy what I do, and it’s a lot of fun when you’ve got a good crowd and a good announcer,” Isley said, noting that while in Duncan, he will work with Greg Simas, who is calling the action at the Prairie Circuit Finals. “When you see people with smiles on their faces, and then people come up to you and appreciate what you do, that makes what we do a lot more worthwhile.”

Isley sees a lot of smiles and has for much of his professional life. Though he was considered a class clown, being a comedian didn’t come easily.

He has since overcome his stage fright to become one of the most sought-after entertainers in the game. There’s good reason for it, too. Part of a good clown’s job is to fill any down time that could some during the event. If there’s a pause in the action, Isley knows it’s his turn to step up to the plate.

It works, but Isley has a lot of tricks up his sleeve. He loves working with animals and allowing them to steal the show. When it’s all put together, it’s an award-winning showcase that reaches so many people.

“I’ve undoubtedly been the most blessed man who’s ever bought a PRCA membership,” he said

The fans are pretty blessed, too.