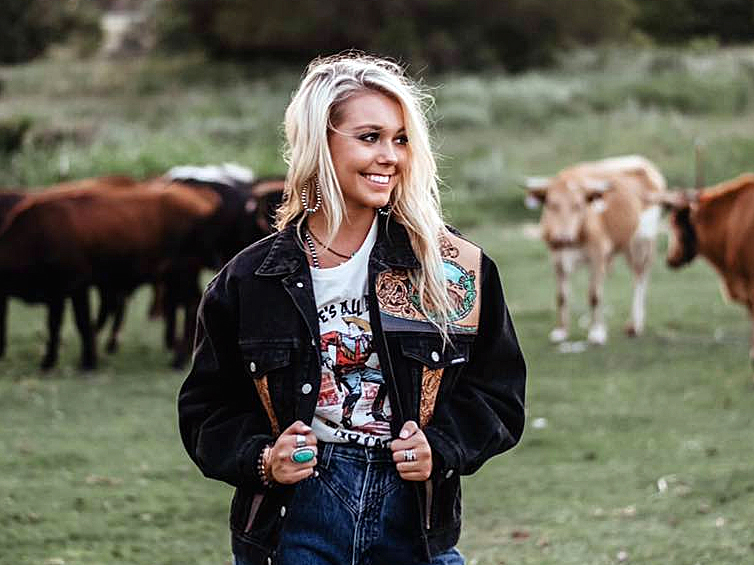 While she didn’t gain the title in the northwest Kansas community this past weekend, Scales posted the fastest time in the championship round and earned all-important points that have her sitting fourth in the Central Plains Region standings.

“Winning Colby was very important, because the weekend before, a friend’s little boy passed away in a pony riding accident,” said Scales, a junior from Pittsburg, Kansas. “I was riding for Max (Henderson).”

She was also riding for the Northwestern Oklahoma State University rodeo team, and she did well. After failing to finish atop the leaderboard in the opening round with a 17.41-second run, Scales turned up the heat in the short round, stopping the clock in 16.95 seconds. She finished fourth overall with a two-run cumulative time of 34.36 seconds.

“My main thought heading into the short round was that I was going to fix (the turn on) my third barrel and have a snappier first barrel,” she said. “I was just going to trust my horse.”

She should. She’s had Roman – a 15-year-old buckskin gelding – for six years. He’s been a key factor in her success, from winning the Colby title two years ago to where she wants to be this season for the Rangers.

“He’s got grit, and he’s just funny,” Scales said. “He’s got a lot of personality, and he’s ornery. He doesn’t look like he’s running most of the time, but he’s moving fast. He’s just long-strided.

“My plan is to use Roman as just an outside horse and have a backup ready for the indoor rodeos. I just need to keep him sound. If I can do that, he usually does pretty good.”

Like Scales, senior goat-tier Megan Turek of St. Paul, Nebraska, squeaked into the short round with an 8.2-second run, then made a solid run of 7.6 seconds on the final day to finish second in the championship round. Her two-run total of 15.8 seconds was good enough for fifth in the aggregate.

It paid off, and she and Scales weren’t the only cowgirls to make a big move. Reigning national champion breakaway roper Taylor Munsell of Arnett, Oklahoma, failed to finish among the top six in the first round, then shared the fastest-run in the short round with a 2.6. That pushed her two-run cumulative time to 5.6 seconds, good enough for second place overall. She sits second in the regional standings.

More importantly, the Rangers women finished third in Colby, the same as the men, who were led by the defending national champion steer wrestler, Bridger Anderson, a junior from Carrington, North Dakota. He won the first round with a 4.3-second run, then shared the short-round title with a 4.5 to win the overall championship.

Anderson shared the final-round title with teammate Colt Madison, a senior from Whiting, Iowa; Madison finished second overall. Another teammate, Chase Finnell, a sophomore from Freedom, Oklahoma, finished third in the opening round but was saddled with a no-time on the final day.

The Northwestern team ropers came on strong, led by the tandem of Brandon Hittle of Harveyville, Kansas, and Sean Doherty of Kim, Colorado, who finished second in the short round and the average. Heeler Bo Yaussi of Udall, Kansas, finished third in the first round and fifth overall with header Kolton Good of Western Oklahoma State College.

Header Jaden Trimble of Coffeyville, Kansas, teamed with Marley Berger of Coffeyville Community College to finish in a tie for fourth in the opening round, alongside the Northwestern team of Brent Woodward of Dupree, South Dakota, and Daycen Hunt of Ridgeview, South Dakota. Tie-down roper Riley Morrow of Cyril, Oklahoma, won the first round with a 9.0-second run, half a second over the No. 2 roper; a long run in the short round took Morrow out of placing in the average.

It was a good start for both the Rangers men and women with nine rodeos remaining on the schedule for the year; three more will take place during the fall semester, with Northwestern hosting its rodeo Oct. 31-Nov. 2.

“I think we’re going to do really good this year,” Scales said. “We have a really strong team, and everybody supports each other.”