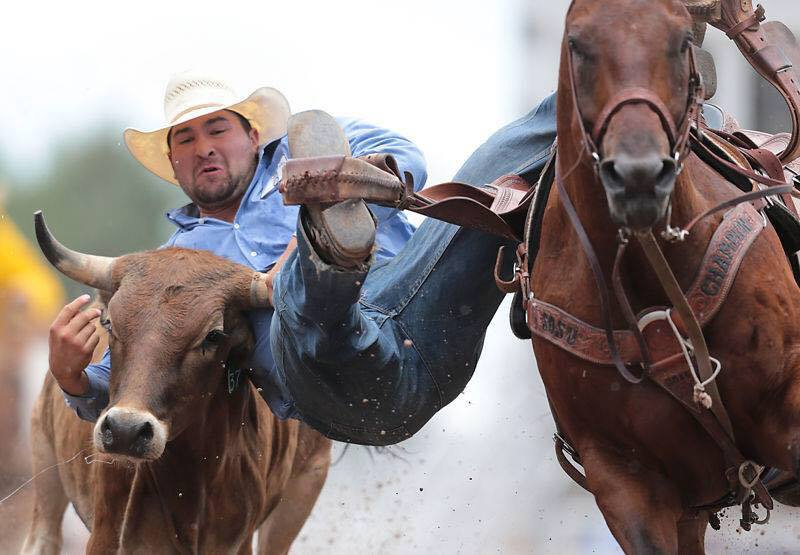 DUNCAN, Okla. – Before he arrived in this small southern Oklahoma city, Tanner Brunner new he had some work to do.

It’s the next step in the circuit system and another chance for big money, and Brunner started things off on the right foot Thursday during the opening night of the championship, knocking down his steer in 3.8 seconds to win the first round and collect $1,935.

“I just wanted to make three good runs and hope it all comes together,” said Brunner, 26, of Ramona, Kansas. “The key is to take it one run at a time and see where it puts us after the third steer. It’s always good to have good horses underneath you, have Sean Mulligan hazing for you on the other side. It just came together.”

He is coming off a solid season, having earned just shy of $75,000. That was good enough for 15th in the world standings, earning him a second straight qualification to the National Finals Rodeo, the sport’s grand finale set for December in Las Vegas. He battled hard in the final few weeks of the regular season to sneak into the elite few that are allowed to play for the biggest pay in the game.

And just like he did all this season and last, he leaned on his team, which included Mulligan and Mulligan’s great bulldogging horse, Miss Kitty.

“She’s pretty automatic,” said Brunner, now competing in Duncan for the fifth time in his career. “When you’re bulldogging, you’ve got to think less and react more. She makes it pretty easy.

Not only does Brunner want to win this championship, but he knows it’s the perfect place to keep improving on his game as he prepares to run at more than $26,000 a night in the Nevada desert.

“This gets you into that finals mentality and gets you going,” he said. “You want to raise the level of competition every night. It’s a good way to prepare mentally and physically.”

He’s doing that and then some. Two more nights like the first one could provide a big payday for the Kansas cowboy.

“Winning money is the name of the game” Brunner said. “Hopefully I can put two more together.”