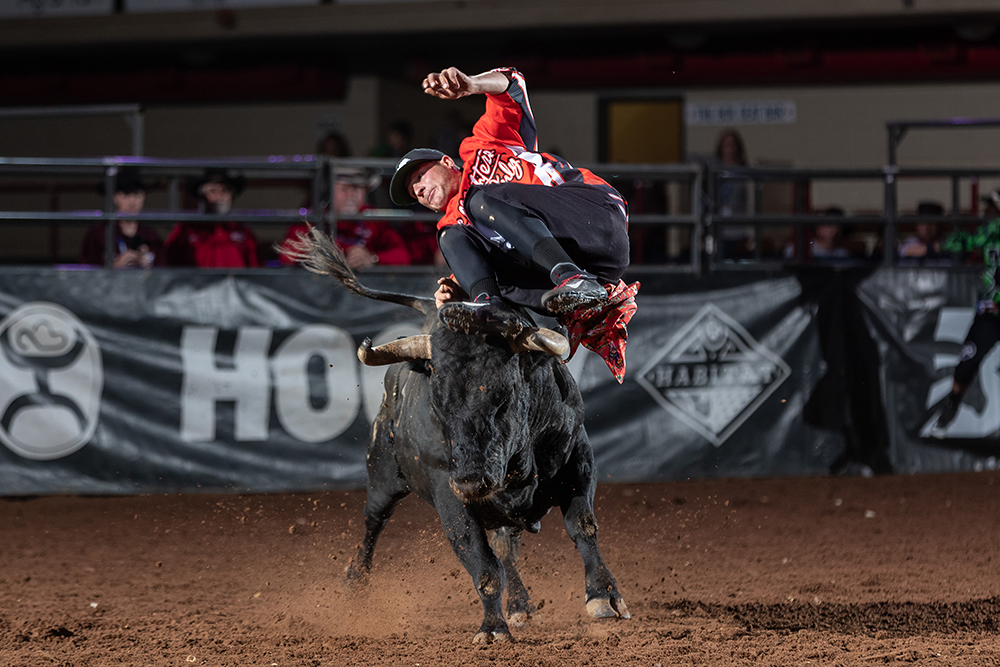 America’s most dangerous sport will land in Kent on Oct. 26

KENT, Wash. – The most extreme spectacle on dirt returns to northwest Washington for the Bullfighters Only Kent Cup, set for 7:30 p.m. Saturday, Oct. 26, at the accesso ShoWare Center.

This isn’t traditional bullfighting, and no, the bulls are not harmed. The American version of bullfighting was developed as a competition between rodeo clowns in the late 1970s. In 2019, the sport has evolved into a full-fledged action sport with more than 70 tour BFO stops this season alone.

The BFO Kent Cup will feature the top ranked athletes in the sport. With points counting towards the Pendleton Whisky World Standings, the event can provide a major springboard to athletes as they head into the year-end championship, Dec. 4-15 at Tropicana Las Vegas.

“With all the money on the line in Kent, everyone will bring their A-game,” said Aaron Mercer, the sport’s No. 1 athlete. “The world title is what matters, and winning the Kent Cup would be a big step toward that. I’m not taking my foot off the throttle.”

Scoring is based on a 100-point scale. Athletes can earn up to 50 points for how well they control the bull while maneuvering around and often over-top of the charging animal. They can gain extra credit from the judges for adding unique style and degree of difficulty with tricks like front flips and backflips. The fighting bull also contributes up to 50 points, gaining merit for his quickness, aggression and willingness to stay engaged with the bullfighter.

BFO has been no stranger to Washington since reinvigorating the sport in 2015; the electrifying group has performed in places like the Tacoma Dome, Kennewick’s Toyota Center and at the rodeos in Bremerton, Ellensburg and Hermiston. Its innovative production means there is more to the popular show than just freestyle – the display of true courage and athleticism creates powerful live theatrics, which are enhanced by world-class lighting and effects.

But regardless of the stage, one false step can result in catastrophe. It’s the measure of a man that will face any adversity and find a way through every step.

“There’s no time-out in this sport, and these fighting bulls don’t mess around,” three-time BFO champion Weston Rutkowski said. “They’ve been bred for thousands of years for this task and they love to chase anything that gets close to them – and try to eliminate it.”

That’s what draws the top bullfighters to the game. They understand the dangers before them, and they overcome any fear to test their skills and their fortitude inside the arena.

Tickets may be purchased in advance at https://www.accessoshowarecenter.com or at the arena box office.