Struxness eager to return to NFR 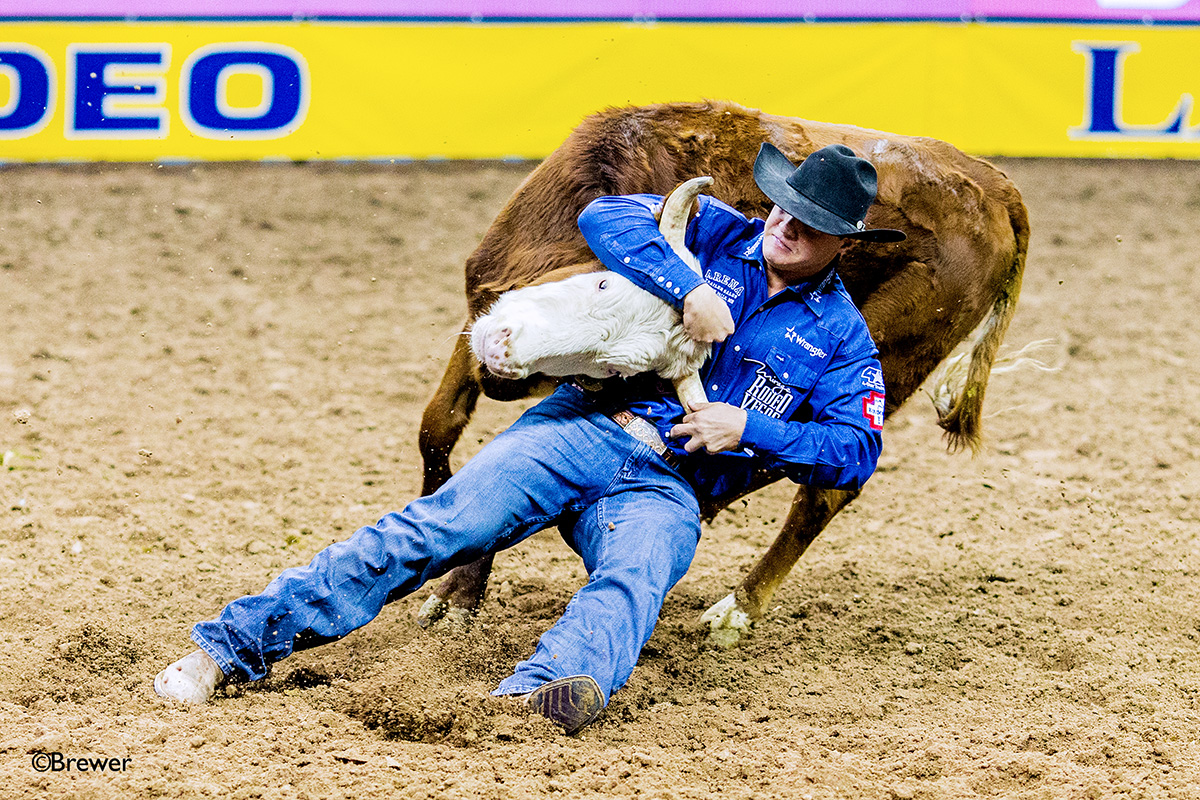 “It was something else,” Struxness said. “I’ve had quite a few happy tears in my eyes.”

Now, he has even more motivation to close out the 2019 ProRodeo season on a high note. That chance comes with his third qualification to the Wrangler National Finals Rodeo in four years, with ProRodeo’s grand finale set for Dec. 5-14 in Las Vegas. First, though, his focus was on being with his newborn baby girl on her special day.

“We were actually picking steers in Checotah (Oklahoma) for the NFR on Saturday (Nov. 9),” he said, noting that he got the call from is girlfriend, Jayden Crowe, late that evening informing him of the situation. “Stockton (Graves) drove me to the airport in Dallas so I could fly up there.”

No matter the love a man feels for anyone else, there’s something completely different when a child of his own is born.

It’s that feeling he’ll have every time he looks at her face, and he’ll have a couple weeks’ worth in the Nevada desert. He earned the right to be among the steer wrestlers competing in Vegas by finishing the regular season $82,829, good enough for 10th in the world standings.

Now, he hopes to pad his 2019 earnings at the NFR, where go-round winners will pocket $26,231 each night for 10 go-rounds. After all, he’s got plenty of diapers to buy over the next couple of years.

“I’m ready to be back,” said Struxness, 25, of Milan, Minnesota, primarily living in Alva, Oklahoma, home of his alma mater. “Making it to the NFR is always our goal, and there’s a really good chance to make some money this year.”

He missed making the championship in 2018, finishing a disappointing 27th in the world standings – only the top 15 contestants on the money list in each event at the conclusion of the regular season advance to the NFR. That’s a big reason why his excitement level is high heading into the richest rodeo in the world.

“It was frustrating on my part because I felt like I shouldn’t have missed it last year,” said Struxness, who attended Missouri Valley College in Marshall, Missouri, before transferring to Northwestern Oklahoma State University, where he earned the steer wrestling title in 2016. “Looking back on the mistakes I made, they were just little ones that are fixable and shouldn’t have made.

“I think it was more that I got too comfortable last year and lost focus. But missing the finals last year lit a fire into me, and it made that fire burn even hotter. Having the baby is just a little extra motivation to keep you sharp and keep you on point.”

A big reason for his focus comes with his four-man traveling posse this year. Graves, the man who drove him to the airport the day Everlee was born, is the established veteran of the group, having qualified for the NFR seven times before taking over as rodeo coach at Northwestern. Also in the mix were Billy Boldon and Bridger Anderson, the latter of whom won the 2019 college bulldogging title while also attending Northwestern.

Through the rigors of the season, where the foursome traveled tens of thousands of miles, Struxness competed primarily on Freeway, an 11-year-old blue roan gelding owned by Graves.

“I practiced on that horse when Stockton was starting him, and he’s always been easy for me to ride and get along with,” said Struxness, who credits his sponsors – Arena Trailer Sales, 4-Star Trailers, Wrangler and Nutrena – with helping him compete on a high level. “We clicked then, and that’s the way he was all summer.

“He gave me good goes, so all I had to do was handle my job on the ground and pull a check.”

While he competed on his own horse, Peso, at previous NFRs, he’ll ride Freeway at this year’s NFR, and Graves will be hazing on a horse owned by fellow steer wrestler Kody Woodward.

“We’ve been using that haze horse all summer, and Stockton’s pretty confident in that horse,” Struxness said. “He wanted to go out there with me this year and make sure his horse was functioning at its highest level. He’s been out there before and knows how to do it. We’re really confident in the team we have going out there.”

He’s also confident in Graves, who recruited him to Northwestern and who has continued to coach him in ProRodeo.

“It’s good that he’s going with me this year,” Struxness said. “Every time I’ve made the finals, we’ve had a few conversations during the week. He’s always had good advice for me out there. This year having him out there, he’ll be able to take care of the horses because he knows what they’ll need to preform out there.

“We’ll talk every night, and he’ll give me the advice I need right there on the spot. Confidence should be pretty high with everybody. It should turn into a good week.”

It’s already been a great year. A cowboy doesn’t earn more than $80,000 without it, and it all started off with a victory in Reno, Nevada, where he pocketed $12,725. He had a few other wins along the way, but most of his success came with being consistent.

That’s going to be his goal in Las Vegas. He trails the standings leader, Ty Erickson, by $63,252, but he can make up that ground in three nights.

“The best part of the NFR is the competition, going up against the other 14 best every night for $26,000,” Struxness said. “You get the opportunity to win a bunch of money, and hopefully we can put together a nice chuck for life outside rodeo. We rodeo all year to make money to support our rodeo business, and whatever we make at the finals is what you want to for the rest

“I look at the NFR as the place where I make money to invest.”

He’ll be investing into the future with his new family. He and Crowe met in Calgary a couple of years ago, and their relationship has blossomed. They’re making plans on what to do after the NFR concludes, but he knows – because of her support and the support of others – he’ll continue to follow his heart.

“Jayden supports my rodeo habit really good,” he said. “Her cousin is (two-time world champion barrel racer) Lindsay Sears, so she knows how rodeo works. She wants me to accomplish things I have on my list. My family has given me so much support, because they know I’m doing something I love. We may not see each other as much, but they know I’m out here chasing my dreams.”

We enjoy your articles. Heartwarming. thank you.