Dent brings experience back to NFR 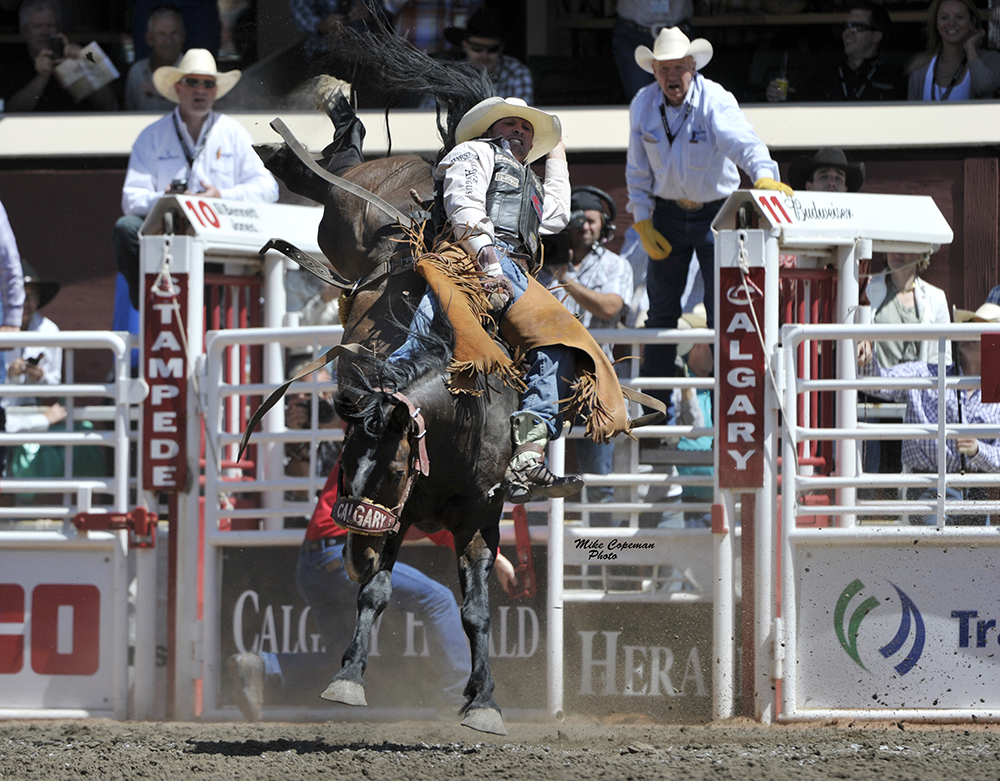 MULLEN, Neb. – In the sandhills of northwest Nebraska, the landscape features rolling hills and grasslands filled with cattle.

This is where Steven Dent grew up and where he learned the value of nature alongside hard work in the ranching industry with his family. This is where he gained the understanding of what a strong work ethic can do for an individual and why it’s vital to gathering great achievements.

It’s one of the many reasons Dent has been so successful in rodeo and why he returns for the 10th time to ProRodeo’s grand championship, the National Finals Rodeo, set for Dec. 5-14, in Las Vegas.

“That’s really all I know anything about,” said Dent, 33, who lives about 25 miles north of Mullen with his wife, Kay, and their three children: son, Cylas, 6, and daughters Emri, 4, and Dailie, 2. “I grew up with ranching and rodeo with some high school sports sprinkled in. That’s pretty much everybody in this area. Even if you don’t work on a ranch, it’s what makes our economy roll.

“There are about 450 people that live in Mullen, so you know everybody. It’s a good place to raise a family.”

It’s also the area that raised him. He was part of a state championship football team and also won a state title in wrestling. He was just as competitive in rodeo, and he carried that with him to Ranger (Texas) College, where he won the all-around championship at the 2007 College National Finals Rodeo, helping Ranger to the men’s team title that year.

“I feel like my ranching background taught me how to work hard, which led to success on the football field and in wrestling,” he said. “Then, when you are successful in one thing, you’re competitive and you hunger to be successful and find a way to win.

“I think it all ties together, from ranching all the way to how you work for what you aspire to become, the training it takes to be successful and just knowing that you can be the best at what you try to be the best at. That success through high school and leading into college and on to rodeo gives you the confidence you can take the next step.”

He credits great coaches for teaching him how to win the right way, which included making a list of goals.

“If you don’t have the other stuff and just try to rodeo, it would be hard to know hot to prepare and how to set goals, how to reach the pinnacle of your sport,” he said.

Last year, he finished his best season ever, co-winning the NFR average championship and pocketing more than $145,000 over those 10 December nights. He finished the campaign with $254,734, good enough for second place in the final world standings.

“That was great, and it’s probably the biggest win of my career,” he said. “But as far as going into this year, it really means nothing. All that matters now is my first-round horse on Dec. 5.

“It’s a humbling sort, because we are on animals. You can win Houston one day and get drilled the next. I can’t go in thinking I won the average last year. For me, it’s motivation just to compete at the finals and to have the opportunities that are there for me.”

The key to Dent’s success over the years was learning to let go of the past. Good rides can’t guarantee success in the future, and wrecks might just be followed with a winning performance. The focus has to be on the upcoming situation. Afterall, he’ll have 10 chances at $26,231, which is what go-round winners will pocket each night in Sin City.

“The NFR’s a hard rodeo,” he said. “You can go to 10 straight rodeos in the middle of the summer and maybe do bad at one, then you change scenery and drive across the country and it’s a whole new day. It’s hard to do that in Vegas, especially when you’re young. I would do bad on one and it’s hard to push it away.

“I’ve learned over the years to get away from it. I don’t really care about what happened the day before. I try to do as good as I can on the horse I have that night. It sounds simple, but it’s harder to do, and I struggled with that when I was younger.”

While it’s a new rodeo every night, there is the added pressure of playing the game on its biggest stage. The NFR features a $10 million purse, and that’s big because the contestants in each event with the most money won through the season are crowned world champions.

So far, that coveted Montana Silversmiths gold buckle has eluded Dent, but he doesn’t let that worry him. His experiences have allowed him a refreshing outlook on his job, and that’s riding bucking horses for a living. Still, he knows why the stress of Vegas can become cumbersome.

“You know the whole Western world is watching it,” said Dent, who credits much of his success to his sponsors, Kraye Angus, Barstow Pro Rodeo Equipment, Nuttelman Panels & Fencing, Sandhills Physical Therpy, Tehrani Motors, Top Tree Ranches and Smith Pro Rodeo. “You want to show why you’re supposed to be there. Even if you don’t win anything, you want to ride good. If you get in a slump there, it can wear on you.

“The last two finals were the best I’ve ever had. Along with my experience, I’ve got confidence going in there that I’m going to have success there.”

He finished the regular season with $93,799 and enters the NFR 10th in the world standings. That’s great, but he did all that competing on a limited schedule.

“It’s pretty special to me, just with the year I had,” he said. “I went to less than 50 rodeos and had three different major injuries, and it took me out the entire year except for three months. To make those three months count was lucky that I drew good horses was riding well when I was rodeoing. I’m excited to be back at the NFR for the 10th time.”

“Our rig was beat up all year,” Dent said. “I hardly saw Ty this summer, then Tanner fought some really bad injuries all summer long. I rode with a torn MCL, the broke my shoulder, then I had my core injury. I think it says a lot about our competitive resolve to all three going.”

His latest injury came Aug. 24, when he suffered his core injury with just a little more than a month remaining in the regular season. He tore the abductor muscles from his pelvis and had surgery a few days later in Philadelphia by renowned surgeon Dr. William Meyers. Now that the repair is set, he’s excited about what those 10 nights in Vegas will mean.

“I’m 100 percent as much as I have been for years,” he said, noting that Meyers developed the procedure years ago and has worked on many prominent athletes over time. “I’d been fighting with this and had pelvis problems all winter, and I didn’t know what was going on. Dr. Meyers said I had only one part of my abductor muscles at the time of the injury, so it was just a matter of time.

“I’m already so much stronger in my core than I have been in a long time.”

That’s good, because he’s about to face 10 of the best bucking horses in rodeo and battle for that coveted world championship.