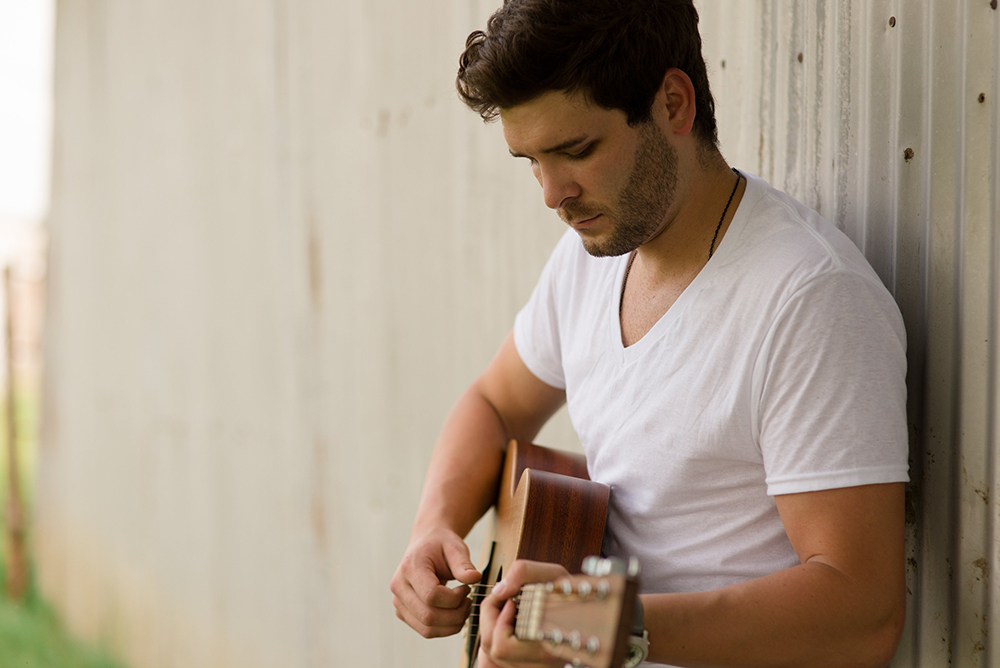 FORT WORTH, Texas – For most in the rodeo world, the Coopers are the first family of rodeo, with the patriarch being eight-time world champion Roy Cooper, who has shared his lineage with his three sons: Clint, Clif and Tuf.

For Jarrod Morris, Clif and Tuf were just a couple of boys he went to school with in Decatur, Texas.

“It’s funny to me that you go to school with these guys, then when people ask me where I’m from and I tell them, they ask if I know the Coopers,” said Morris, a country artist who will be one of two acts performing at Tuf Cooper’s New Year’s Eve Roping and Concert on Dec. 31 at Cowtown Coliseum in Fort Worth; it’s a family-friendly event all evening.

“When you tell them that you know the Coopers, they just lose their minds.”

He’ll experience it in full force on New Year’s Eve, which will commence with the roping featuring 27 of the top tie-down ropers in ProRodeo at 7:30 p.m., followed by a concert featuring Morris and Shae Abshier and the Nighthowlers starting at about 9:30 p.m.

“This is pretty exciting,” Cooper said. “Jarrod is a hometown guy I grew up with, and he’s an up-and-coming artist. He’s got some good songs out on the radio right now. He’s a good dude. He just doesn’t sing the songs, though; he lives the lifestyle. He shoes horses every day, so it’s great that he’s going to be part of the night.

“Shae grew up in Stephenville, and he’s Texas Country but with a little more rock ’n’ roll twist. The last couple of years, he’s become popular. This thing’s going off into the new year, so I’m sure there’s going to be some night howling.”

That’s the way the evening has been set up from the beginning. Cooper and other organizers – including his mother, Sherry – want event-goers to enjoy some tough competition in a relaxed atmosphere while also partaking in some great regional music.

For Morris, he began his music career while attending college a decade ago, picking up a guitar in his apartment and playing through his free time. Then he started playing for people who are close to him, and it’s taken off from there.

“I have a pretty honest family and an honest friend group, so if you’re not good at something, they’re going to tell you,” he said. “In general, they were pretty positive. It started playing out. I just released my first album at the beginning of this year.

“It was a long process getting to that point.”

Now 28, he’s been focused on performing and writing music for the last four years. When he’s not on the road, he’s found shoeing horses around north Texas, carrying on a trade he learned from his brother-in-law while in high school and college.

“I was living in Florida, and I had quit a job I was working and started playing beach bars,” Morris said. “I knew I had to move back to Texas, because there’s such a good infrastructure for music. I started working for my brother-in-law again and ended up starting my own shoeing business. Now I shoe horses Monday-Thursday, then go do shows for the weekend.”

At the end of December, he’ll share the stage with Abshier and the Nighthowlers.

“Last year’s roping and concert was such a big event that I was tickled to death they would even consider me to play it this year,” Morris said. “Sherry went to my CD release party earlier this year, and I’ve stayed in touch with Clif some, so it’s really cool that they’re having me play it. It’s incredibly humbling.

“This is where tradition country meets rock ’n’ roll. My stuff might be a little more laid back, because I like to talk to people and keep it pretty informal. Shae’s going to play loud and fast.”

It’s also going to be a fun night for the artists, cowboys, sponsors and all the fans who want to take it all in, just as it was intended to be.