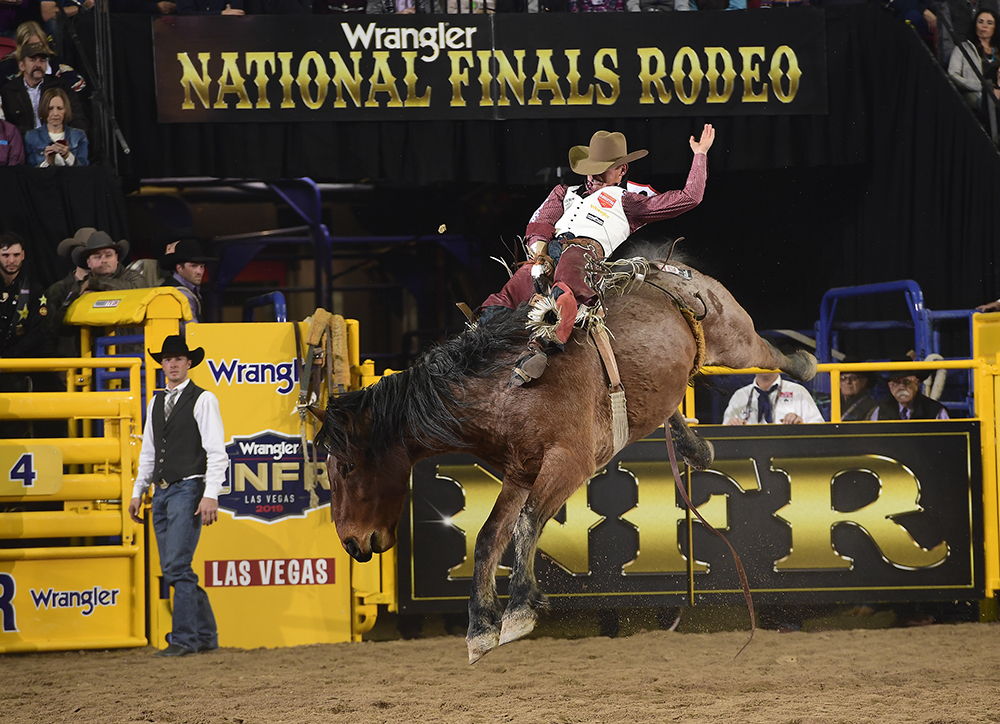 LAS VEGAS – Clayton Biglow has scored at least 90 points at the National Finals Rodeo a few times, but rarely has he marked such a high score to finish second.

“I’ve had some good starts in the past, and I’ve had some bad starts, but obviously, in this situation that I’m in, it’s great to have that,” he said. “I’m probably going to forget about it by the time I (end the night).”

He entered the 10-day championship No. 1 in the world standings and wants to leave as such and collect his first Montana Silversmiths gold buckle.

“Now its on to tomorrow,” he said, matter-of-factly mentioning that his focus remains steady on what lies ahead.

It all began with him knowing his horse well. Ain’t No Angel is one of the better-known broncs from Cervi Rodeo, a Colorado-based livestock firm

“I got on that horse in Houston this year,” said Biglow, 24, who attended Feather River College on a rodeo scholarship. “Out of all her trips this year, she probably had her weakest trip with me that day, and she was still good.

“That horse absolutely loves this arena. I think they’ve been 90 on her every time they’ve had her here.”

Biglow loves this place, too. A year ago, he won the fifth round and placed on six other nights, pocketing more than $110,000 in process.

“I’ll take second if that’s the worst it’s going to get here this week,” he said. “I’m one of those guys that if something good happens, I like to forget about it and work on what you did wrong rather than focus on what you did right.”