Smith starts off strong at the NFR

Home - Uncategorized - Smith starts off strong at the NFR 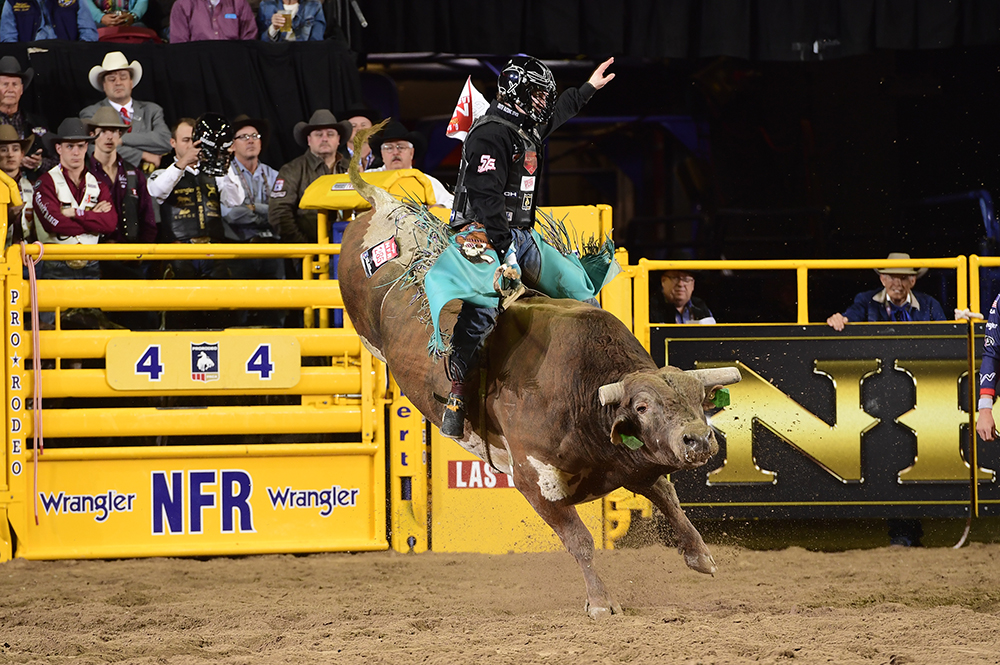 LAS VEGAS – Garrett Smith understands how important it is to get off to a good start at the National Finals Rodeo.

Apparently, the word is spreading in the bull riders’ locker room. During Thursday’s opening round of the 2019 championship, Smith was one of 10 cowboys to ride their bulls, a big number in an event that features not only the top 15 bull riders but also the top 100 bulls in the country.

In fact, Smith’s 87-point ride on Hy Test of Sankey Pro Rodeo & Phenom Genetics would have won many rounds inside the Thomas & Mack Center, but that didn’t happen Thursday. He posted the sixth-best ride of the night and settled for the smallest payout of the night.

Two years ago, Smith placed in a tie for third with an 85.5-point ride in the opening round. In his inaugural run at the NFR, an 87-point ride to finish second in the second round. That’s just a testament to the kind of opener it was at this year’s NFR.

The key moving forward is to continue to ride. It’s easier said than done, though. It’s been 25 years since a cowboy has ridden all 10 bulls at the NFR, last done by Brazilian Adriano Moraes in 1994. A year ago, Chase Dougherty rode seven of 10 bulls to claim the average title, which is worth $67,269 at the conclusion of the NFR.

But there is plenty of money remaining in the go-rounds. Each night, the winning bull rider will pocket $26,231. Heading into the final nine nights of ProRodeo’s grand finale, trails the leader, five-time world champion Sage Kimzey, by $124,002. If everything goes Smith’s way, he can move into the lead just after the NFR’s midway point.

In Friday night’s second round, he was set to ride Pete Carr Pro Rodeo’s Black Gold, a 6-year-old black bull that is bucking in Las Vegas for the third straight year. It’s just another golden opportunity for the Rexburg, Idaho, cowboy.