Blythe striving to be BFO’s elite 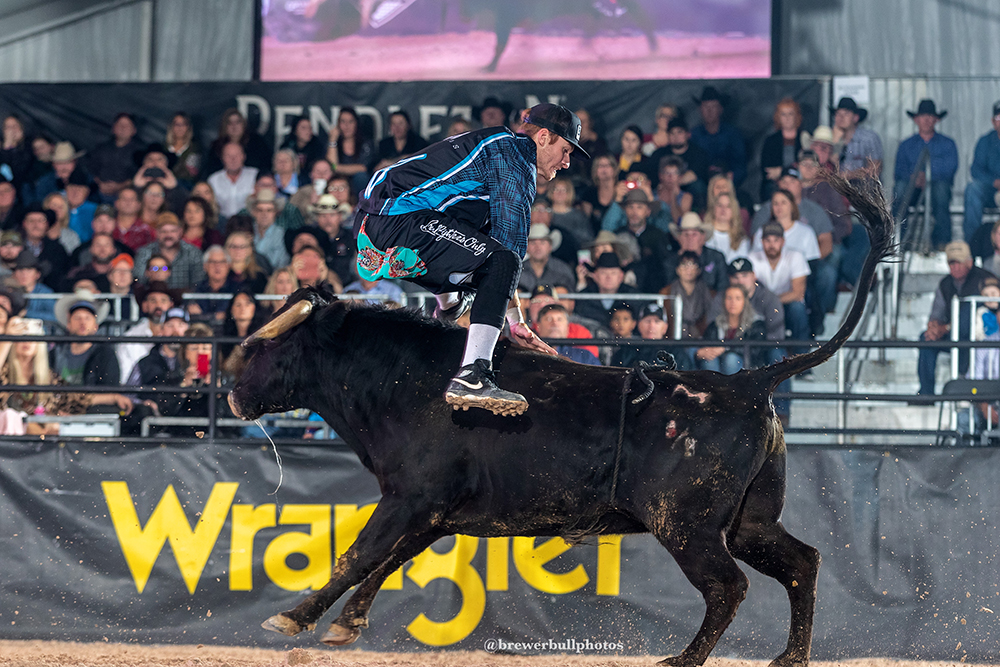 North Carolinian earns top seed with his victory in Qualifier Round

LAS VEGAS – In his heart, Chase Blythe knows he belongs among the very best in Bullfighters Only.

On Sunday afternoon at the Tropicana Las Vegas, he put himself in position to test his theory. He posted the highest-marked fight of the Qualifier Seeding Round and is now firmly in place for the Quarterfinals of the BFO Las Vegas Championship.

“This means the world to me,” said Blythe of Concord, North Carolina, who posted an 85.5-point fight and will now be matched head-to-head against BFO’s 12th-ranked bullfighter, Anthony Morse of Port Orchard, Washington. “I’ve watched the BFO for years. I came to Las Vegas last year and didn’t do any good. I want to prove that I can run with the big dogs, that I belong in the top 12.”

Sunday’s event featured the 12 bullfighters who advanced out of Friday and Saturday’s Qualifier Round matches. Blythe is matched against lowest-seeded man in the top 12; while the lowest score will face the No. 1 man, Aaron Mercer. Because he was the only bullfighter unable to finish his bullfight, Scrawney Brooks will face off against the man who has already clinched the BFO world championship.

Still, they all have a chance when the Quarterfinal Rounds kick off on Monday and Tuesday.

“Today was probably the best bullfight I’ve ever put on,” Blythe said. “I had a really good bull, and that made a lot of the difference.

“I’m also trying to win the United States Bullfighting title, so I wasn’t going to let it slip through my hands.”

The USBF was created to grow freestyle bullfighting on a grassroots level. Its partnership with the BFO allows up-and-coming bullfighters the opportunity to earn points toward the BFO Pendleton Whisky World Standings while gaining experience at USBF events.

Most of the qualifiers earned the right to compete in Las Vegas through their experience in the USBF. On Sunday afternoon, Blythe proved the concept is working.

“It was good to go to those bullfights, because they’re not as big, but you can get the same experience,” he said. “You get to work through those nerves and work through the problems you might have. So, when you come to these events, you’re ready.”

During his first bullfight on Friday, he was run over by his bull, suffering a contusion m on his calf and a head wound that would require six staples.

“I came into this knowing that whatever happens is going to happen and that I just want to put on a good bullfight,” Blythe said. “I wasn’t going to let what happened to me the other day show that I didn’t belong here.

“I’m just going to keep doing the same thing I’ve been doing, and that’s just enjoying fighting bulls. Just to be here is so exciting and so motivating for me, nothing else matters. The guys at Fit N Wise are keeping my body in good shape, so I don’t have to worry about my injuries at all.”