Larsen shines on a big night at NFR

Home - Uncategorized - Larsen shines on a big night at NFR 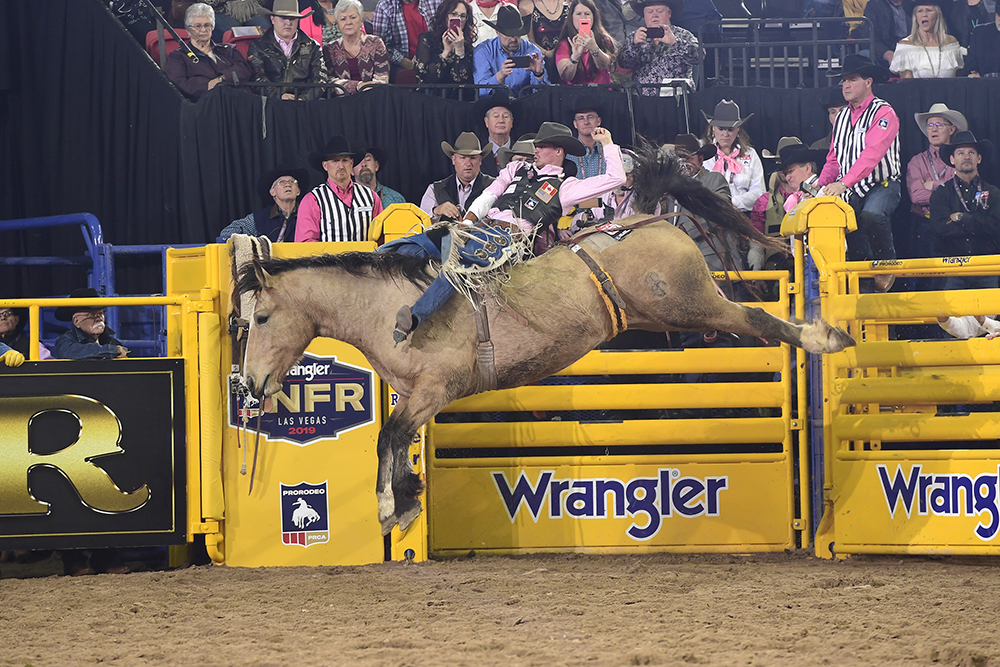 The fifth round in Sin City is called the “TV Pen,” featuring the most electric bucking horses in the business. Matched with the top 15 cowboys in the sport, it was a sparkling night of big-time rides, highlighted by four rides that were at least 90 points.

“Four 90s in one performance … holy cow,” said Orin Larsen, who was 91 points on Frontier Rodeo’s Gun Fire to finish third in the fifth go-round, worth $15,654. “Anyone who went could definitely be 90. That is one of the best pens of horses I have seen in a very long time.

“Everyone is riding really good. The horses just love this arena, so it was pretty spectacular.”

The world standings leader, Clayton Biglow, posted the biggest score of the night with a 92.5-point ride, just a half point off the arena record. Tilden Hooper was 92, and Larsen jumped in with his score to catch his third payday through five rounds of action inside the Thomas & Mack Center.

“I knew Gun Fire was definitely going to be the horsepower,” said Larsen of Inglis, Manitoba, now living in Gering, Nebraska. “That horse rides like a Cadillac until he goes straight, then he feels like a Mack truck.”

He has a little history with Gun Fire, though the two hadn’t been matched together before. At the Cody (Wyoming) Stampede earlier this year, Larsen led through most of the rodeo, then was upset on the final day.

Through five nights in Las Vegas, Larsen has pocketed $54,000 and has moved to No. 2 in the world standings. He is a little more than $18,000 behind Biglow with five nights left in the 2019 season.

“Now we’ve got things clicking the way they should be,” Larsen said. “We will just carry on to the 10th round.”