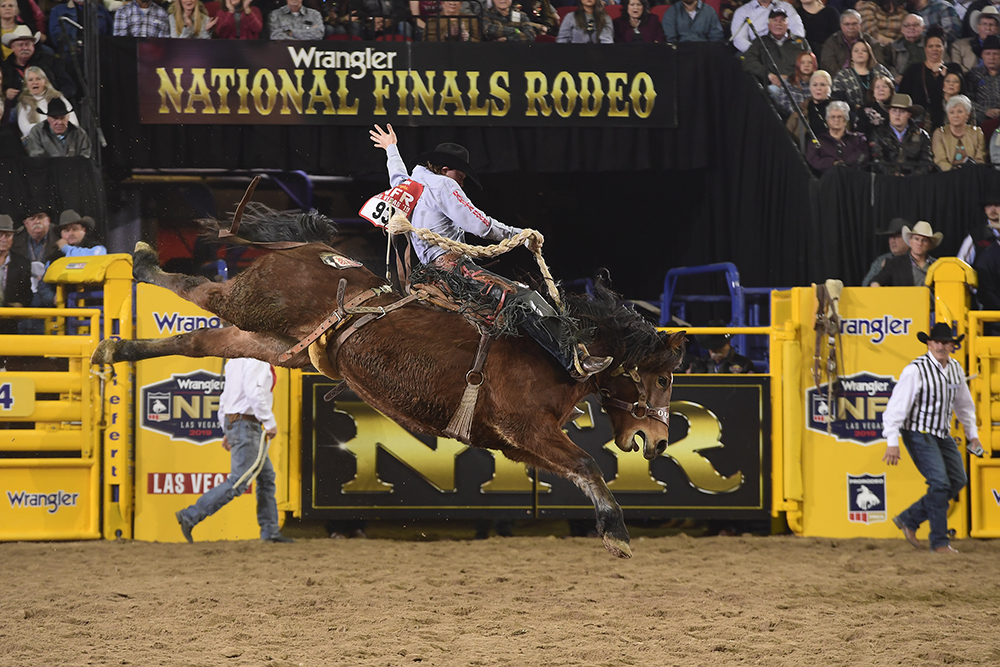 Gordon and the bay bucking horse matched moves for 85 points to finish in a three-way tie for fourth place in the sixth round of the National Finals Rodeo, and the Oklahoma cowboy pocketed another $7,333.

“I got on him in the short round at Pendleton this year,” said Gordon, who was 89 points to win that round and the average title at the big, Oregon rodeo in September. “It went really well there. I was expecting a lot better today, but the flank wrapped around my foot coming around the corner, and it popped me out of (the saddle).

“I got to finish him how I wanted, got some money, and that’s all that matters right now.”

It marked the second straight night he’d cashed in at the NFR. He has pushed his Vegas winnings to $19,449 and moved his season earnings to $110,519. Better yet, he has four more rounds remaining on the 2019 season to keep adding to those totals.

“All the bugs are out now,” said Gordon, 22, of Comanche, Oklahoma, now competing in ProRodeo’s premier event for the first time in his young career. “I’m ready to get everything rolling. Coming into that first day, I was moving around a little too much. I was wanting to do so good that I was just overthinking everything.

“You don’t realize how much pressure is here until you are a couple of days in and everything gets set in, and you get it figured out.”

It will get a bit tougher on the bronc riders Wednesday and Thursday. They face the “Eliminator Pen” in Round 7 – only four cowboys earned qualified rides the first time that group of horses were out – and the semi-eliminators Thursday. Gordon isn’t concerned, though.

“Those horses fit me a little more,” he said. “They don’t let you think about things. On horses that are a little nicer, a guy can get to thinking about it. With those that buck, you just have to hope for the best.”

He also has something different in his back pocket than the first time he faced the rank broncs.

“My confidence is way up from the first couple of rounds,” Gordon said. “I feel back to my old self. We are ready to go.”