Biglow is having a dream NFR

Home - Uncategorized - Biglow is having a dream NFR 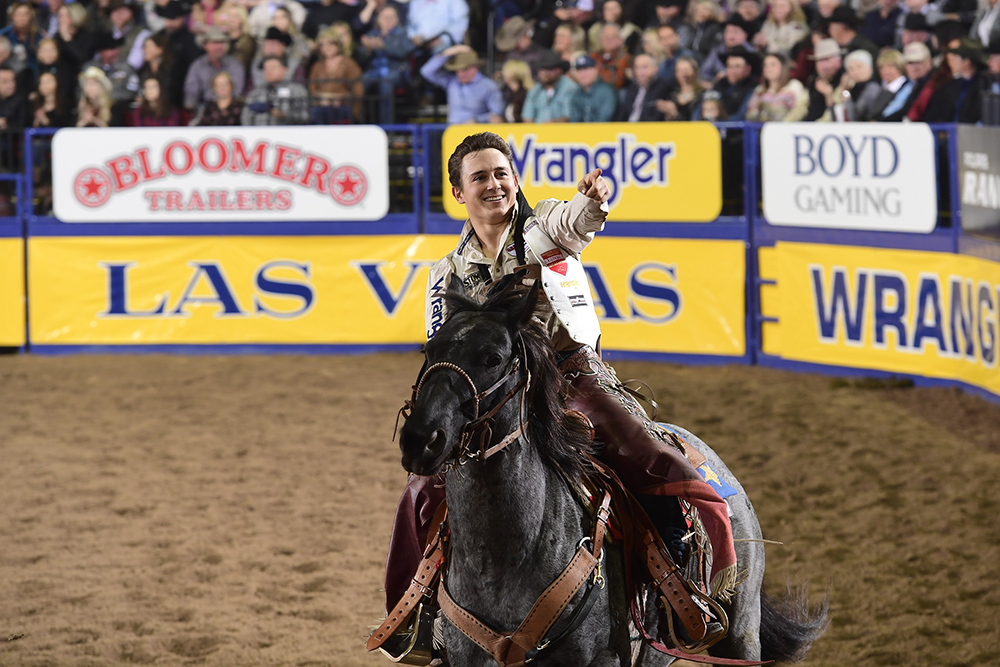 LAS VEGAS – If the past eight days have been a dream, Clayton Biglow doesn’t want to wake up.

“When you are lying in bed and thinking about the NFR a week or so out, you just lay there and dream of a finals like this,” said Biglow, who has placed in six of eight National Finals Rodeo rounds, including at least a share of the last four go-round victories in a row, and earned $137,064 over that stretch. “To have this happening right now is unreal.

His fourth NFR is his best NFR, and the cowboy from Clements, California, is just 23 years old. He’s actually $20,000 ahead of his 2018 NFR earnings, and there are two nights left in Las Vegas.

He also is No. 1 in the average race, having ridden eight horses for a cumulative score of 705 points. That’s an 11-point advantage over the man in second place, the three-time reigning world champion Tim O’Connell. Both are on pace to set the NFR average record of 860.5, set by Kaycee Feild in 2011.

He could try to coast through the final two rounds and claim the world championship, but that’s not who Clayton Biglow is.

“This year, I don’t care what runs under me. I am going to give it 110 percent, going at it like I’m sitting 15th and I’ve got to make up every penny I can. I am going to ride for first every single night.”

He won the round Monday with a 92.5-point ride, then shared the title in Round 6 with two other cowboys with an 88.5. He was 91.5 to win Wednesday, and he matched moves with Frontier Rodeo’s Showstomper for 90 point to win Thursday’s eighth round. Those four rounds make up $99,565 of his NFR earnings.

It was a great night for Biglow to showcase his talent on the most difficult horses to ride in the sport, the “Eliminator Pen.”

“We’ve all got buckers,” he said. “You’ve got to bare down and give it all you’ve got. I love the energy in the locker room during the E Pen, because everyone has their teeth gritted and are ready to fight. It’s a war zone back there.  I love it. I eat it up. Everybody feeds off each other.

“It pumps you up and makes you come out and ride for first.”