Aus getting the right advice at NFR

Home - Uncategorized - Aus getting the right advice at NFR 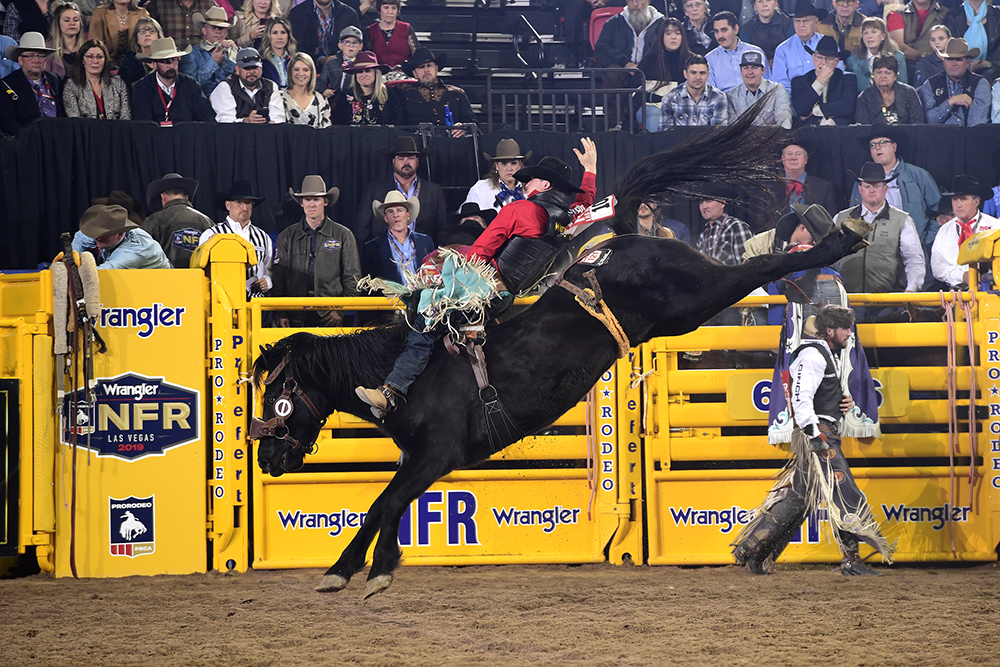 “My dad is still my harshest critic and my closest mentor,” said Tanner Aus, who rode Cervi Championship Rodeo’s William Wallace for 88.5 points to finish in a tie for third place in Friday’s ninth round of the National Finals Rodeo. “He watches and picks apart my rides.”

“Of course, my traveling partners are always on me, too, but my dad will always tell me the truth,” he said. “He sees the things I need to work on, and I really appreciate that.

It’s helping over the course of the first nine rounds of ProRodeo’s grand championship. He’s pushed his season earnings to $160,345 and sits eighth in the world standings with the 10th round remaining.

Of course, it helps to be matched with top-caliber horses via the random draw, which is exactly what Aus found in William Wallace. It was the third time the two had danced across the arena, so Aus knew what to expect.

His only hiccup came in the first round of the NFR, when he was saddled with a no-score. That took him out of the all-important average, which pays a bonus of more than $67,000 to the cowboy who has the best 10-ride cumulative score when the championship concludes Saturday.

“It’s been great, and it showed that you can be out of the average and still have a great NFR,” said Aus of Granite Falls, Minnesota. You have to keep your head on straight and still go for round wins. I’ve been trying my guts out, and it’s been a blast.”