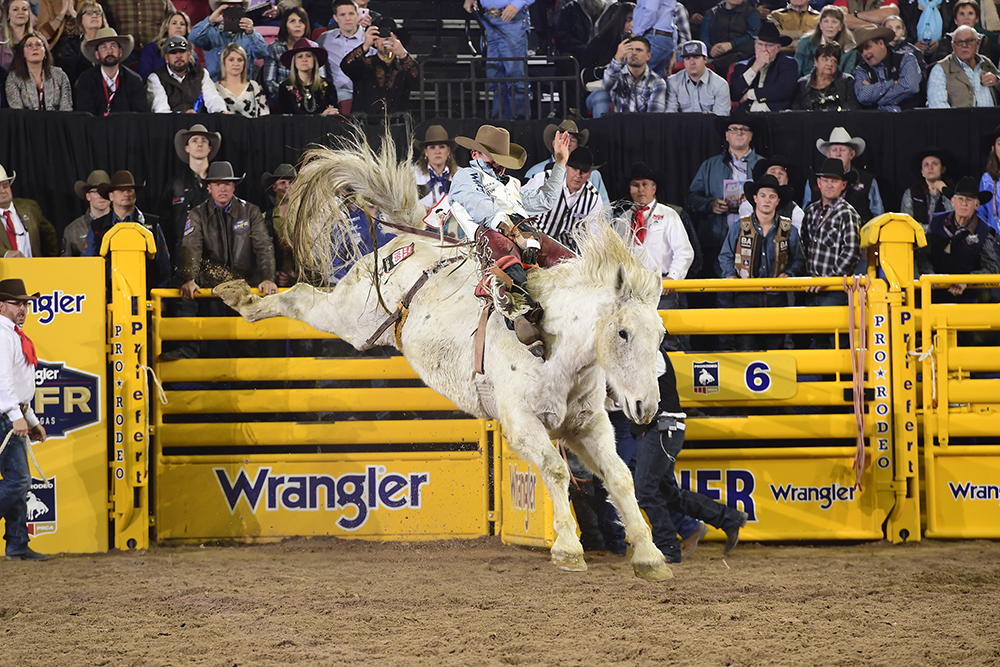 Just before he nodded his head, the official on the back of the chute tried to inform the California cowboy that he would have to take a re-ride. Biglow nodded his head, made the ride and scored 86 points. He was originally scheduled to finish tied for fifth in the round, worth $5,500.

That’s OK, though. Biglow is on pace to break the NFR average record set in 2011 when Kaycee Feild scored 860.5 cumulative points on 10 rides. Biglow sits at 793.5 on nine rides, meaning he needs just a 67.5-point ride to break the record.

That same year, he was the Professional Rodeo Cowboys Association rookie of the year. Just four seasons later, he has a firm grasp on the Montana Silversmiths gold buckle.