Weatherford is ready for rodeo 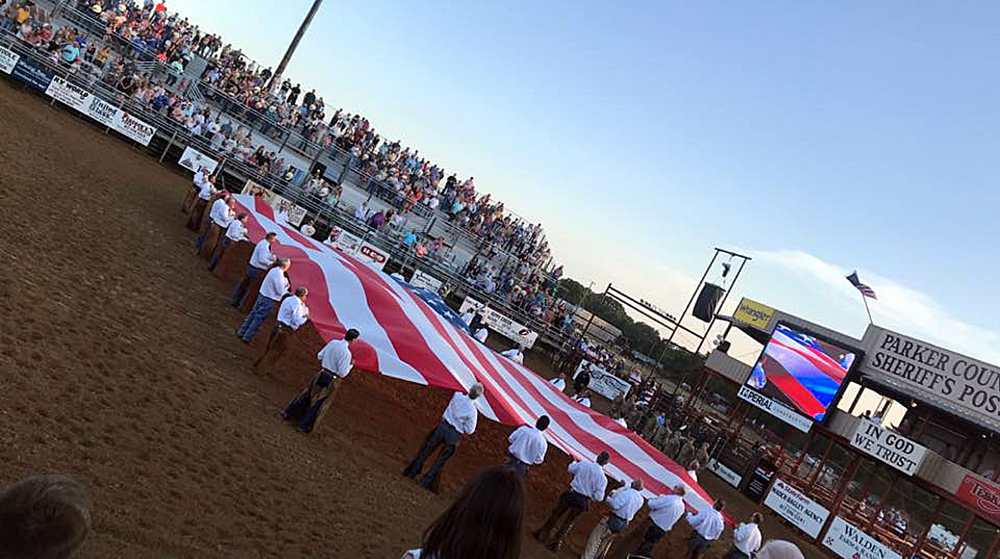 WEATHERFORD, Texas – Parker County is situated deep in Texas rodeo country, with cowboys and cowgirls stretched across its 910 square miles.

There are world champions and day workers, all unified in a common belief about the game they love. It’s one of the reasons why so many people are interested in the Parker County Sheriff’s Posse Frontier Days and PRCA Rodeo, set for 8 p.m. Wednesday, July 8-Saturday, July 11, at the Parker County Sheriff’s Posse Arena; that also includes the Xtreme Bulls competition at 8 p.m. Tuesday, July 7.

“We really needed to have our rodeo,” said Rick Wilson, chairman of the Parker County Sheriff’s Posse, which organizes the annual rodeo. “We were just getting inundated with calls about having the rodeo. It was something we felt we needed to do if it was safe to put on.”

The Professional Rodeo Cowboys Association has estimated that approximately half of its roughly 700 rodeos have been or will be canceled due to the COVID-19 coronavirus pandemic. Many others, including the one in Weatherford, have been postponed.

“We did a lot of juggling when it came down to picking our dates,” Wilson said. “Once we canceled for our regular dates in June, we had to pick the weekend that worked best for us and for our contract people. So, in July, our announcer, Andy (Stewart), could come; our stock contactor, Pete Carr, could come; our clown, Keith (Isley), could come; and our sound man (Josh Hilton) could come.

“Put that all together, and that was the main thing about that week. It’s pretty rare to have that many people be able to have the same week available, so we took it.”

All are vital to the success of Weatherford’s rodeo, which has been recognized as one of the top rodeos in the country with its nomination for medium rodeo of the year a few seasons ago. Carr and Stewart are regular nominees for end-of-the-year awards in their respective categories; Hilton is a two-time winner of Sound Director of the Year; and Isley has been named Clown of the Year, Comedy Act of the Year and Coors Man in the Can multiple times in his career.

“I think it’s a really big deal and an accomplishment of having a rodeo with all this stuff that’s been going on,” Wilson said, also noting that there will be a concert on the grounds after each performance of the rodeo and bull riding. “Everybody’s ready to go for it.

“We’re very proud of the contract personnel we have for our rodeo. Pete’s the best stock contractor we could have. Keith is always great. Andy is the heartbeat of the rodeo, in my opinion. Your announcer is one of the most important things out there. Andy’s the best in the business.”

While there is excitement, there have been many hurdles to climb; the biggest, of course, has been the pandemic.

“The challenge we faced was having our rodeo or not,” Wilson said. “We waited until the last day to make the call if we could have it in June.”

As rodeo fans consider their next moves, the posse is going to follow state guidelines. As of mid-June, crowds for that type of venue were to be about 50 percent, but the committee is hoping for even better.

“We’re hoping by showtime that we could be pretty much open,” he said. “We’ll have signage out and hand sanitizers all over. We’ll do our best to sanitize the whole place after each rodeo, wiping down the hand rails and the seats. We’ll have several stations for people to clean their hands.

“I think the best part of our rodeo is bringing the community together. There are people that haven’t missed a rodeo for 50 years or better. It’s better than a high school reunion for a bunch of Parker County natives.”

Reunions are gatherings meant for friends and families, but the Parker County Sheriff’s Posse Frontier Days and PRCA Rodeo is just another cause to celebrate.