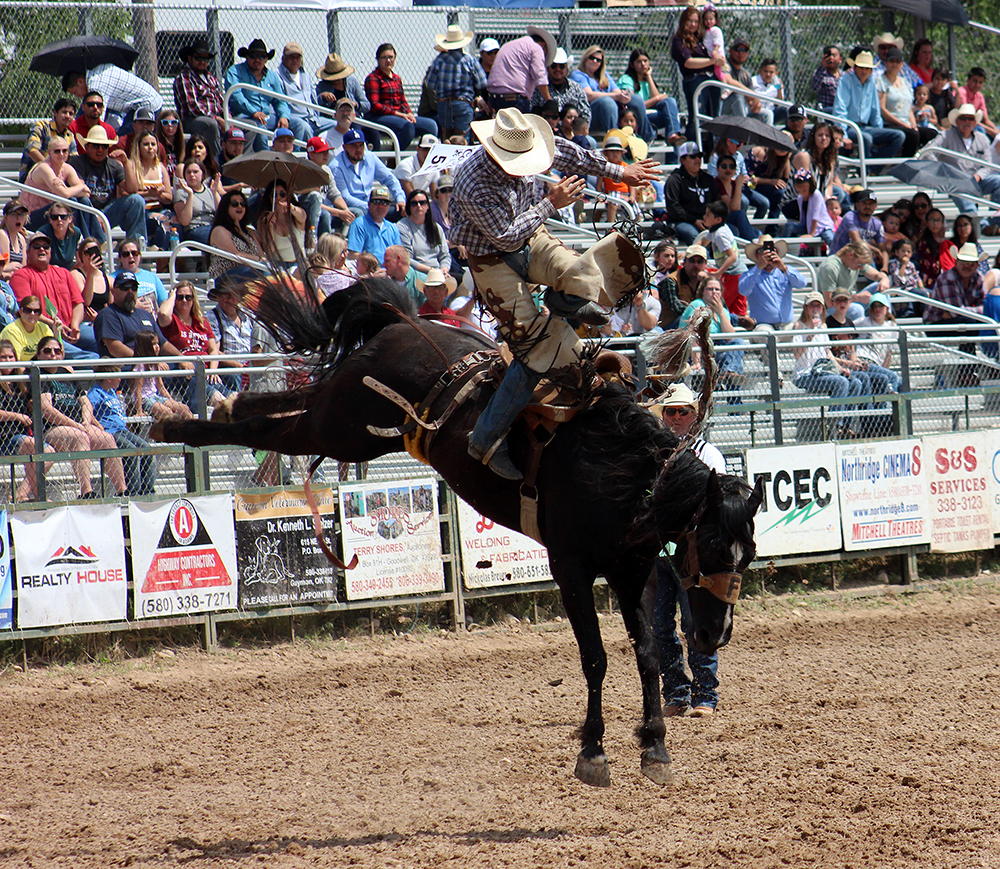 GUYMON, Okla. – Since 2015, no livestock producer in ProRodeo has received more accolades than Frontier Rodeo.

Based near the northwest Oklahoma community of Freedom, Rodeo Manager Heath Stewart has developed the perfect combination of amazing animal athletes and entertaining production to engage fans nationwide.

It’s why Frontier Rodeo has been named the PRCA’s Stock Contractor of the Year each of the past five seasons and why it’s the primary livestock producer in charge of operating Guymon Pioneer Days Rodeo, set for 7:30 p.m. Friday, Aug. 21; 2 and 7:30 p.m. Saturday, Aug 22; and 2 p.m. Sunday, Aug. 23, at Henry C. Hitch Pioneer Arena.

“Heath and the rest of the Frontier crew do an amazing job with our rodeo,” said Mitch Egger, chairman of the volunteer committee that organizes the rodeo. “We typically have seven days of competition, and they handle everything very well. This year’s rodeo will feature one less day, but it’s just as much of a big task, if not more this year. We expect as many contestants, so instead of running all of our barrel racing slack on Friday, we’re going to run that Tuesday and Wednesday evenings.

“That should help things run as smoothly as possible. We’ll have steer roping those two days and barrel racing those nights. We’re also going with just two rounds instead of finishing out the weekend with a progressive third round in tie-down roping, team roping and steer wrestling. That should make it a little smoother, too.”

That’s because the COVID-19 coronavirus pandemic has delayed Pioneer Days from its traditional first-weekend-of-May dates to late August. It also has forced the cancelation of many other rodeos nationwide, so the opportunities for cowboys and cowgirls has been greatly diminished.

When rodeos are available, the number of contestants has been high. Rodeos that have taken place in this region have seen contestant entries at a record pace, but the volunteers that make Pioneer Days Rodeo happen are used to that. Nearly 1,000 cowboys and cowgirls make their way to the Oklahoma Panhandle every year, and this year should be no different.

Timed-event contestants will all compete in two go-rounds to help the process, but it’s still a labor-intensive workload for volunteers and Frontier crew.

“We know they can handle it,” Egger said. “Just to have a rodeo in a year like this is amazing, and we’ve worked hard to make it happen. Of course, it’s always a nice feeling to know we’ve got Heath and his team with us.

“It’s also nice to know the types of animals that will be in Guymon that week.”

“It’s a rodeo I really want to win. I’ve placed a couple of times, but that’s about all the luck I’ve had. I know when we get there, we’ll see horses like Gun Fire, Full Baggage and Showstomper … all the monsters. You have a chance to get on fire-breathing dragons and spur them, and you can do really good.”