Casper on a big run in ProRodeo

Home - Uncategorized - Casper on a big run in ProRodeo 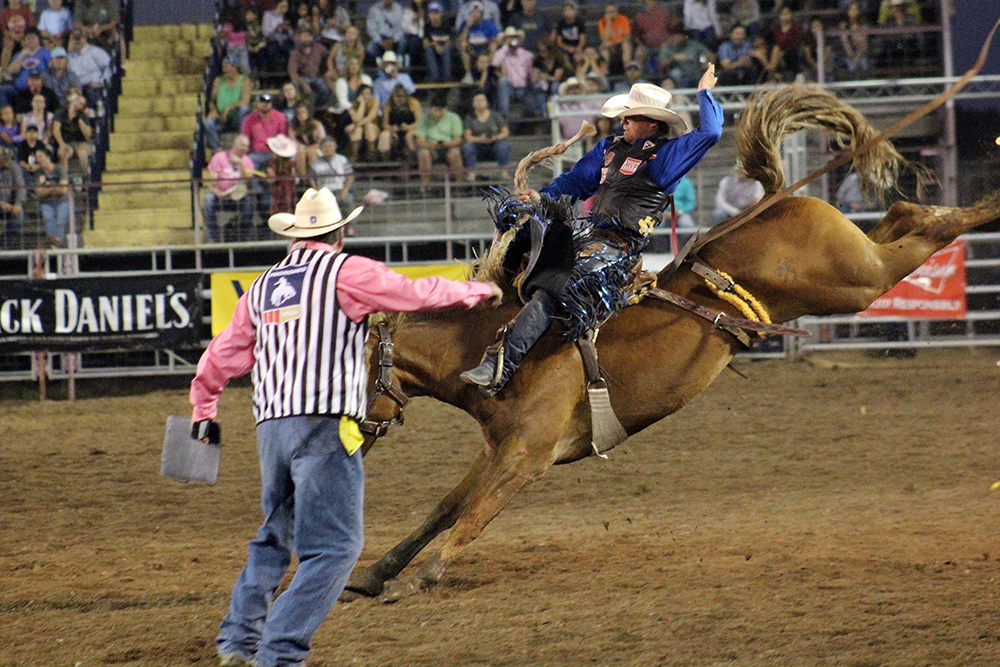 GUYMON, Okla. – Truth be told, Wyatt Casper wasn’t quite sure what to do with the $600,000 he earned in March for winning The American.

He’s figuring it out pretty quickly.

“We bought us some land and put us a house out there,” Casper said of his spread near Miami, Texas, about 80 miles northeast of Amarillo, Texas. “We’re building our forever home. My brother-in-law bought a ranch out there, and he has 12,000 acres. I figured whenever I was home, I’d be able to ride some horses and be able to train some horses for my wife to run barrels on.”

His is a much different lifestyle than it was even a year ago. Because The American offered such an amazing purse, only a portion of his take counts toward the ProRodeo world standings. Casper was awarded $100,000 for winning the saddle bronc riding total and $500,000 for being one of just two contestants to win after going through the qualifier ranks.

Each qualifier that wins the top prize in his or her respective event is eligible for the $1 million side pot. Both Casper and New Mexican tie-down roper Shad Mayfield were the two qualifiers to claim the titles. However, of the $100,000 first-place prize, only $50,000 actually counts on the PRCA’s money list.

“I’d really like to go into the NFR winning the most money,” Casper said of the National Finals Rodeo, which features only the top 15 contestants in each event as they battle for world championships. “A lot of people are asking why I need to go win more money. This is what we do to make a living, so I want to try to get the getting while the getting’s good.”

“We weren’t dedicated to going to the rodeo every year, but I watched it a few times,” Casper said. “I went to the carnival a few times, but that’s really I remember from my childhood.

“It’s the closest rodeo to home for me, and I know I’ll have a bunch of family and friends there watching it. It’s one of the bigger ones that weekend, so it’ll be nice to get a good check out of there.”

The way the season’s gone, he has a great chance. Even if The American didn’t count, he has earned $93,643, which would still give him the world standings lead. Instead, he owns a lead of nearly $70,000 over the No. 2 man, 2017 world champion Ryder Wright.

“Bronc riding is a lot like a roller coaster,” Casper said. “There are a lot of ups and downs. In years past, I was getting on horses that weren’t as good as the ones I’m getting on now.

“I’ve been getting on good horses, and my confidence is through the roof. I’m just out here having fun.”