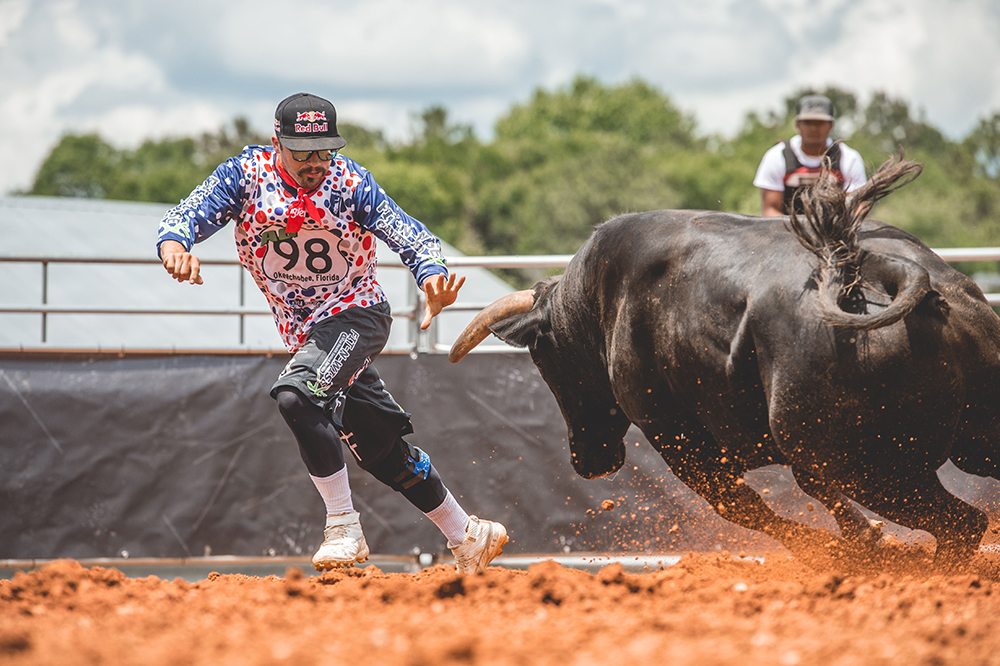 Action-packed Arcadia Roughstock UBF to be broadcast on Wrangler Network

ARCADIA, Fla. – There is so much hype centered around the Arcadia Roughstock UBF, the event is receiving national coverage.

The Wrangler Network will present a live broadcast of the Premier Bulls Tour and Ultimate Bullfighters showcase, set for 7 p.m. (Eastern) Saturday, Sept. 5. Finding the show is as simple as logging onto WranglerNetwork.com.

“The cool part of having it on the Wrangler Network is that it opens the door for more and more people to have a chance to watch it,” said Riley McKettrick, a UBF bullfighter from Arcadia. “It allows them to see that rodeo, bull riding and bullfighting are true sports.”

The handy piece of the broadcast is in its accessibility. Mobile devices allow for anyone to watch such programming anywhere. Of course, none of this would be possible without the Arcadia All-Florida Championship Rodeo, which is the promoter of this event.

“Thank goodness the Wrangler Network is coming,” said Robert “Blue” Jeanes, a recently retired bullfighter who will serve as one of the announcers. “Those people on that rodeo committee are wonderful, and they are putting this thing on and making it happen.”

That’s important in a year that’s seen so many cancelations because of the COVID-19 pandemic. Jeanes, who recently worked his last rodeo as a protection bullfighter after 25 years in the business, is making the transition to the microphone, but it should be rather seamless.

“I’ve put on five or six freestyle bullfights, and I’ve done announcing at those,” he said. “As time went on, I started picking up some amateur rodeos, so I’ve been getting my feet wet.”

His focus, though, wasn’t always on the protection side of the bullfighting action. He joined the original Wrangler Bullfight Tour as a rookie in 1999 and competed in 2000 before the tour was shut down.

“Just about every bullfighter that’s going to be in Arcadia, I either saw them start or I helped them start,” Jeanes said. “I really enjoyed helping the young guys as I was getting toward the end of my career. I know those kids like the back of my hand.

“With that knowledge, I’ll be able to let the people in the grandstands know more about those kids, too.”

One person he knows the book on is McKettrick, who has proven himself quite well over the last few years. He’s excited to have the UBF in his own backyard.

“It’s a really big deal to me,” he said. “They’ve only gotten to see freestyle bullfighting there once, and I didn’t do really good. This is a shot at redemption for me to do better in front of my hometown crowd.

“My friends and family can come watch it, and they can be there to support me. I feel like I have a home field advantage.”

He should. While many don’t know of Florida’s vast ranching history, McKettrick does, and so do the people who make their livings in the Western lifestyle. Still, this showcase is about competition and entertainment and letting go of months of isolation.

“It’s the action, the danger that attracts people to freestyle bullfighting,” Jeanes said. “These kids have taken it to a new level. At my very best, I’m not sure I could even pull a check round They’re doing things now that are just incredible. They’re adding elements I didn’t think I’d ever see in freestyle bullfighting.

“It’s a way better product than it used to be. It’s pure excitement.”