Pope sees a bright NFR for himself

Home - Uncategorized - Pope sees a bright NFR for himself 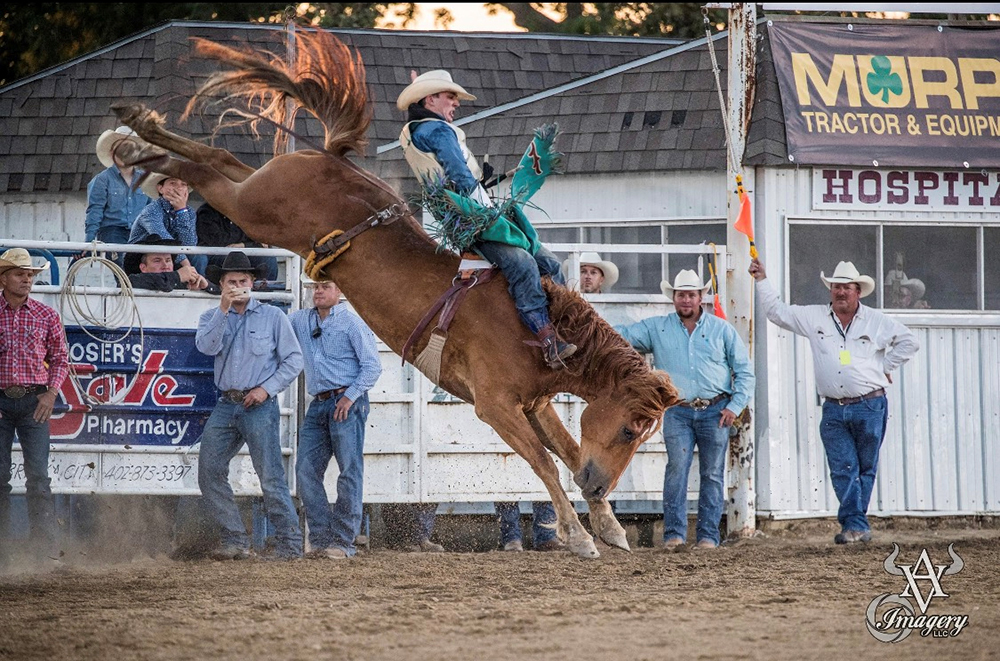 WAVERLY, Kan. – Jesse Pope didn’t grow up in a typical rodeo family, but that didn’t deter him from developing a passion for the sport.

“This is everything I’ve dreamed about since I was a little kid,” Pope said. “I’ve wanted to make the NFR and be a world champion. I still have some dreams to fulfill, but at least I filled one of them.”

His dreams have revolved around rodeo, a sport in which he’s competed most of his life. What’s more telling is that neither of his parents ever competed; they have just supported him along the way and have sown that with his younger brothers, Ty and Judd.

“Rodeoing this year was difficult,” said Pope, who credits his sponsors – Panhandle and Rock and Roll Clothing, Resistol, Bloomer, Veach’s Custom Leather, Emporia Livestock Sales and T Bar T Cattle Co. – with helping him get down the road. “It was harder to fly to rodeos, because there were so many flights canceled.

“At every rodeo you went to, you were competing against the best in the world. You were riding against the top 30 everywhere you were nodding your head. There was no room for mistakes. I think this year was a lot tougher to rodeo and make money than it was last year.”

And travel they did. With fewer rodeos, cowboys were forced to the highways more and riding less. It just came with the change. It also meant that many of ProRodeo’s largest events were canceled with the fear of the pandemic driving away large crowds and opportunities to support communities.

“There wasn’t a set track of rodeos,” said Pope, a senior at Missouri Valley College. “Usually you can make a run. If you were going to the West Coast, there were four rodeos you could go to within an hour. There just wasn’t that opportunity this year.

“We went from Weatherford, Texas, to Vernal, Utah, overnight. There were a lot of overnight drives.”

That’s what it takes to compete at a high level sometimes, especially in a world gripped by COVID-19. For a young man just wrapping up his second campaign in ProRodeo, it provided incredible lessons; he’s used to that. In 2018, he was the champion of the permit holders challenge in Las Vegas. The next year, he finished second in the race for the Rookie of the Year title.

His career has been a pattern of steady growth since he was a child. He began riding roughstock ponies at age 6, thanks to a man named George Steinberger, who operated rodeo bible schools and conducted practices every Tuesday in Richmond, Kansas. That’s where Pope got his start, much like world champions Jeffrey Collins and Will Lowe, two other well-known Kansas cowboys.

Pope began competing in an all-roughstock association based in Kellyville, Oklahoma, and it wasn’t long before his parents, Bret and Jennifer, developed a sister group in Kansas. In fact, his parents also invested in bucking ponies, and it all has led to his introduction into ProRodeo, where he proved to be one of the best in 2020.

“I don’t know how my parents did it,” Jesse Pope said. “They busted their butts to make sure I got to do it.

It wasn’t always just roughstock for Pope. He did some day work with his middle brother, Ty where they roped a ton of wild cows.

“I team roped quite a bit and chute-dogged in junior high,” he said. “That’s how I annihilated my ACL, so I quit after that.”

He continued to battle for all-around points until he finished his high school career.

It’s a good thing. He finished the 2019 campaign in 28th place in the world standings and remained among the leaders all this season. Only the top 15 money-earners at the end of the regular season in each event qualify for the NFR, and only the contestants with the most money earned at the conclusion of the finale will be crowned world champions.

“Being around Tim is awesome,” Pope said. “He’s a very driven individual, and I love it. There are always positive vibes in the truck. We always strive to make each other better. I wouldn’t want to travel with anybody else.”

That process also turned into educational. In addition to his studies at Missouri Valley, Pope realized the opportunities before him as he rode every mile with the three-time champ. He plans to utilize every lesson as the two of them ride for ProRodeo’s gold at Globe Life Field, home of the Texas Rangers and the 2020 World Series.

“Vegas is Vegas, and it seems to be a fitting place for the NFR with a lot of money and a lot of gambling,” he said. “It’s a little bittersweet to not be going there, but I think it will be cool in 20 years or 30 years to think that my first NFR was at a baseball stadium in Arlington, Texas.”

How is he getting ready for the toughest 10 days in the sport?

“Before you get on a horse, you visualize how the ride’s going to go. When it’s time to get on, you just carry that over into the chute.”

He’s been successful so far, and he’s already visualizing what things will look like at his first NFR.