Casper finds a zone on Night 1 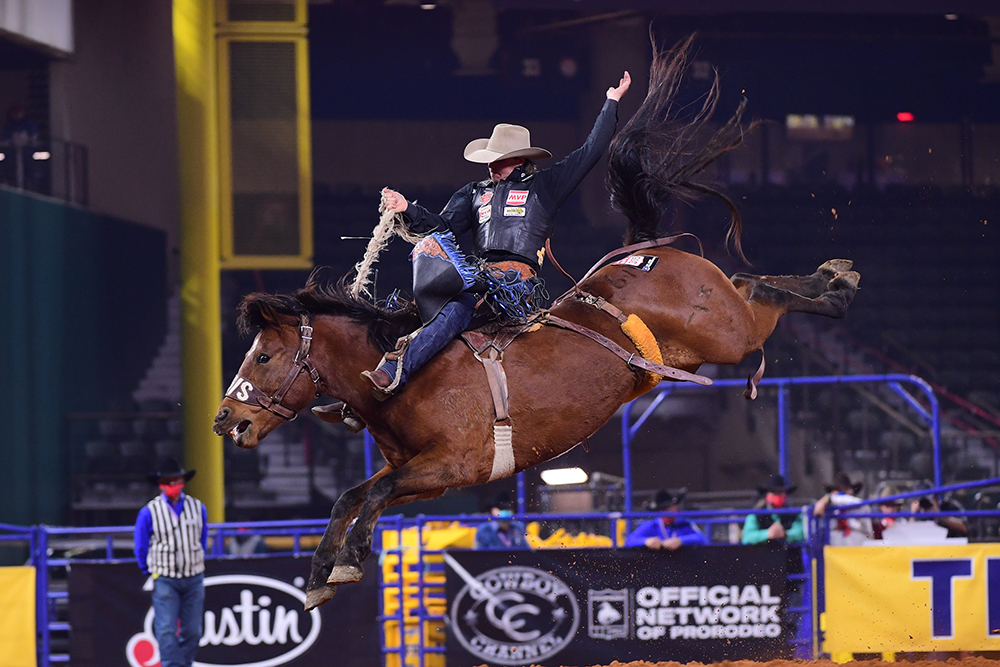 Casper is familiar with the family-based rodeo company that’s been around as long as the Professional Rodeo Cowboys Association. He’s seen plenty of good animals over the years, even in his relatively short career of five years. That’s why he felt very comfortable during the first round of his first National Finals Rodeo.

“I don’t think I could have hand-picked a better horse to get on,” Casper said after his 85-point ride on Beutler’s Nutrena’s Rage to finish fourth in saddle bronc riding on opening night and earn $11,000 in the process. “I was a little nervous crawling down on him in the chute and still a little nervous on him out in the arena. It was a fun, great ride.”

Yes, it was. Casper showed off the style that not only carried him to ProRodeo’s grand championship for the first time, but sent him into the NFR atop the world standings. He remains there with nearly a $30,000 lead over the No. 2 man, former world champion Ryder Wright.

Alas, Wright finished a spot higher in the go-round and closed the ground, which is what makes the NFR so exciting. Many things can happen over a 10-day championship.

“I’ve been on this horse in Tucson (Arizona) in ’19, and I was 84.5 points on him there,” Casper said. “It’s nice to gain a half point on him, especially at the NFR. That’s a good-feeling sucker.  I’ve seen him a bunch, and he’s got the same trip every time. The Beutlers have a really good horse with that one.”

That’s what the NFR features. Not only is it home to the top 15 contestants in each event, the rodeo features the top animals from across the country. The cowboys select them, so they know what’s going to give them the biggest tests and what’s going to offer them the best opportunity to cash in at the NFR.

Collecting any cash in a setting like this is big, but it was especially critical for Casper. He needed a pick-me-up, and a first-round payday was just the thing.

“I’ve been nervous for two weeks, and I was really nervous all day leading up to it,” he said. “Once I hit the ground, I had a bit of weight lifted off my shoulders. A week ago, I went to Gruver, Texas, to get on three practice horses. I fell off two horses and rodeo one. That made me real nervous to come out here.

“Getting this one rode, I hope this will just steamroll things for me.”

It was definitely a confidence-booster.