Casper cashes in for 2nd time 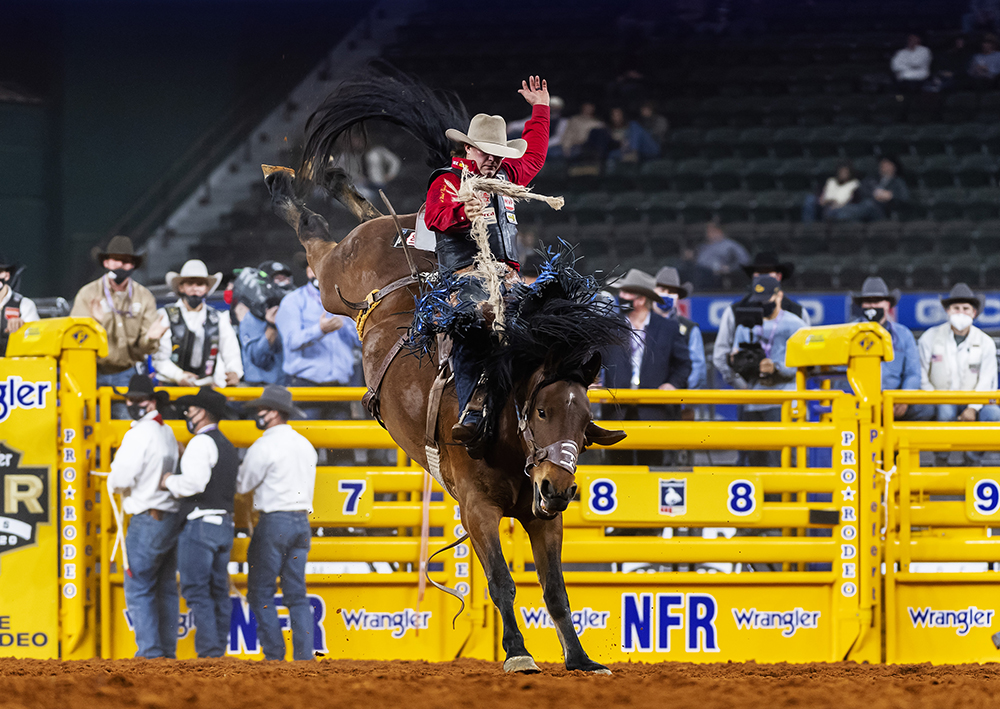 ARLINGTON, Texas – Wyatt Casper was just moments away from his first go-round victory on Friday night during the second performance of the National Finals Rodeo.

Casper matched moves with Powder River Rodeo’s Miss Valley for 89 points to thrust himself into the saddle bronc riding lead. Then 2017 world champion Ryder Wright took his shot, and Casper fell to second place by a single point.

“That just shows the caliber of the guys that are here,” said Casper, 24, of Miami, Texas. “I’ll take second place every round if they let me.”

“That horse tonight was a lot snappier tonight than what I was expecting out of him,” he said. “When I first crawled in the chute, he smashed me and knocked the air out of me. Then he got ahead of me out of the chutes. That sucker was bucking, so I just kept lifting hard.”

In bronc riding, the rein is the leverage point to help the cowboy not only stay in the saddle, but lifting the rein as the animal bucks allows each man to perform at a high level. As the spurring stroke happens, the cowboys want to make sure their feet are in the proper place each jump.

Half the points are given for how well the animal bucks, while the cowboy earns the other half for how well he rides in rhythm with the horse. To get a score like 89 points, everything had to go well for both athletes.

“You can feel it when you’re beating him to the ground,” Casper said, referring to his spurring motion returning to points above the animal’s shoulders as its front hooves hit the ground. “You know it’s good, then you just hope the judges feel the same.”

He is one of four cowboys who have placed in both the opening rounds of this year’s championship. He has the second-highest cumulative score on two rides, just a point and a half behind Wright.