Pope does a little Bar Talk at NFR

Home - Uncategorized - Pope does a little Bar Talk at NFR 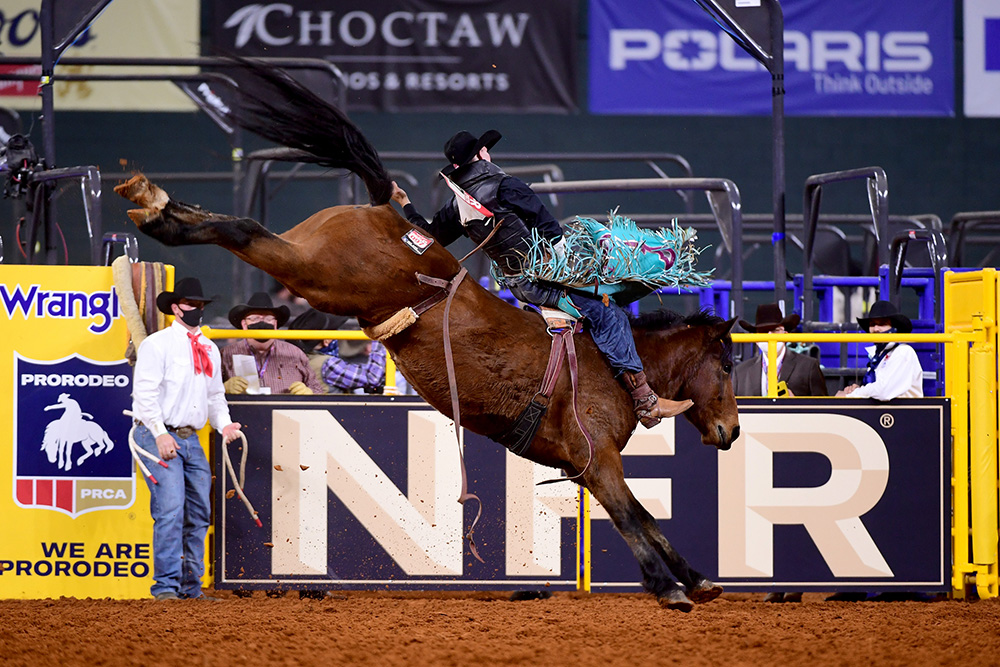 ARLINGTON, Texas – It’s taken three nights for Jess Pope to find his way back to the pay window at the National Finals Rodeo.

“I feel like I’m riding better than I ever have,” said Pope, 22, of Waverly, Kansas. “I’m just not worried about the money too much. I’m riding bucking horses and living the dream. When you go to focusing on the money, it’s going to affect your riding. I’m just taking care of my job.

“They pay me to ride them. They don’t pay me to write the scores down. I’m really happy with how my finals is going. I’m riding very consistent, strong, and I’m ready for these last three just to see how it pans out.”

Should he remain in that position through the final night, he’ll add a bonus of $43,154 to his NFR paycheck. He just needs to stay as consistent as he has been to collect the money in the average. If he keeps matching up against animals of Bar Talk’s caliber.

“I’ve seen that horse go quite a bit,” he said, noting that he hadn’t been on that particular Bennie Beutler bronc. “All of Bennie’s horses buck, but they ride good. I was excited to see my name beside him. Tim (O’Connell) won Burwell (Nebraska) on him two years ago, and I saw Blaine Kaufman win Burwell on him this year.”

Beutler horses are well known for how hard they buck, but that doesn’t seem to bother the Kansas cowboy.

“They’re up and down, but they’re bucking horses,” Pope said. “You just bury your chin, keep your shoulders back and let them hit you in the back (with their rumps as they buck). As long as you’re hitting them back, it’s fine.

“I like getting on those horses. It was a good horse, and it felt good for me.”