Biglow gets back to himself at NFR

Home - Uncategorized - Biglow gets back to himself at NFR 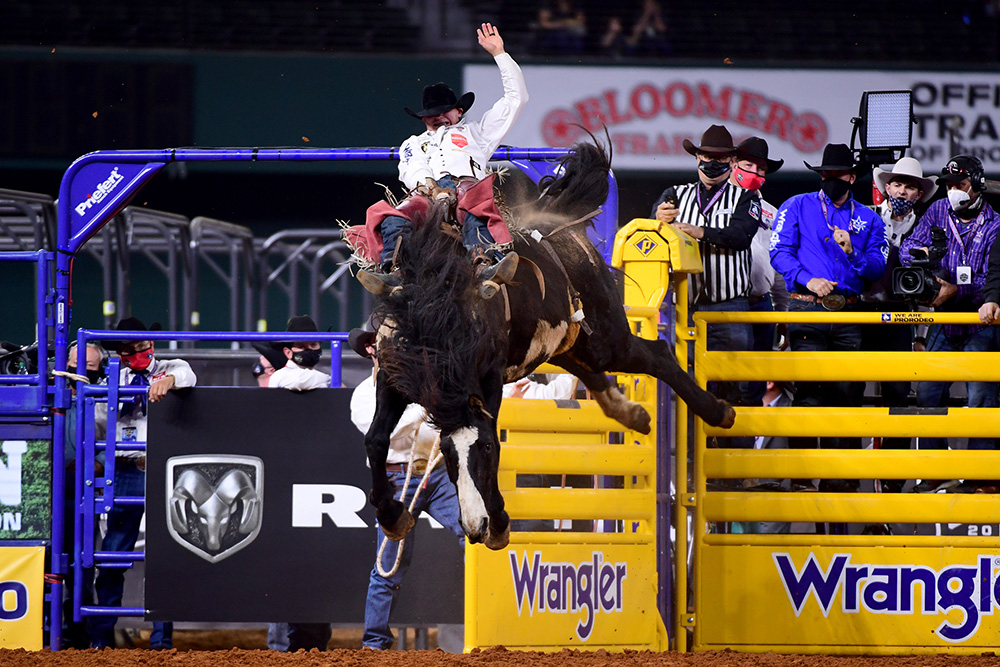 ARLINGTON, Texas – The 2020 National Finals Rodeo version of Clayton Biglow is much different than it was in 2019.

A year ago, Biglow dominated the NFR, setting earnings and aggregate records on the way to his first world championship. This year, he’s placed in just four of nine rounds so far and has earned $69,442. Still, he is sixth in the world standings heading into the final night of ProRodeo’s grand finale.

“That felt more like it,” he said after riding Three Hills Rodeo’s Devil’s Advocate for 85.5 points to finish fourth in Friday’s ninth round at Globe Life Field. “I’ve just been trying to brush off the frustrations and move on to the next one. It’s been one heck of a week and not the one I was looking for.

“You’ve got to take the positive from it. I’ve learned a lot this week, and I am ready for (Saturday). I’m ready to get home and get ready for next year.”

It’s been a rough year for everyone, thanks to the COVID-19 global pandemic. There were less than half the rodeos of a typical year, and some of the ones that were missing were many of the biggest in the game. Instead of leading the world standings entering this year’s NFR, he came in fifth, and it’s been an uphill climb in Arlington.

Friday’s ride was good enough to add $11,000 to his NFR paycheck. He’s pushed his season earnings to $140,415 with one night left. But as he looked back, he realized there were some great things that came out of this calendar year.

“In the rodeo world, I’ve had kind of a different year, and to throw COVID on top of that, it makes things a little more crazy,” he said. “I got married this year, and I’m pretty happy about that. I’m a blessed man.”

He suffered two no-scores, which is uncommon for someone of his caliber. The “Eliminator Pen” also hammered him with both scores in the third and eighth rounds being in the 60s. By matching moves with Devil’s Advocate, he was able to show off just a bit more – Friday’s pen is considered the “hoppers,” which are the easiest-to-ride broncs at the NFR, and they come just one night after the E pen.

“It’s a drastic change going from the E pen to the one-penners, but I needed it,” Biglow said. “I needed that little hopper, and I needed to work on some things. I feel like I got it done, and I’ve got $26,000 to win (Saturday) night.

“I knew she was going to be super good. She is about the hoppiest horse you can think of. She rides good. I wish I could take her home and practice on her.”