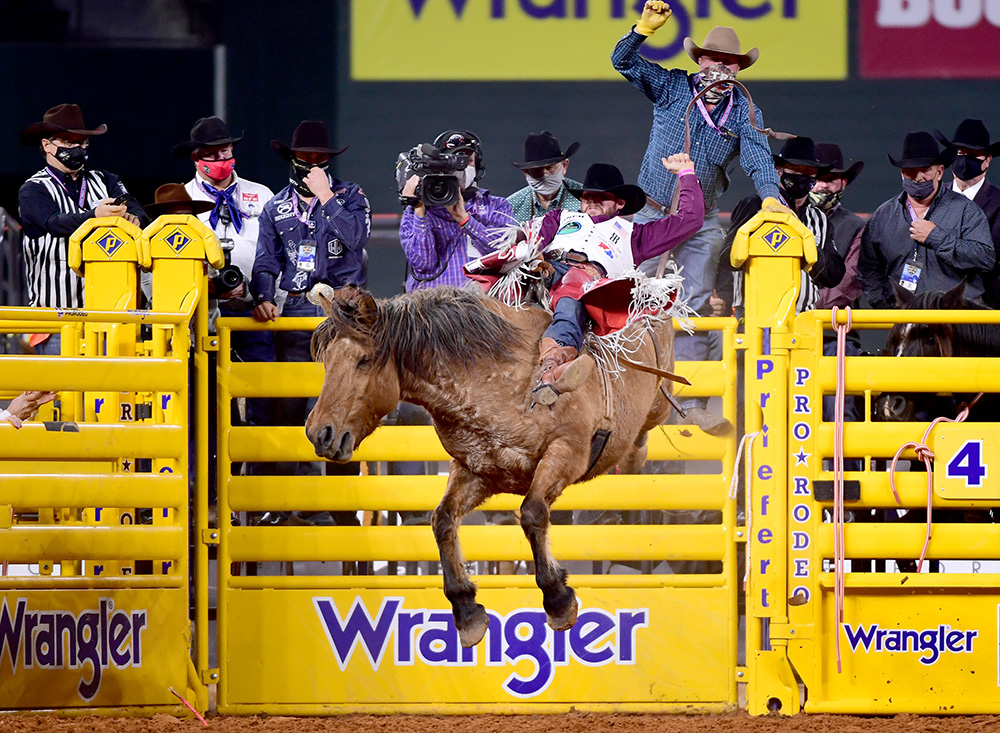 “I broke out a new rigging that I had worked on at home before I got here,” said Clements, who rode Pete Carr Pro Rodeo’s Painted River for 84 points to finish fourth in the go-round. “I wish I would have done that four or five rounds ago, but it is just a learning curve. We’ve got a new one under us now, and it is a lot better.

“I’m back to 100 percent. My body is still feeling good, and this rigging is the money.”

Of course, having a horse like Painted River helps matters. It was the second time Clements had been on the Texas-raised bronc, which is out of the great mare Riverboat Annie and by the stud Korczak. He was the first ProRodeo cowboy to ride Painted River during the 2014 Guymon (Oklahoma) Pioneer Days Rodeo, and the two matched for 84 points that day, too.

“That horse is really fun,” he said. “I had seen Kaycee (Feild) get on her in Stephenville (Texas) at the end of the year. Everybody told me she was just a really great horse. It’s pretty cool to see it here and the finals and to get a chance to ride it again.”

Clements has placed in five rounds and is sixth in the average race with a cumulative score of 726.5 points on nine rides. He has pocketed $43,423 in Arlington and sits 11th in the world standings with $101,924.

More importantly, he has the 10th round yet to go with a chance to collect more Texas money before returning to his home in Spanish Fork, Utah, which he shares with his fiancé, Brianna. If he remains sixth in the aggregate, he will add a bonus of $16,500 plus whatever he earns on the final night of the season.

“During the day, she keeps me calm and focused on this. She makes sure I take her shopping, which I love to do, because she gives me everything I need, and she deserves the world, too.”

He has a chance to return that kind of support with a big payday Saturday night.