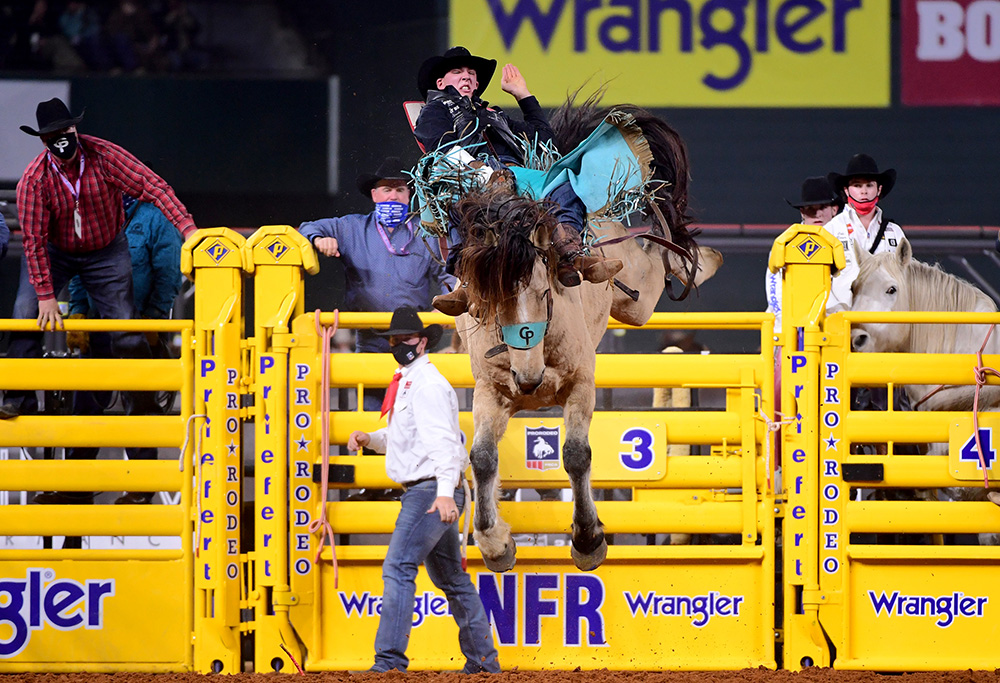 Don’t look for him to settle for anything. He was raised around hard work, and that’s going to continue. He left Arlington on Sunday en route to his Waverly, Kansas, home, where he will do some day work for people in his part of the Sunflower State.

He’ll also go back to work at the local sale barn every Wednesday during his Christmas break from Missouri Valley College, where he is a senior.

It was a dream come true for the 22-year-old cowboy. He finished the season with $220,029 and capped his incredible campaign third in the world standings.

“It shows that I was the guy at the NFR this year,” he said. “It doesn’t matter what he got on, he rode them all the same. He rode the buckers the same way he rode the ‘hoppers.’ (Saturday) night when I went to bed, I thought about all 10 horses I got on. There’s not one thing different I’d want to do on all of them. I was really strong on everything. I feel like I had a great finals.”

He did. He was second in NFR earnings, finishing about $12,000 behind world champion Kaycee Feild, who earned his fifth gold buckle. Pope leaves Globe Life Field with life-changing money and a boatload of confidence.

“To show up at the NFR and beat the top 15 guys when they’re supposed to be on top of their game is amazing, and it helps my confidence a lot,” Pope said. Those are the best horses you get on all year long and do it in 10 days in a row. I went in there and realized I can do it.

“It’s just the beginning for me.”

Until his next rodeo, though, he’ll still build on his work ethic. When he’s not doing day work or helping at the sale barn, he’ll be working out and dreaming about bucking horses.