Carr team an asset for Stampede 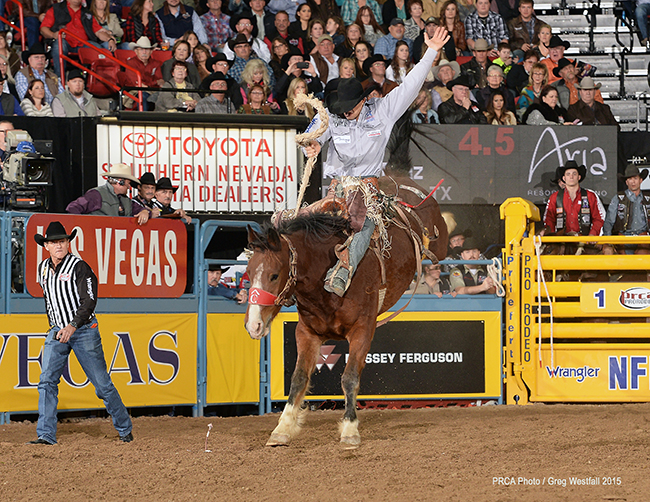 The Dallas-based firm began producing the annual Memorial Day weekend rodeo in 2013, and Claremore’s rodeo earned the first of four straight Small Rodeo of the Year honors a year later. That formula will be on display again for this year’s event, set for 7:30 p.m. Friday, May 25-Sunday, May 27, at Will Rogers Stampede Arena.

“When we brought Pete and his crew on board, we felt like it was the right move for us, our rodeo and the community,” said David Petty, the longtime chairman of the committee that organizes the Stampede. “Five years later, we know it was the right call.”

The Carr firm has been recognized as one of the very best in the Professional Rodeo Cowboys Association, the premier sanctioning body in the sport. Carr has been nominated five times as PRCA Stock Contractor of the Year.

Moreover, the firm was named the Stock Contractor of the Year in the Women’s Professional Rodeo Association, which sanctions barrel racing in ProRodeo.

“We are in a time frame of rodeo where money and livestock bring the top guys to town, and that’s what Pete Carr and his staff brings to Claremore,” said Scott Grover, who has been the voice of the Will Rogers Stampede for 13 years. “If you don’t have one of the top stock contractors in the country, sometimes the top guys will pass you up.

“Having Pete Carr has jumped up the firepower of our group of contestants and makes it a more exciting rodeo to be part of and to watch.”

But the real gem of what Carr brings to northeast Oklahoma lies in the small things that help make each performance better. The staff of rodeo professionals works hard behind the scenes to keep every show as entertaining as possible.

“Pete and his guys are known for having one of the best rodeo productions in the sport,” Petty said. “They work closely with our committee to help ensure our fans are getting the best two hours of rodeo they can get.

Every move made is making the Will Rogers Stampede better than ever.