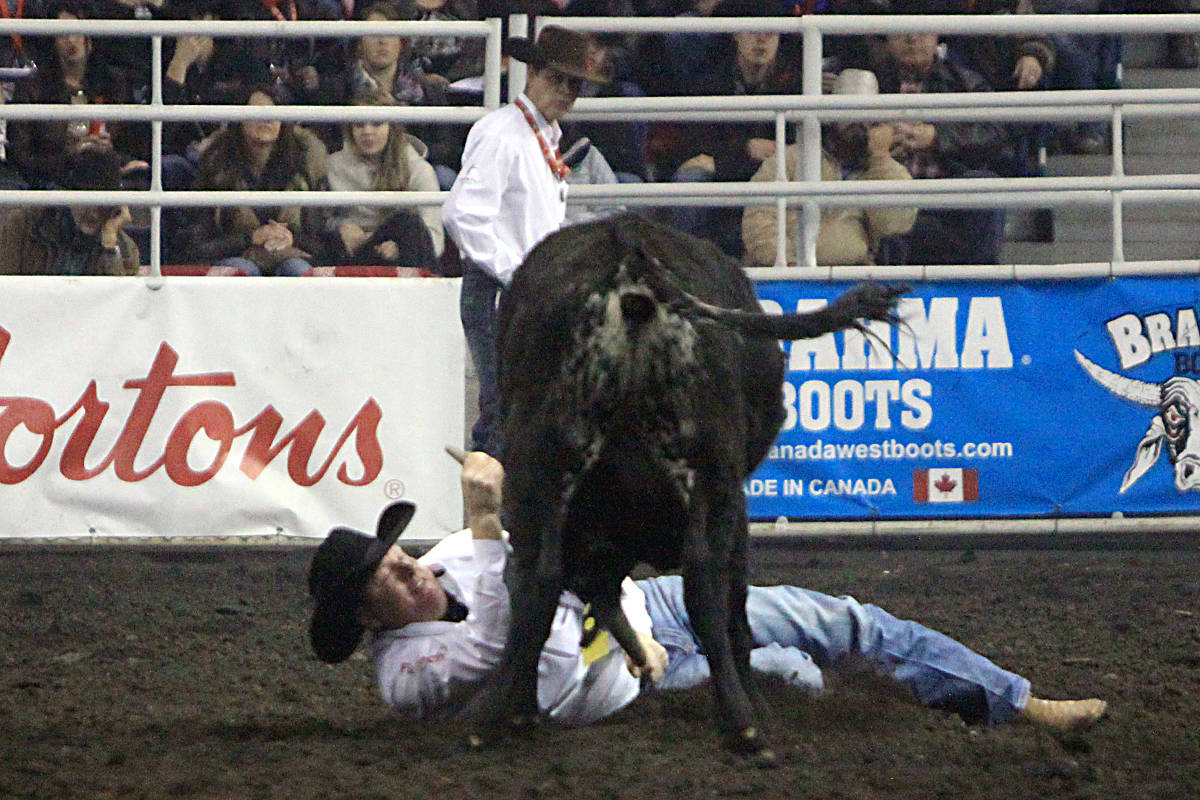 Top cowboys, bucking horses will be featured at the Hard Grass Bronc Match in July

POLLOCKVILLE, Alberta – There were a number of amazing things that happened to Layton Green in 2018:

All will hold a special place in Green’s heart as he cherishes every memory from that campaign, including his victory at the inaugural Hard Grass Bronc Match. Now he hopes to defend that title during this year’s event, which takes place at 7 p.m. Saturday, July 28, in Pollockville.

“That was probably the best bronc riding I’ve ever been to in my life,” said Green, 24, of Meeting Creek, Alberta. “There were so many great rides that day. That money I won solidified me a spot to go to the NFR, so that will always mean a lot to me.”

That’s because the Hard Grass Bronc Match was something special a year ago, and it promises to be again this July. The top 30 bronc riders in the world standings are expected to be in the field, and they will be matched with some of the greatest bucking horses in Canada.

Throw in a terrific purse to attract the top hands in the game, and there’s something special awaiting fans who want to see one of the greatest bronc matches in professional rodeo.

“It’s such a cool setting,” Green said. “You might think you’re driving into the middle of nowhere. There’s not a lot around there, but they’ve got this arena set up there. Everybody there pulled a trailer out there and made a weekend out of it. I’d suggest that over just going camping. You can pull your trailer out there and have one heck of a show.”

Those that make their way to the eastern Alberta community of 10 people will be assured of seeing the top names in the game. If members of the field haven’t qualified for either the NFR or the Canadian Finals Rodeo – or both – then they are about to do so. In fact, half the field at last year’s grand finale in Las Vegas were part of the Hard Grass Bronc Match.

“I love bronc matches,” said Zeke Thurston, a second-generation bronc rider and the 2016 world champion from Big Valley, Alberta. “They’re awesome, and when you can get one that counts for the world standings, then it’s even better.”

Money was a big reason many of the biggest names in the game made their way to Pollockville, but there were other reasons: The unbelievable horses from the Calgary Stampede Ranch and Big Stone Rodeo.

“You don’t see a pen of horses like that very often in one place,” Green said. “There aren’t very many long rounds with 30 bronc riders where dang near everybody could have made the short round. Those horses bucked hoard. It took at least 83 points to make the short round. Jake Watson was 88 points to finish fourth in the short round. You’re not going to see those kinds of scores very often.

“If you go to a rodeo, you might see one or two of the broncs that were there that day. Any bronc riding fan needs to go and witness that bronc match.”