Champs eager to return to Claremore 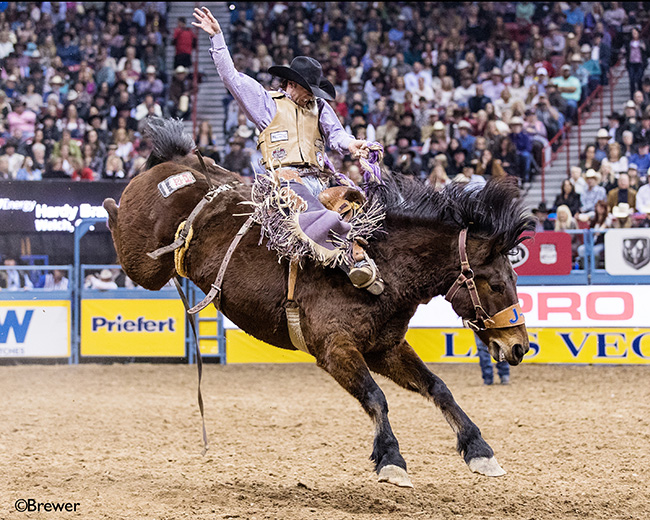 CLAREMORE, Okla. – The inaugural Claremore’s Extreme Roughstock was a homecoming of sorts for several of the 2017 contestants, but it was more than that for two.

Kade Alberty, a bull rider who grew up in Claremore, and Hardy Braden, a saddle bronc rider from nearby Welch, Okla., walked away from last year’s event with at least a share of the championship in their discipline.

“It was quite an honor to actually win it since it was the first time to put it on,” said Braden, a 2017 Wrangler National Finals Rodeo qualifier. “I’m happy for it to be successful, and am really glad they’re having it again this year.”

“It’s a really great thing for Claremore to have,” Braden said. “It’s something to go to after the regular season that has a good payout, and it’s about the right time before the finals for a good shot to get on good animals.”

The purse will also be attractive to contestants. Organizers are including $5,000 in local money in each event, which will be added to entry fees to make up the purse. That will offer the cowboys a chance at a nice payday.

In addition, the winners of each event will then be matched by one of the other cowboys in the field via random draw in the Kubota Challenge Shootout. The winner of that showdown in each event will earn $1,000, winner take all. That just adds to the intrigue of the event.

But there’s more incentive for the cowboys. Organizers plan to use multiple livestock providers, most of whom have been recognized on a national level for the ability of their bucking horses and bulls.

“The amount of different people that bring stock there is great,” Braden said. “That’s what attracts me to it. No matter whose herd you draw out of, you’re going to draw into the best pen of horses they have.

“With four or five stock contractors bringing their best stuff, it makes it really good for us, but it’s also good for the fans. They’re really going to enjoy it.”