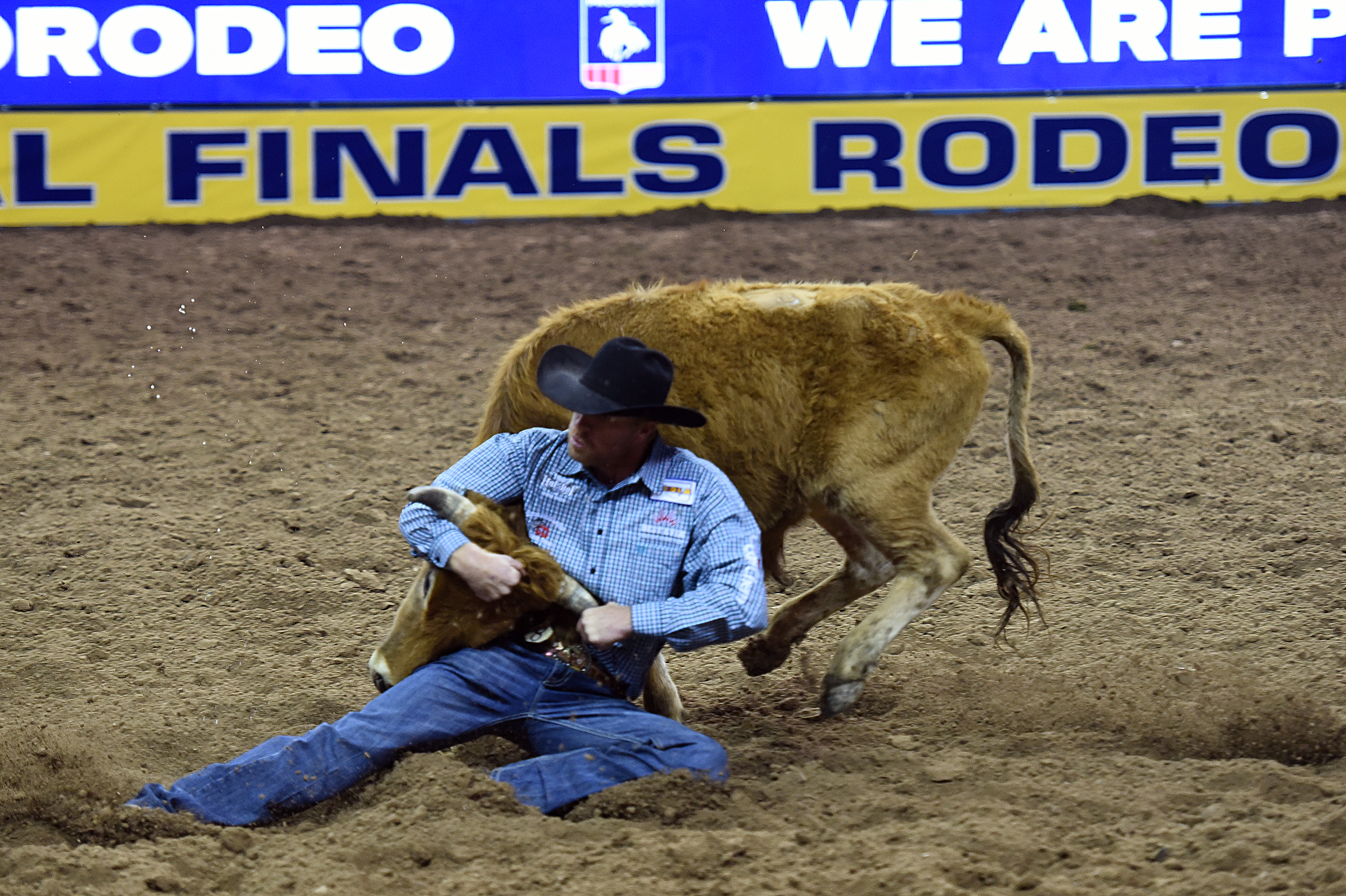 “I had actually run that steer in the short round at Salinas (Calif.),” said Mindemann, a first-time NFR qualifier from Blanchard, Okla. “I won the short round and finished second in the average on him, so I knew he was good. It’s a little different setup here, but we knew he was a good chance, and it worked out good.”

Now he’s broken the ice, which is oftentimes difficult for newcomers to ProRodeo’s grand championship. The jitters playing on the biggest stage in the game can come back to haunt contestants who can’t make adjustments.

“I wasn’t really nervous, but it was cool,” he said. “I think I blacked out for the whole round. It was a big blur, but it felt better tonight. The nerves were pretty clam, and everything felt a lot better. The horse felt better, the run felt better, so that was good.”

That horse is Django, a 16-year-old gray gelding owned by Johnny and Jessica Asher.

“He fired tonight,” Mindemann said of his mount. “He felt better, more flat. I appreciate Johnny and Jessica for letting me use him and treat him as if he’s my own. I couldn’t be more fortunate to have those guys on my team.”

It was a bit different than the night before, where Mindemann finished the opening round in 6.4 seconds, well off the pace to earn a round paycheck. By improving his time by more than two seconds, he finished in a tie for fifth in the second round and pocketed $5,500.

“It feels good to finally place,” he said. “I was a little bit behind the barrier, and I ran one to the back end of the arena. Tonight, I got out good and had a good steer. It feels good to win something.”

It helped push his season earnings to $93,592 and settles him in 12th place in the world standings. Part of his success comes with having a solid mentor, two-time world champion Hunter Cure, and an experienced hazer, Matt Reeves. Both have been instrumental in putting Mindemann in position to make a substantial living in 10 Vegas nights.

“Matt knows what to do, and that’s get out there and put that steer where I need him,” Mindemann said. “That’s what he did tonight. I don’t even worry about what he’s doing over there because I know where he’s going to be.

“I’ve been following Hunter around like a puppy dog all week because I don’t know what’s going on. I’m fortunate enough to have those guys that know lead me in the right direction.”

Right now, that direction is up. He trails world standings leader Tyler Pearson by $40,000, but that ground can be made up in just two nights in Sin City.