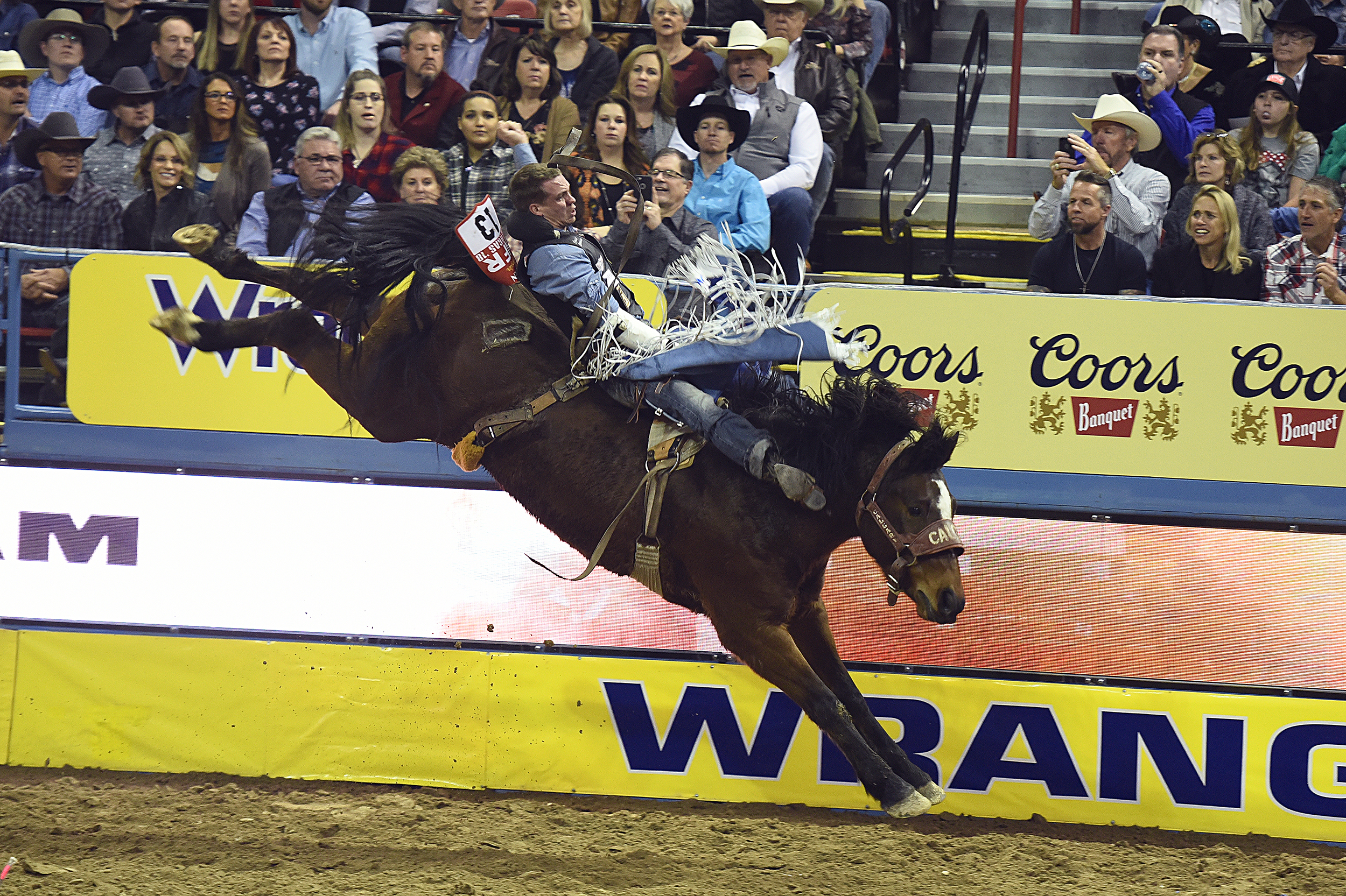 LAS VEGAS – After entering the National Finals Rodeo with a banged up left knee, Orin Larsen needed all the luck Las Vegas could give him.

That didn’t happen over the first two nights of ProRodeo’s grand finale, but he more than made up for it Saturday night. He rode Calgary Stampede’s Trail Dust for 87 points to finish as the runner-up in the third go-round, pocketing $20,731 in the process. It is his first paycheck of his year’s championship.

“This is the third time I’ve been on that horse this year,” said Larsen, 27, of Inglis, Manitoba. “That horse is pretty reliable. He just bucks down the chutes. I’ve won a bunch of money on him, and I was happy to have him. No matter how my physical appearance may look, it was pretty nice to have that one.”

It also provides grand momentum for the cowboy now living in Gering, Neb., with his wife, Alexa. He also has seven more nights to earn as much Las Vegas cash as possible.

“I wanted it sooner than later, but I’m pretty greedy,” he said with a smile. “I wanted the first round, and I wanted last night, too. At this point, I know I’m out of the average, so I’ll take whatever I can get.”

The average is based on the best score through 10 rides. The top eight cumulative scores when the NFR concludes next week will earn bonus money. After being bucked off Friday night during the second round, Larsen has put himself on the outside looking in regarding an average payout.

That means he will need to earn money through the go-rounds. By doing so on Saturday night, Larsen pushed his season total to $161,386. He knows the rest of his 2018 season will be done with pain in his knee, but he has grown accustomed to it in his career – two years ago, he placed in the final five rounds despite having a serious rib injury.

“It’s going to be really sweet when I don’t have to ride with pain at the NFR,” he said. “Hopefully that will be next year. The Justin Sportsmedicine Team has done an awesome job with me. I use them as much as I can.”

The tape may keep his knee in place, but it’s that focused demeanor that will pave the way for more money to come his way over the next seven rounds.