Mindemann places high in Round 4 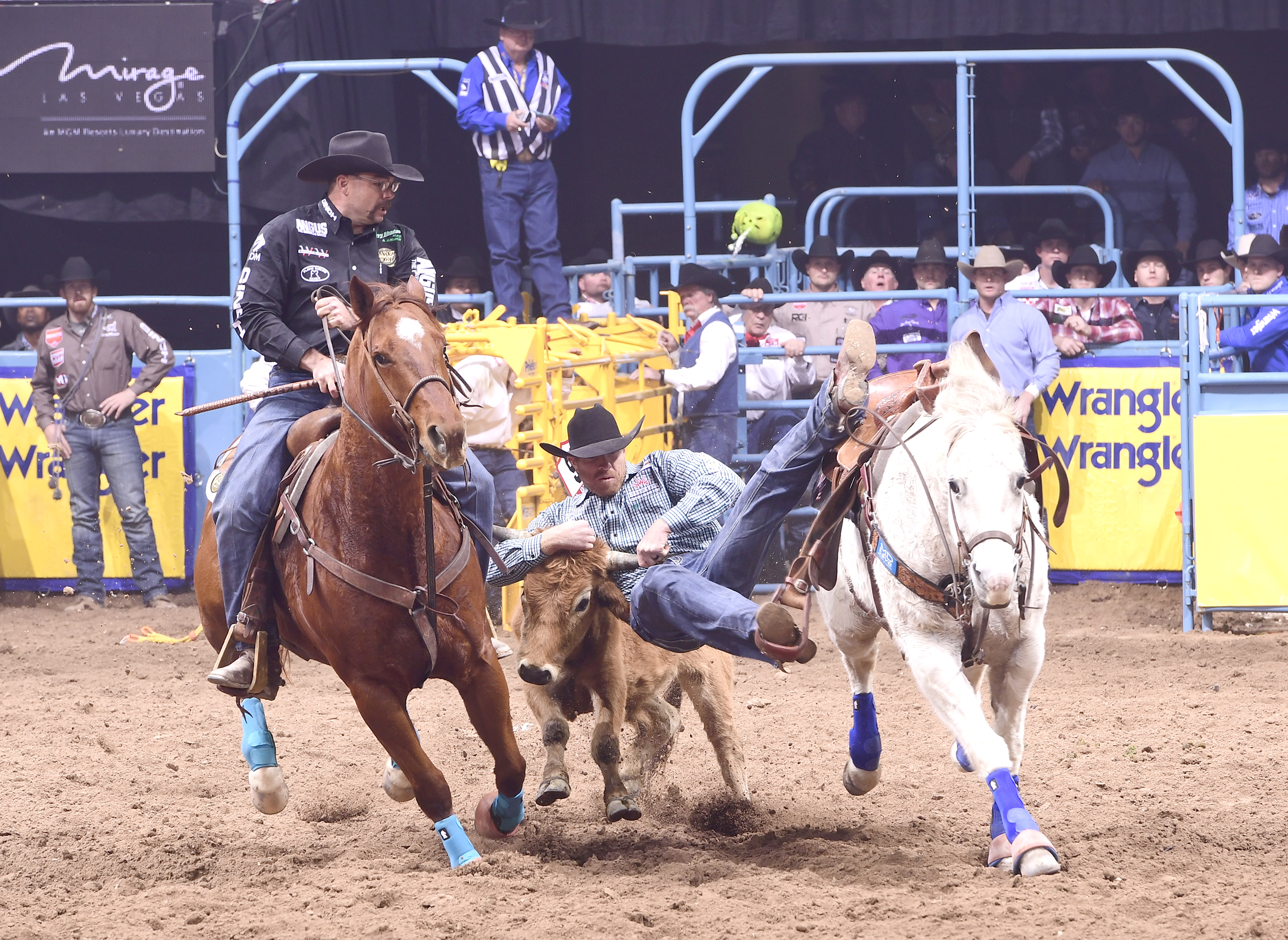 LAS VEGAS – Some people may have thought Blake Mindemann’s chances at the National Finals Rodeo faltered Saturday night when he failed to finish a qualifying run.

Fortunately for the Blanchard, Okla., cowboy, those thoughts never entered his mind.

“We had a little hiccup last night, but I just took 20 minutes; after that, I moved on,” said Mindemann, a first-time NFR qualifier who grew up in Apache, Okla. “There’s too much money to be worrying about the night before. We just go to the next round and run at that money.”

That’s the perfect philosophy in Las Vegas, especially considering the NFR’s $10 million purse. On Sunday night, he threw his steer down in 3.8 seconds to finish the fourth round in a tie for third place. For that, he pocketed $13,327 and pushed his NFR earnings to $28,827.

“Blake Knowles ran that steer the first round and was 3.8 on him as well,” he said. “He was just a good, honest steer, and Blake made a good run on him. I knew he was a good chance coming in.”

Because of his third-round no-time, Mindemann is 13th in the average race, which pays a bonus to the top scores on a 10-round aggregate. The chances of him winning the prestigious title race are slim, but the Oklahoma cowboy still likes his chances to move up in the aggregate standings.

“There are about nine no-times, and some guys have been long,” Mindemann said, referring to slower times. “It’s a long 10 days, so I’m just going to keep knocking them down and see what happens. Maybe I can still slip in there for some of it.”

He knows he has the right partners to help get him there. He’s traveled this season with two-time world champion Hunter Cure of Holliday, Texas, and the two keep each other excited for each day’s festivities. The other partners are his trusty horse, Django, and his hazer, Matt Reeves, an NFR veteran.

“Hunter is the main one, the one who keeps me doing what I need to do,” he said. “We keep each other pumped up and positive and move forward each day to get the money.”

Django and Reeves keep putting the steers in position for Mindemann to make the runs necessary.

“The first two nights, Django was a little behind,” said Mindeamnn, who has pushed his season earnings to $106,919. “Tonight, he was outstanding. The hazing horses is one Matt calls Kirk, and it is his first time here. The horse is doing good. He’s nice, and that’s why we’ve got him out here.”