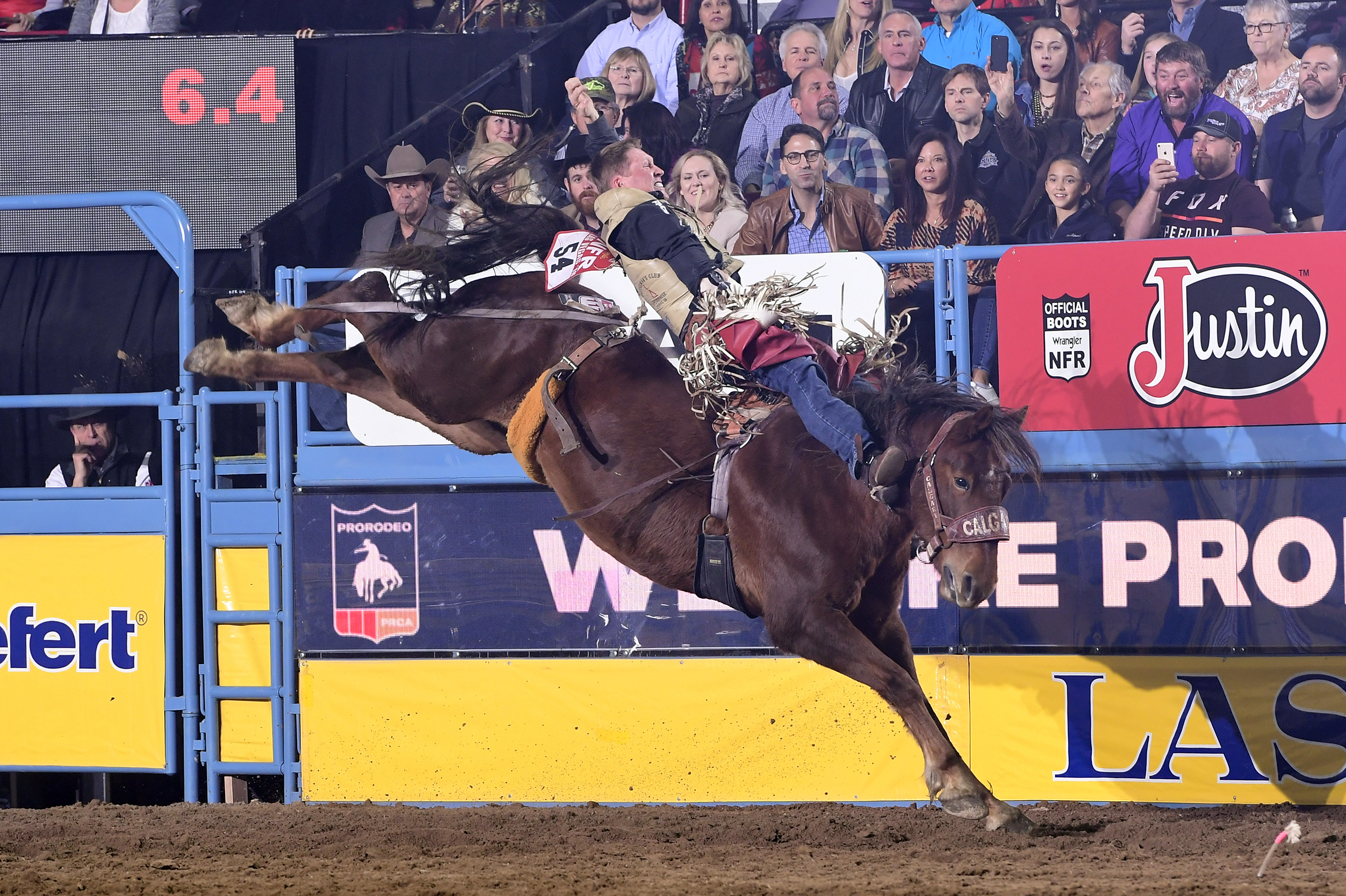 He changed that in a big way Tuesday, matching moves with the Calgary Stampede horse Tootsie Roll for 88 points to win the sixth round, pocketing $26,231 in the process. It was his first paycheck of this year’s championship, and he made it happen in a big way.

“It was very important, especially for the confidence,” said Breuer, a four-time NFR qualifier from Mandan, N.D. “I just had to keep trusting in the Lord and keep spurring, and I knew it would all come together.”

He has ridden five of six horses, bucking off during Saturday’s “eliminator” pen. Other than that, though, he’s placed out of the money … until Tuesday.

Breuer, though, needed to make a change in his mental approach.

“I’ve been fighting my head,” he said. “I hadn’t been on for a while before we got here, and I was sore. Now the soreness is starting to leave the body. My body’s getting used to it again.”

To that end, he completed infusion therapy Tuesday in hopes it could make a difference.

“Steven (Dent) has been getting it done, and he’s been doing good,” he said. “I thought I’d change things up and try it.”

Now that the muscles are looser and the mind is right, Breuer has four more nights in the ProRodeo season to collect as much money as possible.