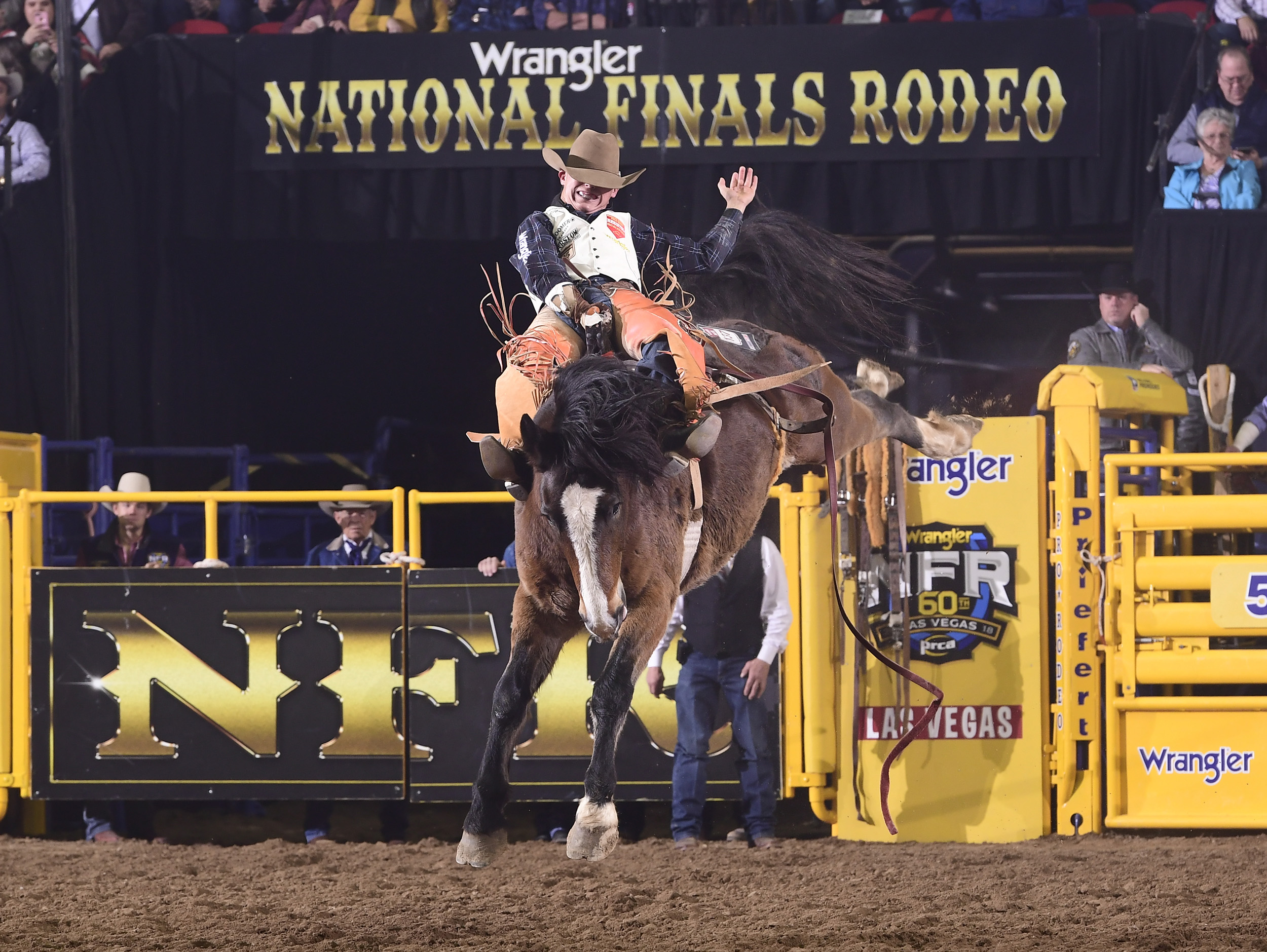 He proved that again Wednesday night, riding Frontier Rodeo’s Short Night for 86.5 points to collect his fourth paycheck of this year’s National Finals Rodeo, this one worth $8,885.

“I feel pretty good,” said Biglow, 23, of Clements, Calif. “I’ve had to work on a few things since I’ve been here. I was hoping I wouldn’t have to work on anything and just have fun. But I feel like I’m riding good. My body is holding up really nice, and I feel strong.

“I’m ready for the next three rounds and just build off what I’ve done so far.”

What he’s done has been fantastic. Through seven nights in Sin City, he has pocketed more than $66,000 and pushed his 2018 earnings to beyond the $200,000 threshold. He is now $39,000 behind the leader, Caleb Bennett, with three nights remaining on the ProRodeo season.

“That horse was Short Night, and she’s a pretty good horse,” he said. “She turned out backwards and went around to the right pretty good. I think I rode her pretty good. When her butt came out first, she kind of missed a couple seconds, but she was pretty good across the arena.”

“I feel like I rode Killer Bee really good for six seconds, but you have to ride them for eight,” he said with a smile. “Those are the rules. I feel good. I know I can ride them. I’ve done it before, but I just haven’t completed here twice. My first year here, I won the round with the semi-eliminator pen.