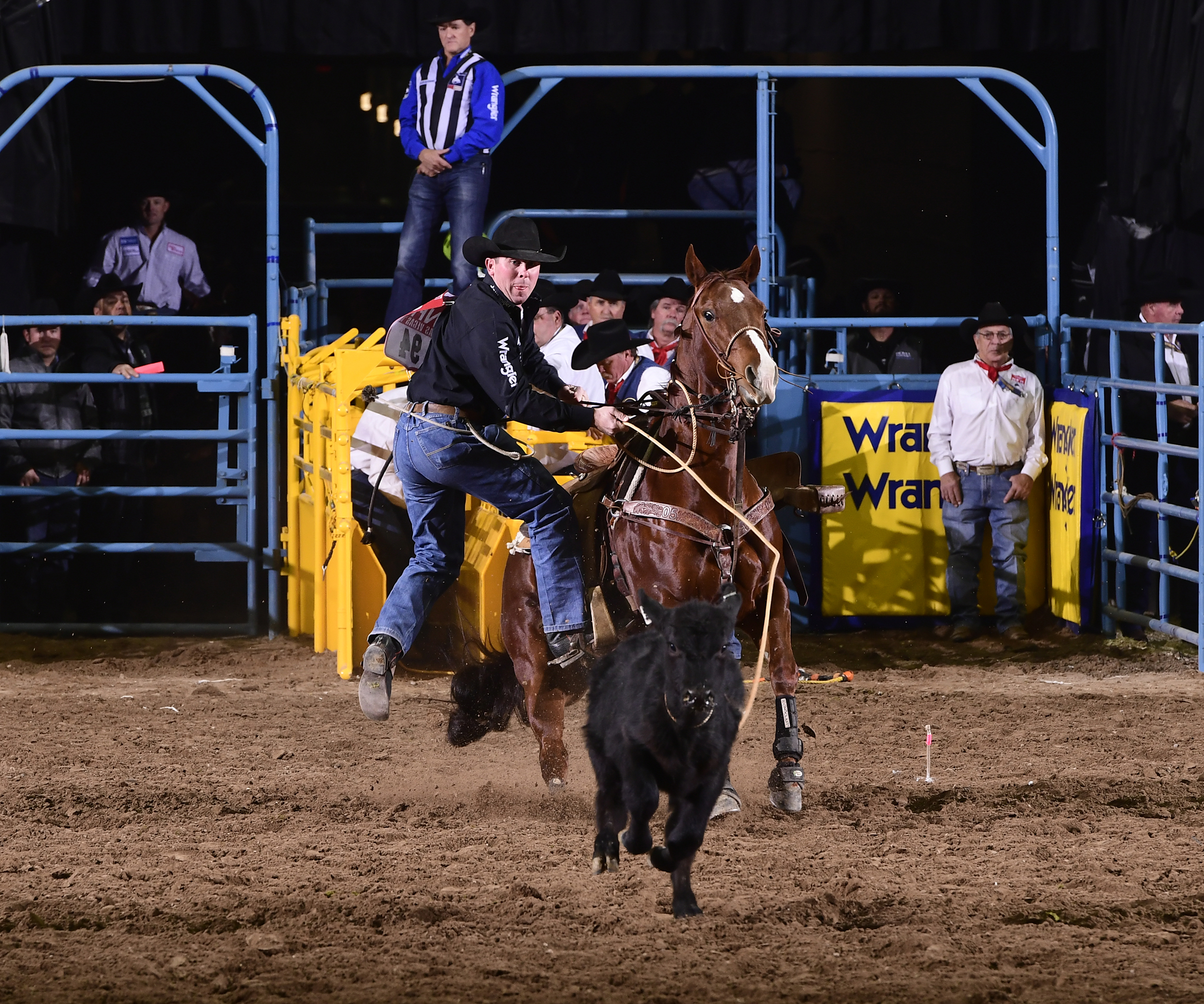 LAS VEGAS – There’s likely nothing Ryan Jarrett hasn’t tried to change his luck at one point or another during his ProRodeo career.

“I know I won the other night in pink, but I’ve been wearing black ever since, and I’m sticking with it,” said Jarrett, the 2005 all-around world champion from Comanche, Okla. “I’ve got an old belt on that I wear every day. I hung up the other one with the all-around (gold) buckle and just changed a few things up.

“If it ain’t going good, I will change it up and try to get it rolling on my side.”

It’s working, or at least it seems that way. After failing to secure a paycheck on the first four nights of the National Finals Rodeo, Jarrett has filled his pockets four straight rounds. He’s won at least a share of two rounds, including the outright win on Wednesday night to win the eighth round.

“I like the calf I had,” he said after posting a 7.3-second run to collect another $26,231. “I thought it fit my style. I got me a good start, and he was out there a little bit. I got him off his feet, and it was perfect timing, nothing out of whack. It went really good.”

Yes, it did. He entered the NFR a week ago No. 15 in the world standings, securing the last spot in the field on the final day of the regular season. Over the last four nights, he has moved all the way up to fifth in the world standings. He has earned $86,295 in the City of Lights, more than doubling his earnings since arriving. He sits at $163,847 for the season.

“I’m looking forward to (Friday) night,” Jarrett said. “The first few rounds weren’t worth you know what, and here we are now. It’s a totally different atmosphere. I couldn’t ask for it to be better.”

Jarrett isn’t handling all this on his own. He’s got a fantastic support system, including his wife, Shy-Anne, and his father, DeJuan, who came out from his Summerville, Ga., home to handle some of the labor involved. Part of that is taking care of Jarrett’s horse, Snoopy.

“Dad comes over (to the arena) at 6:30 or 7 (a.m.) and feeds, then I come mid-morning to get him out,” he said. “We put some different ointments on his legs and get him out and let him roll a little bit. We just want to make sure everything is good, make sure he feels good and tend to him.”

Horse and rider seem to be doing very well, and the proof is in the money.