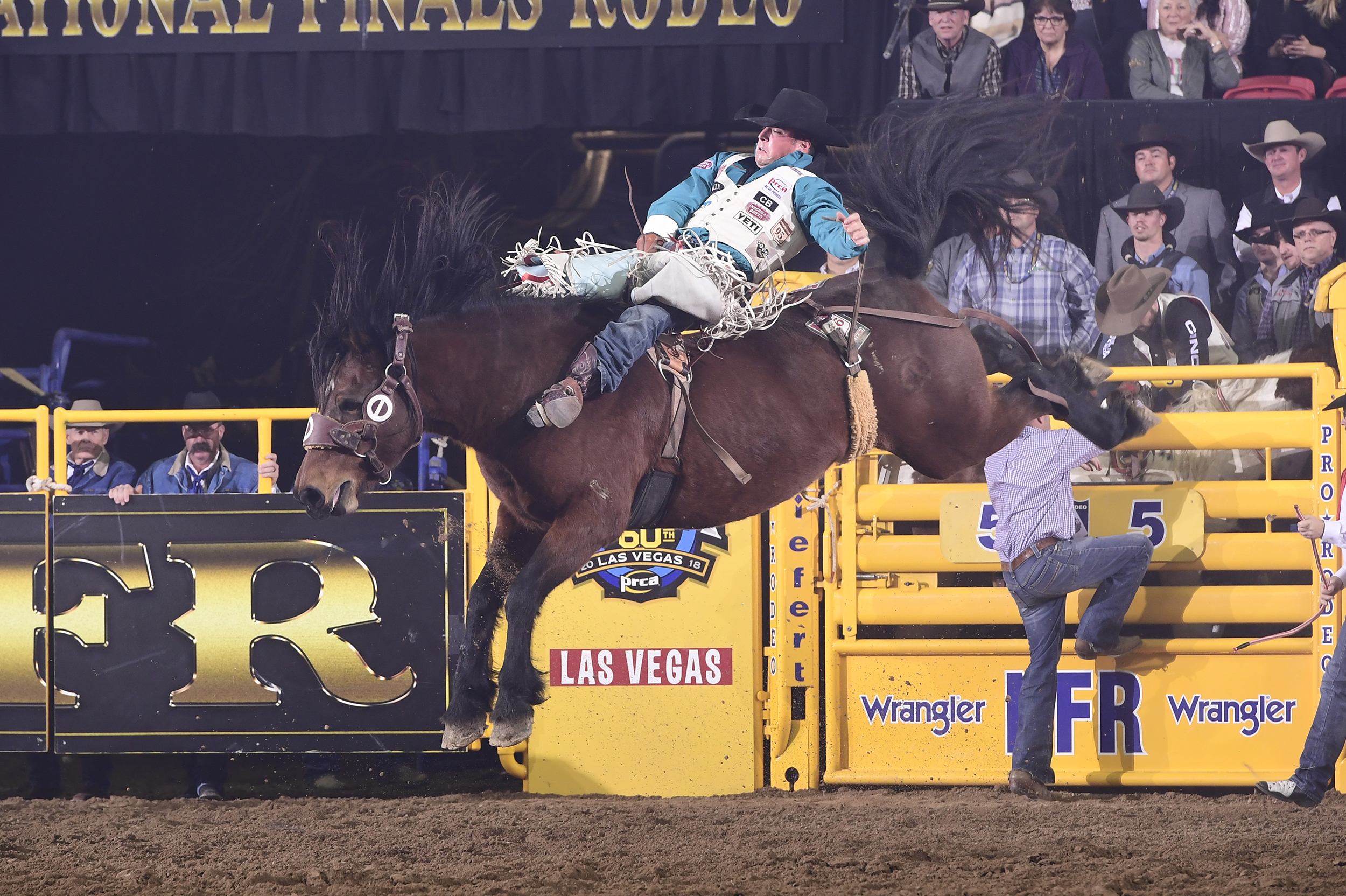 LAS VEGAS – A year ago, Richmond Champion was please with is performance on Cervi Championship Rodeo’s Control Freak.

He scored 84 points to earn money in the fourth round of the 2017 National Finals Rodeo.

He did a bit better Friday night, riding the athletic bay horse for 87.5 points to finish in a tie for second place in the ninth round of this year’s championship. With that, he pocketed $18,192 and pushed his season total to $82,487.

More importantly, he surpassed the $200,000 watermark for the 2018 campaign and sits fifth in the world standings with one night remaining in the season.

“She is always better the second time here in Vegas,” said Champion, 25, of The Woodlands, Texas. “I was excited about that. I know she stumbled with Will (Lowe) the first time she was out, but that’s a solid horse.

“You might not win the round, but you are going to catch a check if you do your job.”

He proved that was true. By finishing among the Top 6 in the round, he earned his fifth paycheck of this year’s NFR. Over his four trips to the Nevada desert, Champion has proven why he’s one of the very best to play this game. Even at his young age, he’s won nearly $2 million riding bucking horses.

“I had a really good night,” he said. “This was the first night I really got to sit down and have some fun on one. I was excited, and it was fun. This is a good way to be going into Round 10.”

On the final night of this year’s NFR, Champion will be matched with Pickett Pro Rodeo’s Faded Night, an athletic and electric bucking horse with outstanding genetics. The fifth and 10th rounds are dubbed the “TV Pen,” because of the high-scoring style the horses present the cowboys.

“Those are the kind you want to get on,” Champion said. “I could get on 11 of those all day long.”

He won’t need to. Champion sits fifth in the NFR average race, having ridden nine horses to a cumulative score of 754 points. Should he remain in that position, he will add a $22,846 bonus to his season earnings.