Rutkowski makes it a three-peat 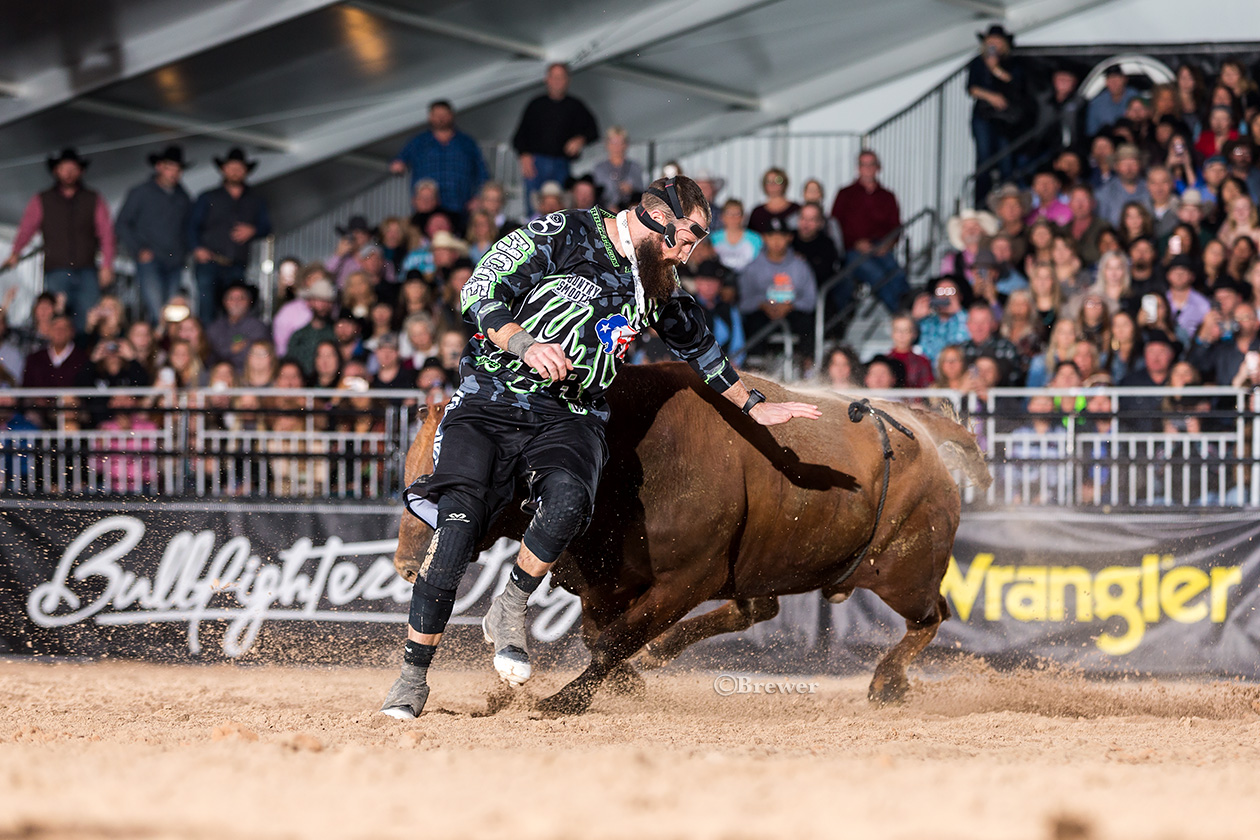 LAS VEGAS – As his voice cracked a little, the emotions showed as Weston Rutkowski closed out his third straight Bullfighters Only world championship.

“This title means a lot because it was an actual race,” said Rutkowski, who matched moves with Rockin’ B & Magnifica’s Unicorn for 85.5 points to win the Hooey Championship Round and the Bullfighters Only Las Vegas Championship at the Tropicana Las Vegas. “In years past, guys haven’t really had a shot, but this year, there were five guys that had a legitimate shot heading into today.

“When we got to the short round, any guy that won would win the world.”

It wasn’t without controversy. Rutkowski advanced to the final round after he outscored another BFO pioneer, Ross Hill, 85-84.5.

Judge Andy Lott had Hill winning the round, scoring both Hill and the bull 21.5 points for 43 points. Lott scored Rutkowski 21.5 and his bull 21, which provided Hill with a half-point advantage.

The other judge, Rowdy Barry, scored Hill’s fight 21.5 on a 21-point bull; he marked Rutkowski’s fight 22 on a 21.5 bull. That was enough to allow the champ to advance.

Once he made the short round, Rutkowski went to work. He and Unicorn went toe-to-hoof on the arena dirt, and the bull had the advantage during most of the 60-second match. But all three short-round bulls were brutal. Beau Schueth, who sat No. 2 in the Pendleton Whisky World Standings heading into the final day of the year, scored 84.5 points to finish second while battling Manuel Costa’s Spitfire.

“This is the BFO, and we’re nodding for the baddest fighting bulls in the world,” Rutkowski said. “You have to earn it. It will take a toll on anybody.”

“I am mentally and physically beat,” Rutowski said. “It’s been a long 10 days. I’ve got several hematomas building up, along with my face.

A year ago, he faced adversity after the Roughy Cup, suffering a gash on the back of his head that required 16 staples. During this year’s Roughy Cup, he took a shot to the head that resulted in three facial fractures. He competed on his last five bulls wearing a protective face mask.

“This title means a lot,” he said. “I’m going to take about a week off, then we’ll get back at it and get ready for next year.

“This is a testament to the hard work I put in prior to this event. This is very much a msental battle, but if you can’t brush off those bumps and bruises, you can’t win in this league.”

Every bullfighter who faced the challenges over the last 10 days understands that. Rutkowski just stands as a symbol for what happens when preparation meets opportunity.