Weast wins final round of NFR 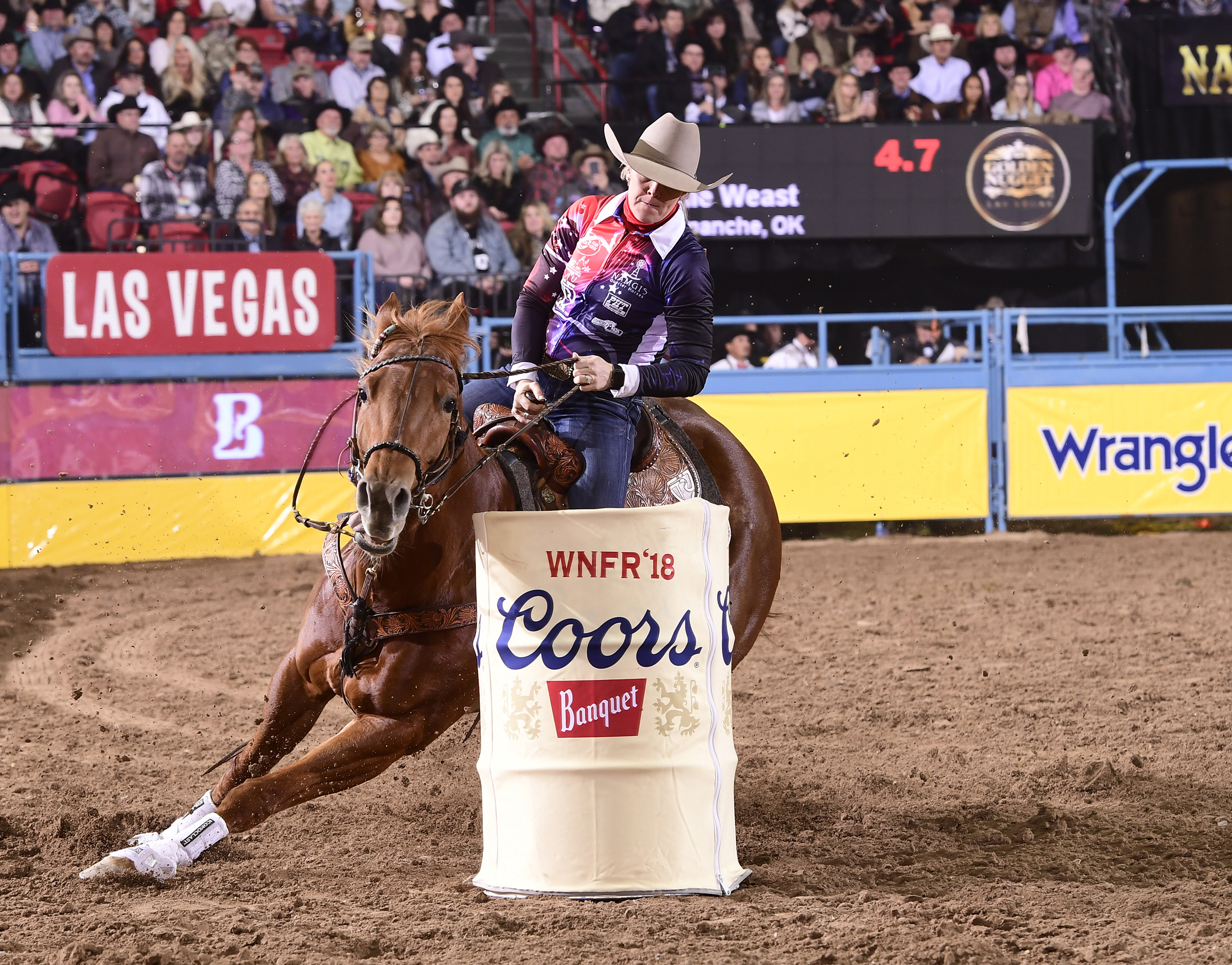 On the final night of her 2018 ProRodeo season, Weast and her great young mare rounded the cloverleaf pattern inside the Thomas & Mack Center in 13.37 seconds, the fastest of this year’s National Finals Rodeo.

“I had nothing to lose.”

No, she didn’t. She and Hell on the Red – a 6-year-old sorrel mare she calls Reddy – began the NFR hot. They placed in each of the first three rounds. Then things cooled off. She even made a couple of horse changes before giving Reddy another chance. In all, they placed in half the 10 rounds, including the final-round victory worth $26,231.

“I know the kind of mare I have,” she said. “I knew she could do it. (New world champion) Hailey (Kinsel) ran a (13.40) on Sister the night before. I’m glad I was the one to post the fastest round.

“The NFR was a little rocky here and there, but I’m glad that we came out with that much money. I’d say it was a successful trip.”

It was a new experience for her and her young, red horse. This is a different atmosphere than any other rodeo. There are 17,000 people packed into the stands at night, and the pomp and circumstance that is the NFR features pyrotechnics and laser shows to give fans an incredible experience. Those features aren’t the greatest for the animals.

“There will never be another situation like this until next year,” she said. “I don’t know if Reddy will ever act the way she did this week unless she’s put in a situation like this. She was just ready to do her job. You have two alleys back there, and you’re brought down one and put into another one.

“It’s a little misleading. The horses think that’s the alley you run through, but it’s not. It’s the anticipation to do her job. It’s a little hard on us. I can’t take her readiness away from her.”

No, she can’t, because Reddy is one of the best in the business. While there were tests through the rugged 10 days in the Nevada desert, Weast developed some amazing memories.

“Looking back, it went by pretty fast,” she said. “It was fun. I got to do a few cool things with my family. Everyone should be part of the whole NFR experience, whether you’re in the stands or in the alley. In the alley this year was better than ever.”