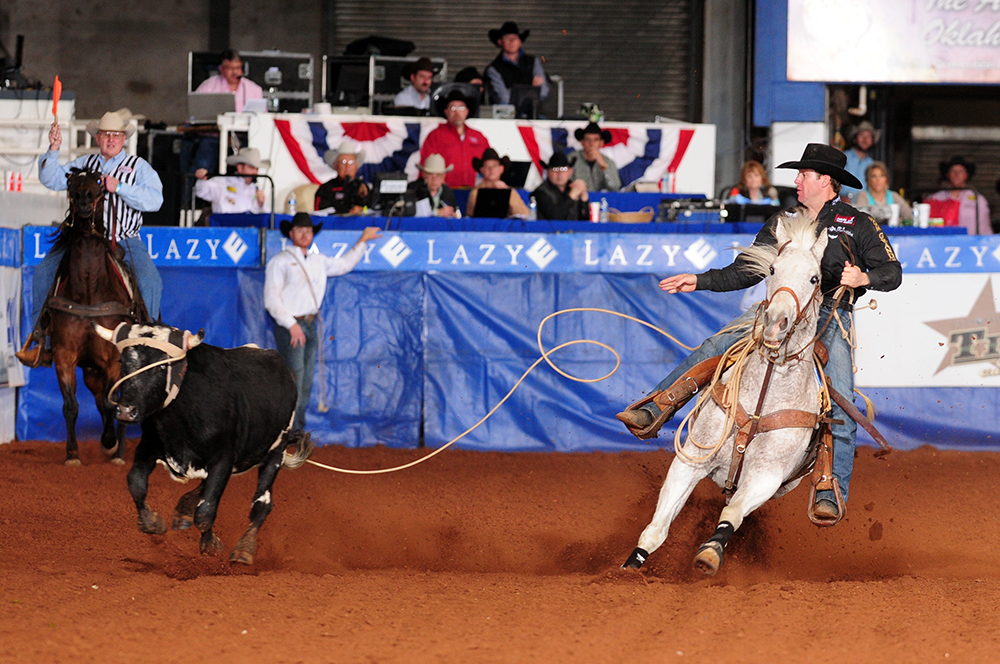 GUTHRIE, Okla. – The debate was simple and pointed: Who is the greatest all-around, timed-event cowboy in rodeo?

It happened in 1984 between two Lazy E Arena officials and a couple of other cowboys, and that conversation sparked the idea of the CINCH Timed Event Championship.

A few months later, Leo Camarillo won the first title in 1985, and the legend of the “Ironman of ProRodeo” was established. This week, the Lazy E will celebrate the 35th anniversary of the CTEC in fine fashion, featuring the 20 best all-around, timed-event cowboys in the game today.

“I just grew up thinking about the Timed Event since I was old enough to be a fan,” said Trevor Brazile, the winningest cowboy in ProRodeo and CTEC history. “I’d get to see guys I’d watched at rodeos and see how versatile they were.

“I look up to a lot of those guys that competed at the Timed Event, the Paul Tierneys and the Jimmie Coopers. I looked at their tenacity. They were tough and raw.”

That’s because the CTEC demands it, and Brazile knows. He owns 24 world championships in the Professional Rodeo Cowboys Association and is the record holder for the most CTEC titles with seven. He also is one of just 14 men in the event’s history to have won the title, and six of those will be in the field for the competition, set for Friday-Sunday at the Lazy E.

The weekend also includes the Jr. Ironman Championship, a specialized event for 10 youngsters ranging in age 15-20 competing in three rounds: 9 a.m. Friday and Saturday, and 10 a.m. Sunday. The CTEC begins at noon and 7:30 p.m. the first two days and kicks off at 1 p.m. Sunday.

What makes it so unique is that each cowboy must compete in all five timed events – heading, heeling, tie-down roping, steer wrestling and steer roping – to conclude a round. There are five rounds, and the CTEC is conducted over just three days, so it’s a rugged test of each man’s mental capacity and physical fortitude.

“It takes someone who is pretty passionate about the Timed Event to want to be part of it or the Jr. Ironman,” said Jess Tierney, the 2017 champion from Hermosa, South Dakota. “You have to have that passion and courage, because you’ve got to be willing to put yourself out there. You could do something that’s embarrassing, but you can’t let that stop you. You’ve got to just keep pushing forward.

“It’s the fact that you’ve got to face some trials and figure some things out if you want to eventually be successful.”

Tierney is the third member of his family to win the prestigious title, joining his four-time champion father, Paul, and two-time winning brother, Paul David. They all know the trials and tribulations that come with the CTEC. So does the defending champion, Jordan Ketscher, who won the title in just his second year in the field. He returns for the third time just 12 months after winning the top prize, $100,000.

“They started something that’s going to keep going for generations to come,” Ketscher said. “It gives timed-event guys a chance to show off what they can do. What’s cool, too, is there’s a fan base that understands why we come to it and appreciate that we don’t excel in every event, but they enjoy coming to watch us.

“They didn’t just create something for contestants; they created a fan base that enjoys watching it.”