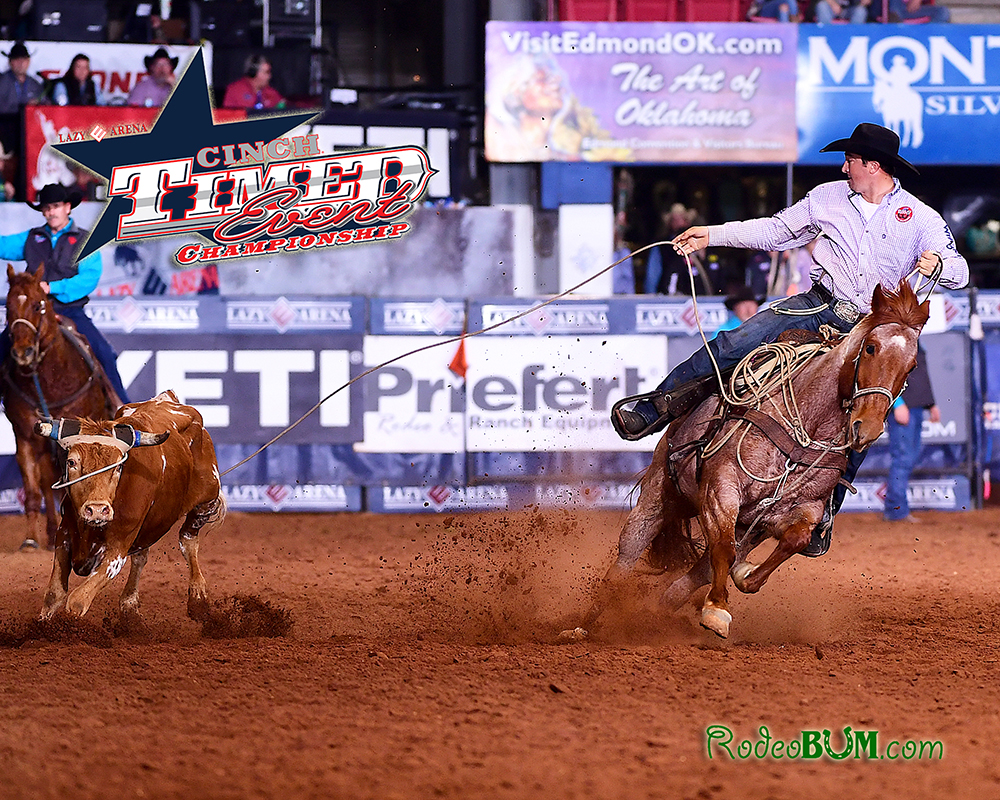 The story of the 2018 CINCH Timed Event Championship has rolled over into this year’s “Ironman of ProRodeo.”

Jordan Ketscher of Squaw Valley, California, roped, tied and wrestled five animals in 60.7 seconds to win the first round and take the aggregate lead into Friday evening’s second go-round, which begins at 7:30 p.m.

That’s just the first storyline of this year’s 35th anniversary of the CTEC, a unique championship that features all five timed-event disciplines. Another sub-plot could be titled “The Replacements.” Justin Thigpen, who replaced JoJo LeMond in this weekend’s field, sits second in the standings with 72.1 seconds, while Brent Lewis, a CTEC veteran who last competed in 2002 and replaced the inured Trell Etbauer last week, sits third in 73.9.

In the Jr. Ironman Championship, Trevor Meier of Garden City, Kansas, won the first round Friday morning by finishing in 49.8 seconds – the younger contestants do not compete in steer roping. He was four seconds faster than Dillon Jones, while Cole Walker finished third.