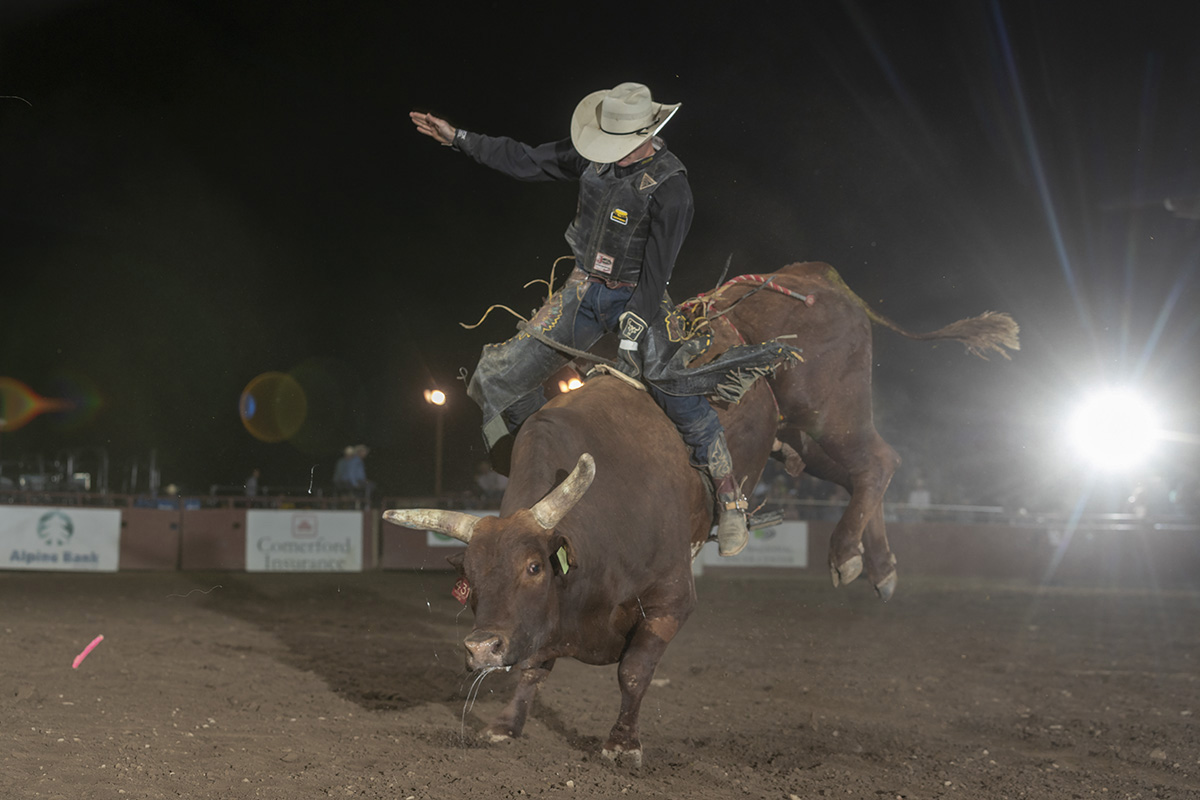 EAGLE, Colo. – The crisp mountain air in this beautiful community makes for the perfect summertime escape for many.

It’s also a great place to be for rodeo contestants the final week of July, because they know it’s a refreshing break from the heat of the season and the chance to rope big bucks at the Eagle County Fair and Rodeo, set for 7 p.m. Wednesday, July 24-Saturday, July 27, at Johnette Phillips Arena on the Eagle County Fairgrounds.

It’s not the only 90-plus-point ride that’s occurred inside Johnette Phillips Arena. In fact, 90s have been a common occurrence in Eagle.

“All those horses are awesome in their own way and are fun to get on.”

Tutor is a two-time National Finals Rodeo qualifier who has seen his share of high-marked rides in Eagle. That’s a big reason why he will return. Pete Carr credits it to the change in temperatures from a run of Texas rodeos to their permanent stay at the Carr ranch in east Texas.

“Eagle is a pretty special place, even if we’re just talking about the atmosphere,” said Pete Carr, owner of Carr Pro Rodeo. “The animals just love the weather there.  It’s really great for us as well when you figure we’re a Texas livestock company. Getting to go to Eagle in July from this kind of heat in Texas is a nice change for the horses and bulls.”

The cowboys know they have a good chance to win on any animal, and that’s another key factor in why they put the Eagle County Fair and Rodeo on their schedules.

Casey Colletti is a three-time NFR qualifier from Pueblo, Colorado, and he has had a great history in Eagle County over the years.

“It’s awesome for a lot of reasons, but partly because it’s Colorado,” Colletti said of Eagle. “It’s beautiful there. It’s by the river; it’s in the mountains. It’s Colorado in July.

“Those animals get out of the hot Texas heat, and they get in the mountains and that cool air, and it makes them feel better. When they feel that good, they show it. That’s pretty cool.”