Georgia on their minds

Home - Uncategorized - Georgia on their minds 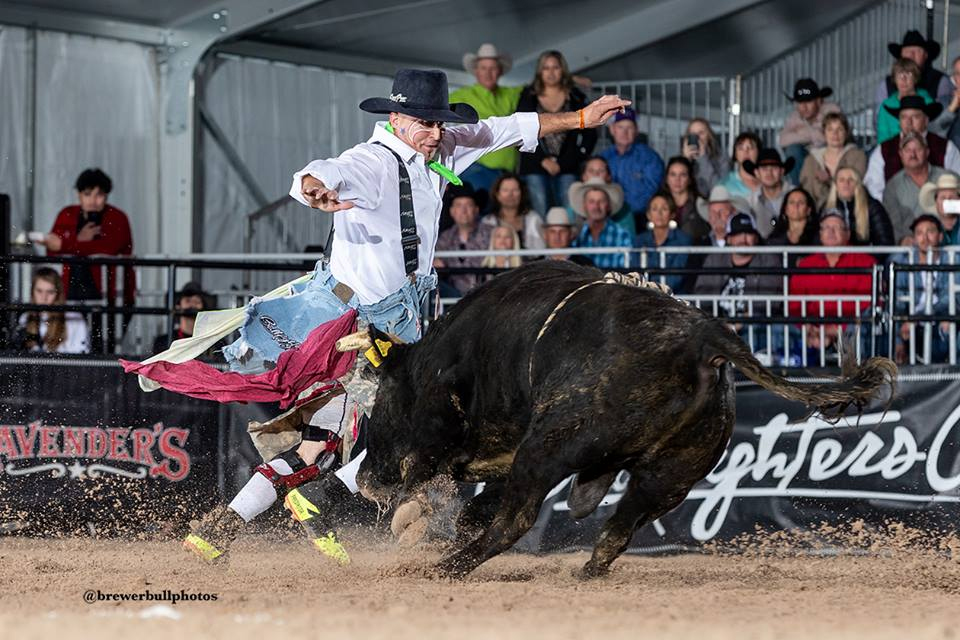 Hill, now in his late 30s, is a world-renowned bullfighter and will compete in the Bullfighters Only Southern Classic presented by Franklin County Livestock, set for 7:30 p.m. Friday, June 28-Saturday, June 29, at the Chicopee Woods Agricultural Center in Gainesville.

“Being close to home is the perfect spot. A lot of my fans are in the area and want to come to that,” he said. “It’s also the largest purse event we have east of the Mississippi, and I’d like to be the first to take that home. Them boys are in my territory now.”

He’s right about the purse, which will pay out more than $30,000 over the two days of freestyle bullfighting – a true man-vs.-beast, gladiator sport that pits athletic men against aggressive and agile Spanish fighting bulls that were bred for this type of fight. In fact, the Gainesville purse will be the largest of the summer run.

“I’ve been really focused on the BFO Development Camps and the instruction with all those,” said Hill, from Muscle Shoals, Alabama. “I took a bit of a break, started training myself. I’m ready to get back at it.”

Chad Ellison of nearby Carnesville, Georgia, will provide the bulls for the event, featuring the BFO’s top 25 men. Fifteen athletes will be part of Friday’s Qualifier Round, with five winners advancing to Saturday’s performance to match their skills with the top 10 bullfighters in the game.

Saturday’s performance will feature five three-man brackets, with the winner of each advancing to the Hooey Championship Round. Once there, the top score will claim the victory and the biggest paycheck.

“I’ve got 80 bulls that all came out of California, and we’ve got a lot of young bulls that have a lot of potential,” said Ellison, who will have 35 bulls in Gainesville. “We’re still trying to figure out what we’ve got, but we have some serious talent on the bull side.”

That’s important, because half the score is based on the bull and his willingness to stay in the fight. With scores on the 100-point scale, bulls account for up to 50 points. The bullfighters will earn their share of the points based on their ability to move around and over the bull.

Ellison takes great pride in having quality animals that will help the bullfighters score big points.

“We don’t want anybody to get hurt,” he said. “We want to make it really cool for the crowd. From time to time, you want to see a guy get hooked, because people come to see a wreck, but we want the bull to be honest and help guys be in the high 80s or low 90s.”

Scores like that mean great fights, and each move in the arena is thrilling for those in the stands. The bullfighters like it too; rookies and veterans alike.

“’This is my first big spot, so I’ve got to earn my place and show them that I’m going to be here for a while and show that I can run with the top guys,” said Dekevis Jordan, a 20-year-old bullfighter from Madill, Oklahoma, who just went through the Development Camp system earlier this month.

“I can’t wait. I have the same dreams as the rest of the guys. I’m going to accomplish mine. I want to make it to Vegas in December.”

His confidence is high, but it takes that type of bravado to step into the arena with a beast intent on destruction. But the brotherhood in the BFO has been the best part of Jordan’s experience with the best bullfighters in the world.

“It’s a family, and everybody has your back,” he said. “You help everybody out, and nobody bumps heads. Somebody else can win, and we’re going to be on the side rooting for them.”

Having the best in the business showcase their talents with his bulls has been a win-win for Ellison, who just returned to the stock contracting game earlier this year because of his involvement with the BFO.

“The talent the BFO has is like no other, and the money these guys can win is amazing. It pays good for me, and the guys are really good to work with. It’s a top-notch professional outfit all the way around.”