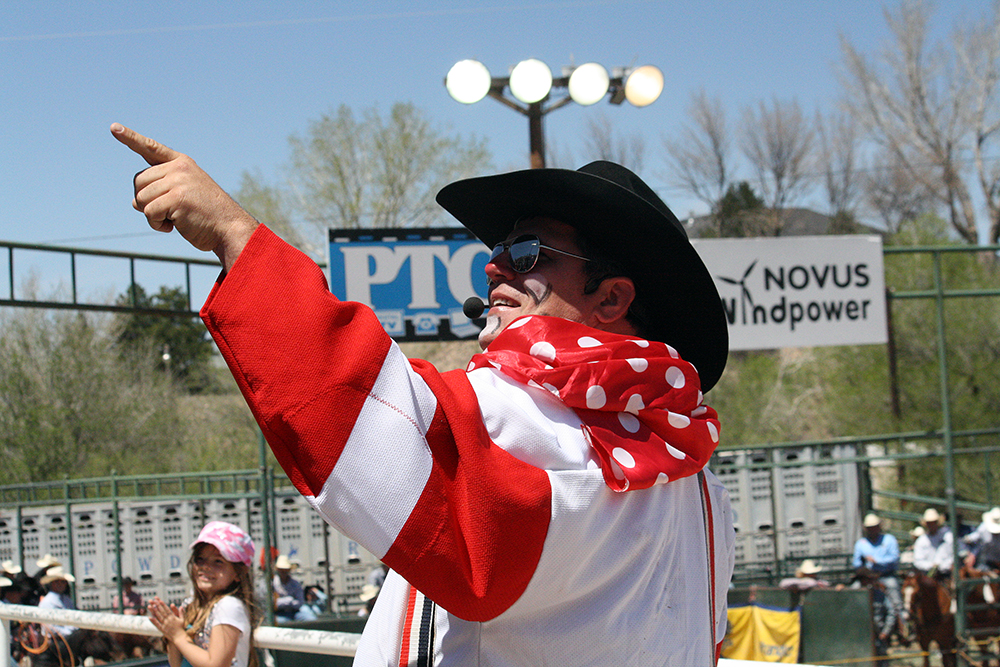 “He’s really good with the crowd,” said Trey Kerby, chairman of the rodeo committee on the Lea County Fair Board. “We try to have a specialty act every year, so that allows him to engage with the crowd. He’s all around the arena, and he’s fun to be around.

“He’s about as normal a person as you can get and has a heck of a sense of humor.”

That’s why Sosebee will be back in Lovington this August, to share his humor, antics and personality with the large crowds that pack the arena.

“There are a lot of cowboys that come to that rodeo from the ranches and the farms,” Sosebee said.

“I like how well Cody works with Andy,” Kerby said. “They’re pretty flawless together.”

Much of his humor comes from his size: Sosebee is bigger than most rodeo clowns, and his raw athleticism shows through the extra cushions his body allows. His acts just accentuate it all into one funny package.

His work in the arena hasn’t been unnoticed. He was named the Comedy Act of the Year in the Professional Rodeo Cowboys Association last year and has been nominated for that award and Clown of the Year for many years. In 2017, he was selected to work the National Finals Rodeo.

“I am very humbled by it, because I automatically thought of the guys who had come before me who had never been selected to work the finals,” he said. “There’s no way to describe it, because the guys voted for it. I can take that with me forever.”

His biggest attribute, though, is that he wants the fans to have a good time.