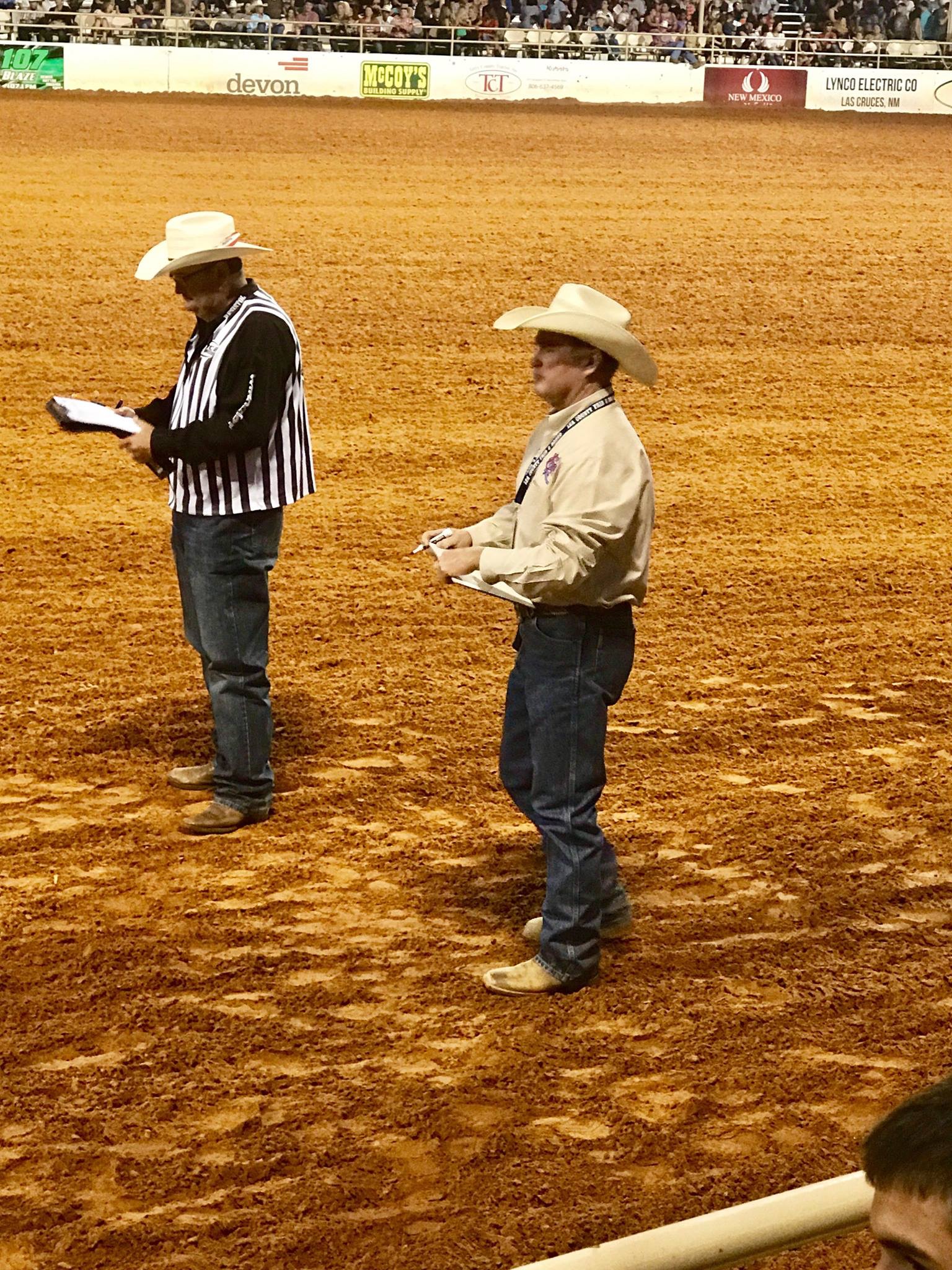 LOVINGTON, N.M. – Larry Wheeler has a great amount of pride for the Lea County Fair and Rodeo.

He has lived in this community all his life and has been attending or showing or working at the annual exposition ever since his birth. That’s just the way things are in the Wheeler family; it’s important to be involved and active.

Nobody is more active in this year’s fair and rodeo, set for Friday, Aug. 2-Saturday, Aug. 10, at the Lea County Fairgrounds in Lovington. Wheeler, 55, is the chairman of the Lea County Fair Board, a group of volunteers that lead others willing to answer the call to produce one of the biggest expositions in the Southwest.

“My brother, Dickie, started showing when I was just a baby, so I’ve been there even before I can remember,” he said. “It’s something we’ve always looked forward to. We passed it on down to our kids, and they’re involved. I’ve got a stepson that’s showing steers, and my brother’s grandkids are still showing.”

That’s the legacy instilled by his father, Jimmie Wheeler, who died in March. That birthright is still on display. Larry Wheeler is now in his third year on the fair board, his first as chairman.

“I had never really thought about being on the fair board, but my family’s been involved in the fair all my life. We’ve shown steers for 57 years in a row at the Lea County Fair. Even being involved with it for years and years, there was a lot more to it when I got into the position on the fair board. It’s been quite a learning experience, but I’ve really enjoyed being on the board.”

He’s done a great job, too, but that’s just what Jackson envisioned when he asked Wheeler to be more involved.

“I think Larry brings a very level head to the fair board,” said Jackson, a former fair board chairman. “Larry has been involved in the show part of the fair his whole life, and he grew up in the steer barn.

“The fair is so important to me, and I wanted to put two individuals on there that I knew would work for it, which is why I asked Larry and Trey (Kerby) to be on the fair board.”

Kerby also serves as the board’s rodeo chairman, and he’s worked alongside Wheeler for several years as they prepare and work the five performances inside Jake McClure Arena.

“Larry brings a personal touch, a local touch, and he brings experience,” Kerby said. “I know a little more about the rodeo side. I’ve had to learn some of the stuff on the fair side. There’s so much to know about that. The rodeo and the entertainment get all the glory, but there’s so much more.

“Larry knows so much about the shows, the little particulars about how to do things – something as particular as how to take the picture to show the animal and the kid the best they can show it. The fair gets a little overlooked, but truly that’s why we’re there: For the kids.”

It’s a nine-day exposition that is great for the entire family. Between the concerts, exhibits, daily shows, livestock shows, carnival and rodeo, there will be many activities.

“I think it’s an incredible event for the people of Lea County and the surrounding areas of west Texas,” Wheeler said. “There aren’t too many counties that are able to do what we do here as far as the entertainment and the PRCA rodeo. A lot of city folks enjoy the carnival. To be able to put that all together for a $10 ticket is pretty incredible.

“I go to the (New Mexico) State Fair and the Eastern New Mexico State Fair and some other shows in Texas, and most are not able to have this much for the people to come do. My hat’s off to our commissioners for allowing it. It wouldn’t be possible without them.

“What makes things even better is that we have so many wonderful sponsors that are willing to give, to support this fair and help make our fair so great. Our sponsors know what this fair means to the people of Lea County, and they are willing to help make it a great experience.”