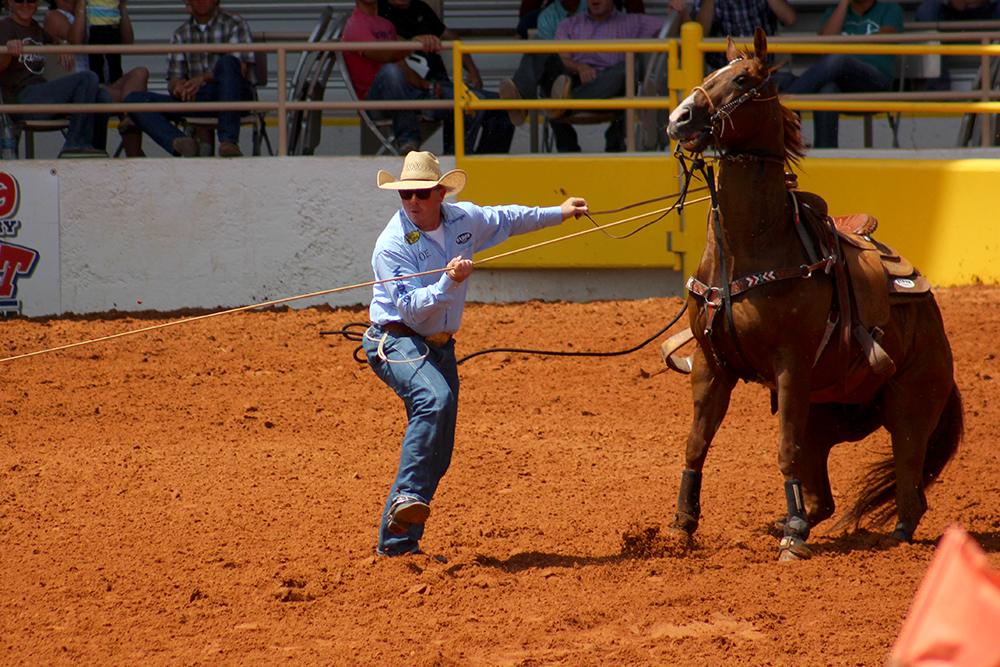 LOVINGTON, N.M. – The Lea County Fair and Rodeo has always been about youth and the work they do to prepare for the exhibits and shows.

From the incredible concerts that take place six of nine nights to the world-class PRCA rodeo, the Lea County Fair Board has loaded each evening with a plethora of entertaining opportunities for fairgoers.

“Of course, we’re very proud of the concert lineup we have this year,” said Lea County Fair Board Chairman Larry Wheeler, noting that big-time acts like Amy Grant, Cody Johnson, Ronnie Milsap and Big & Rich with Cowboy Troy will perform the final four nights of the fair.

“We have our rodeo, which is the staple of this community, but we’ve also got so much more. We have a lot of people who really enjoy our Wrights Amusements Carnival, and we’ll have several other things going on.”

Trick roper and specialist Brice Chapman will be milling around the fairgrounds displaying his talents and that of his daughter, Grace. The west Texas man has been a fixture around the region for decades, and his act never disappoints.

“The people of Lea County have been fantastic to me,” Chapman said. “All of eastern New Mexico is made up of a bunch of good people that are actual cowboys, and they’re a tight-knit group of people.”

He’s just one part of many features that comes with the Lea County Fair and Rodeo.

“When you look at all the entertainment opportunities you can have at the fair and rodeo, there’s just so much packed into it,” said Larry Wheeler, chairman of the Lea County Fair Board. “Because our county commission believes in it, they underwrite the costs. That, along with the great sponsors who support it, makes it terrific.

That’s true. Whether it’s riding a mechanical bull or bungee jumping, rock climbing, face painting or the vertical event, there are things happening every day that will bring joy to many people. That’s why, over the years, more than 100,000 people have attended the expo annually.

On top of that, the bulk of the work being done before, during and after the fair and rodeo is done by volunteers that donate their time and talents to the process. It’s a passion of love and affection for one of the greatest events to hit southeast New Mexico every year.

“Without the volunteers, we just couldn’t do this,” said Dean Jackson, a Lea County commissioner and former Fair Board chairman.

And that type of dedication is why it’s such a hit for people from all over the region.