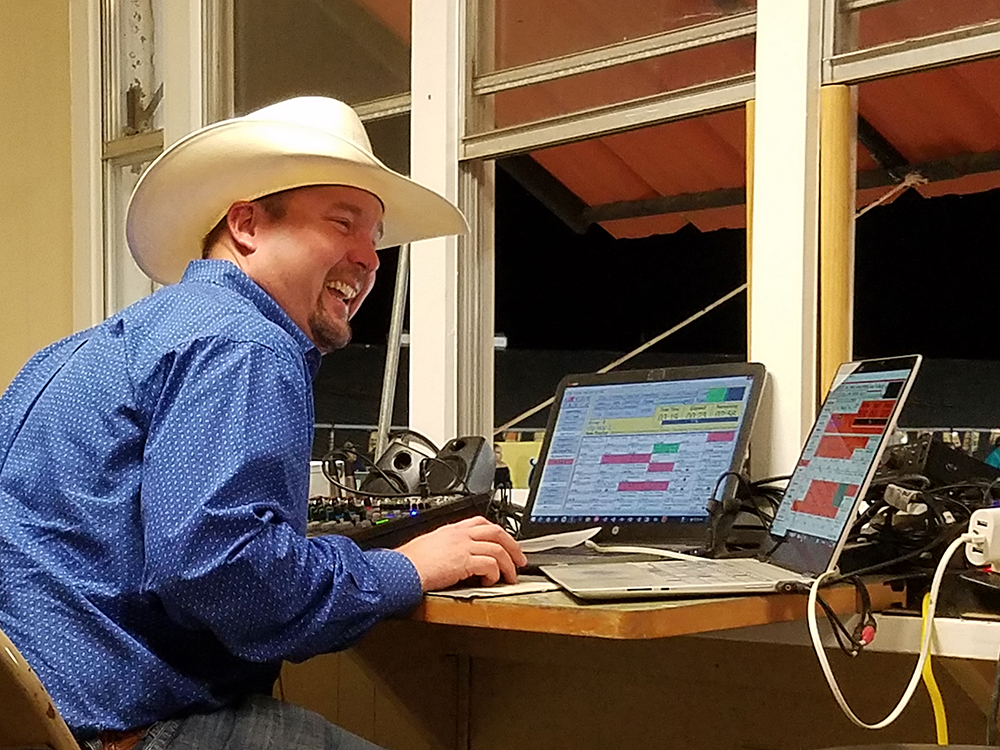 BELLVILLE, Texas – It takes the best to make the best, and that simple motto is the foundation behind the volunteers that produce Bellville’s annual rodeo.

The examples come in multiple packages, including Boyd Polhamus, the four-time Professional Rodeo Cowboys Association Announcer of the Year from nearby Brenham, Texas. Not only has he earned all the accolades, he’s also a fixture at the National Finals Rodeo, the sport’s grand championship.

As in years past, he will be joined by Dusty Tuckness, the nine-time and reigning PRCA Bullfighter of the Year who has worked every NFR since 2009; Sandy Gwatney, the two-time and reigning Secretary of the Year; and Josh “Hambone” Hilton, the 2017 Sound Director of the Year. Like Polhamus, all three are fixtures in Bellville and are vital to the goings-on in and around each performance.

“The best part of my job is seeing all my friends,” said Sandy Gwatney, who works dozens of rodeos each year alongside her husband, John, a production expert who, too, has worked many of the largest rodeos in the game. “Everybody asks if I get homesick. I say, ‘No, I get road-sick.’ When I go home for too long, I don’t get to see my people.”

Her people have rewarded her again.

“Comparison-wise, winning this year was just as exhilarating and just as exciting,” Gwatney said. “After having one in ’16 and not winning in ’17, I just figured I was a one-shot wonder. It doesn’t get me down, though, because I’ve been voted among the top 5. By telling me I’m in the top 5, I already see that I’m winning. It’s almost as exciting as winning for me.”

This year’s rodeo will include clown/entertainer Dale “Gizmo” McCracken, who was named the 2017 Comedy Act of the Year. He brings his own brand of funny to the table, and he’s been recognized as one of the best in ProRodeo.

“That rodeo wants to be the best, so they hire the best,” John Gwatney said. “That’s the commitment they’ve made over the last few years. They’ve also increased the prize money, and they have steer roping there, which a lot of rodeos don’t have. It adds to what they want to do to have a professional rodeo in Bellville.”