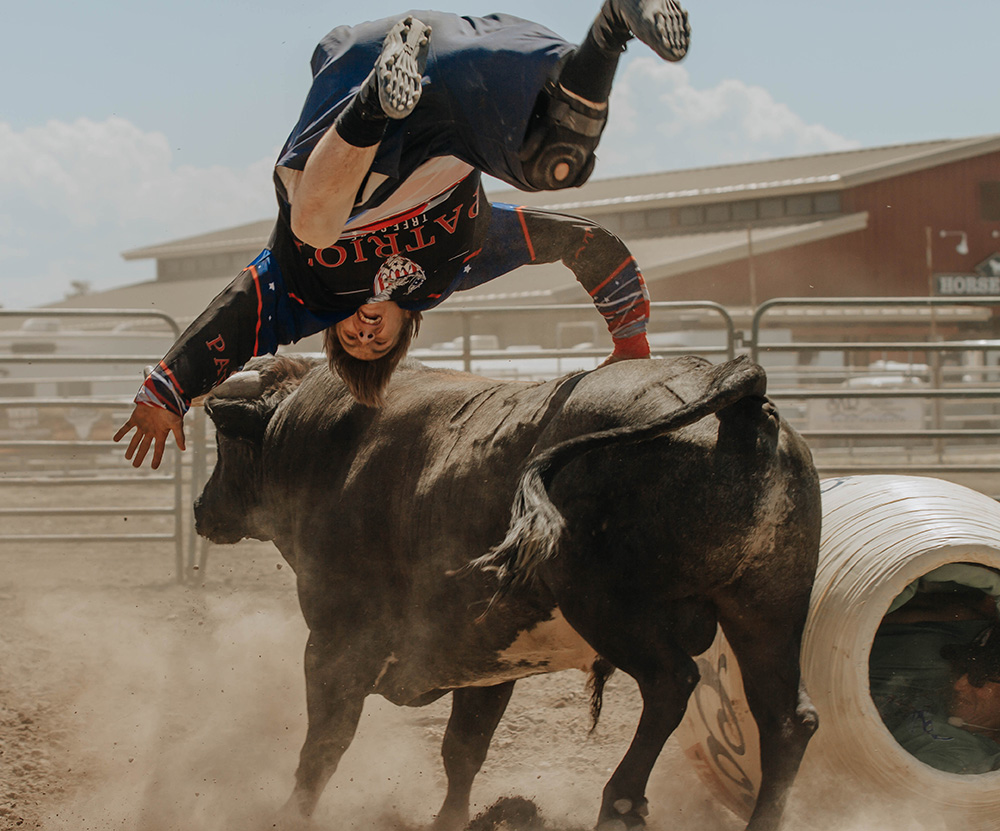 Port Orchard athlete to test his skills against BFO’s best

KENT, Wash. – Ever since bursting onto the freestyle bullfighting this summer, Anthony Morse has been a force to be reckoned with.

Now, he’s earned the opportunity to try and match talents against the world’s best at the accesso ShoWare Center during the BFO Kent Cup, set 7:30 p.m. Saturday, Oct. 26.

“From the time I started bullfighting, I’ve seen the BFO and looked up to it,” said Morse, 20, of nearby Port Orchard, Washington. “It is the biggest freestyle bullfighting there is. It’s the whole magnitude of it. It means a lot.”

It should. He has been dominating events on the United States Bullfighting tour, a BFO affiliate created to support the sport’s growth at a grassroots level. Now, he will face the top contestants in the BFO, freestyle bullfighting’s premier organization. Tickets may be purchased in advance at https://www.accessoshowarecenter.com or at the arena box office.

Morse sits No. 1 in the USBF standings, and thanks to its partnership with BFO, his points count for 20th place in the BFO Pendleton Whisky World Standings. Not bad for someone who started fighting just 21 months ago.

“I went to a (BFO) Development Camp last November (in Decatur, Texas), and that was really the start of it,” he said. “I reached out to a guy that takes bulls to some BFO events, and I got some calves from him. Now I have a herd to practice on.

“I’ll do anything I can to get myself in front of bulls.”

He rode bulls through much of his youth but, like many, his interest in riding faded. When the opportunity to step in as a relief bullfighter called, he quickly fell in love with the new thrill.

“I actually get bored with protection bullfighting now; I like doing the freestyle,” Morse said. “It’s you and the bull, and it’s head to head. You don’t have to worry about anybody else. Your sole job is just you and that bull. I love that.”

Morse has a confident personality and knows the reputation he’s getting. He won the BFO Wrangler Bullfight Tour stop in Kennewick, Washington, two months ago, and he’s stayed focused on the task at hand. From watching video clips to practicing on live cattle at home, Morse has his eyes on the prize.

The field of Kent Cup contestants is filled with the top contenders chasing the world championship: The No. 1 man in the world, Aaron Mercer; three-time BFO champion Weston Rutkowski; and other top superstars like Kris Furr and Beau Scheuth. They are jockeying for position heading into the year-end championships, set for Dec. 4-15 at the Tropicana Las Vegas.

“I’m excited to see what he’ll do,” said Andy North, the BFO’s barrelman. “You can be a hero at some of those smaller events, but these stand-alone bullfights separate the weak from the herd. When you have Weston Rutkowski, Aaron Mercer and Kris Furr and the lineup that’s going to be in Kent, I think he’s going to have to come with his A game.”

Morse has no qualms with that. He understands the game better than most newcomers.

“I never have a plan,” he said. “I can only do as much as the bull’s willing to give me. It’s just another bull and another bullfight.”

Some of that confidence can be attributed to his participation in BFO’s developmental system, an initiative that has continued to evolve since the platforms inaugural season in 2015.

“That’s the beauty of our sport and our Development Camps,” North said. “You can find these guys with hidden talent, and they can surprise you. These kids have to learn somewhere.

“If we want the sport to last and keep pushing forward, developing young bullfighters is important.”

North has been in this business for a long time – first as a competitor himself before he got in the barrel to help protect the bullfighters. His experience helped him learn to read the animals and put himself in the best position to make a save, which is why the athletes consider him the best.

“What I enjoy most is seeing the sport continue to grow,” he said. “It’s not just that it’s sustained, but it’s progressing. I’ve seen a bunch of bullfights and have watched how the sport has changed from making fundamental rounds with a bull to showing these acrobatic stunts. It’s turned into an art. When you see it done at a high level consistently, it’s hard to be part of anything different.

“I remember when if you won $1,500 at a bullfight, you were doing something. Now, a guy can win that by finishing fourth, and that’s because of the BFO. It’s a pretty lucrative event for these guys. The more stand-alone events like Kent that we have is just evidence that the sport is popular and continues to gain popularity.”

That’s just what young guns like Morse want to see. It offers a bright future. That’s why he appreciates his run through the D-Camps and USBF.

“I would recommend to anybody that’s starting to fight bulls to go to as many of those events as possible,” Morse said. “It gives you the chance to go against bulls that aren’t out to kill you. It’s such a perfect, awesome thing they do.

“It makes things so much better for us newer guys and gives us a good chance to figure out what we’re doing before we step out with the big dogs.”