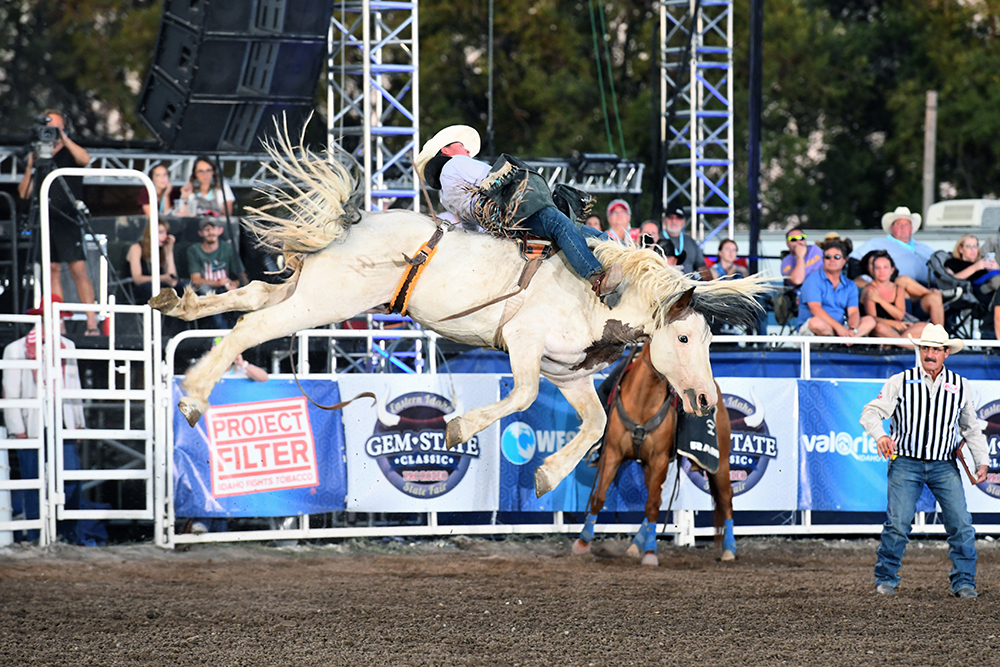 BLACKFOOT, Idaho – In its inaugural year of being nominated for a major award, the Gem State Classic Pro Rodeo has claimed the ultimate prize.

On Wednesday night, the rodeo associated with the Eastern Idaho State Fair was awarded the 2019 Small Rodeo of the Year in the Professional Rodeo Cowboys Association. It’s a recognition of the best events in a given year of the nearly 700 events across the country.

“It was an incredible evening for us as a committee, but it was also a big deal for anyone that’s associated with the Eastern Idaho State Fair,” said Valorie Smith, chairwoman of the volunteer group that organizes the annual rodeo. “I think it’s proof that people who truly care do an amazing job of putting on a fantastic community event.”

And, quite obviously, it was an award-winning event for the people in ProRodeo. The award was based on votes of PRCA members, which includes other rodeos, various contract personnel and contestants.

“We focus on the cowboys, and I believe that’s one of the reasons we received the nomination,” said Smith, who noted that Blackfoot’s rodeo unseated Will Rogers Stampede in Claremore, Oklahoma, the five-time reigning Small Rodeo of the Year.

The PRCA committee awards are separated into four categories – large indoor, large outdoor, medium and small – and there are five nominees in each division. Just by being nominated, the Gem State Classic Pro Rodeo was recognized as one of the top 20 rodeos in the country.

With the award, it joins RodeoHouston, the Pendleton (Oregon) Roundup and the Black Hills Roundup in Belle Fourche, South Dakota, as 2019 winners during the annual PRCA Awards Banquet, held Dec. 4 in conjunction with the National Finals Rodeo in Las Vegas.