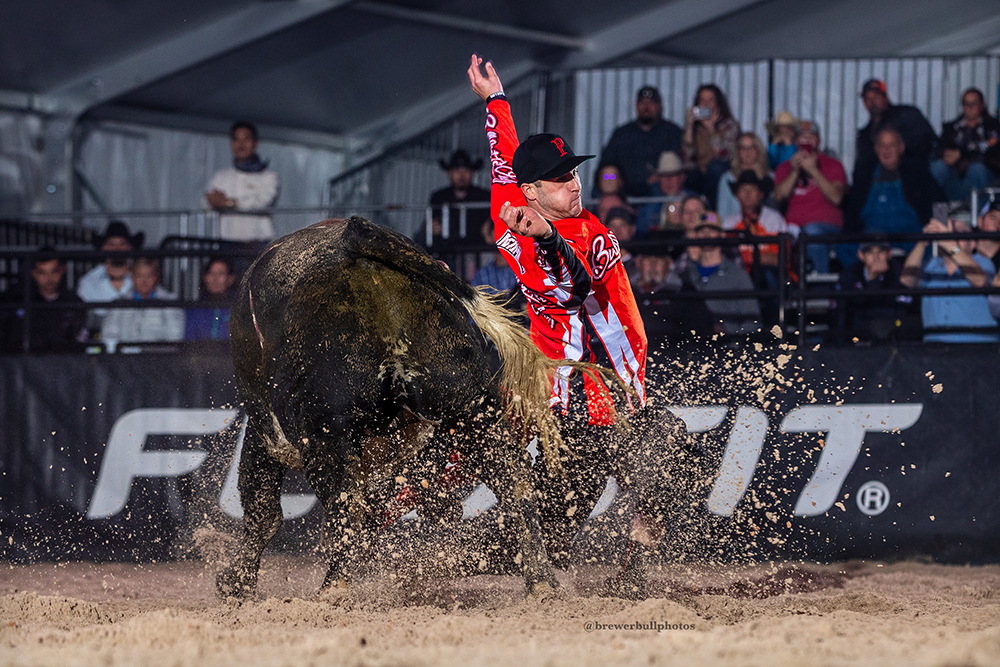 LAS VEGAS – Aaron Mercer had a goal in mind when he arrived in Georgia for the Bullfighters Only Development Camp in April.

He accomplished it on the first day of the 10-day Bullfighters Only Las Vegas Championship, winning the prestigious BFO Roughy Cup and collecting $10,000. Mercer has now distanced himself from the field and can’t be caught in the Pendleton Whisky World Standings.

“It’s just unfathomable,” said Mercer of Calgary, Alberta. “A year ago, I would have never expected to be in this dirt, much less holding this (Roughy) Cup in my hand. It’s surreal, but it’s become a reality.”

He did it by having a spectacular 2019, setting a regular-season earnings record with $61,350. He was going to be hard to catch, but it changed from unlikely to impossible after Thursday’s performance at the Tropicana Las Vegas.

“This morning started out good, because (Justin) Josey and I just talked bullfighting and came up with a plan for how we wanted this day to go,” Mercer said. “We just wanted to do good. We’ve been helping each other throughout the year.

“Josey came out and put on a fight, and I was able to put on a fight after, then I was lucky enough to win it. I just kept my head about me heading into the short round.

The competition was broken down into a long round featuring four brackets – the traveling partners were in the same round. Only the winner of each round advanced to the Hooey Championship Round. Josey posted 82.5 points to own the lead for a few minutes, before Mercer topped it with an event best 87-point bout.

He was joined in the Hooey Championship Round by Dayton Spiel, Toby Inman and Beau Schueth.

“It’s still Vegas, but in reality, it’s just another bull,” said Mercer, whose 85-point fight in the final round pushed him to the title.

His final-round bull was a handful. At one point, the angry bovine became wrapped up in Mercer’s shorts and slammed him to the dirt. The Canadian regathered himself and finished off the fight much like he has all season.

“I get hit and knocked down quite a bit, but you have to get up and just go for it,” he said. “I could barely see my first bull. I got knocked down and had sand in my eyes, and I couldn’t see anything but a black blob. You just have to trust yourself.”

He has plenty of trust, and in one day, he clinched the Roughy Cup and the one-of-a-kind BFO championship belt, handcrafted by RB Buckles and Ride Hard Leather.

“This is beyond words right now,” Mercer said. “I’ve never worked so hard for something in my life. It’s paying off.

“I just want to be a role model for anyone else out there that wants to do this.”