Cooper rides through illness to win 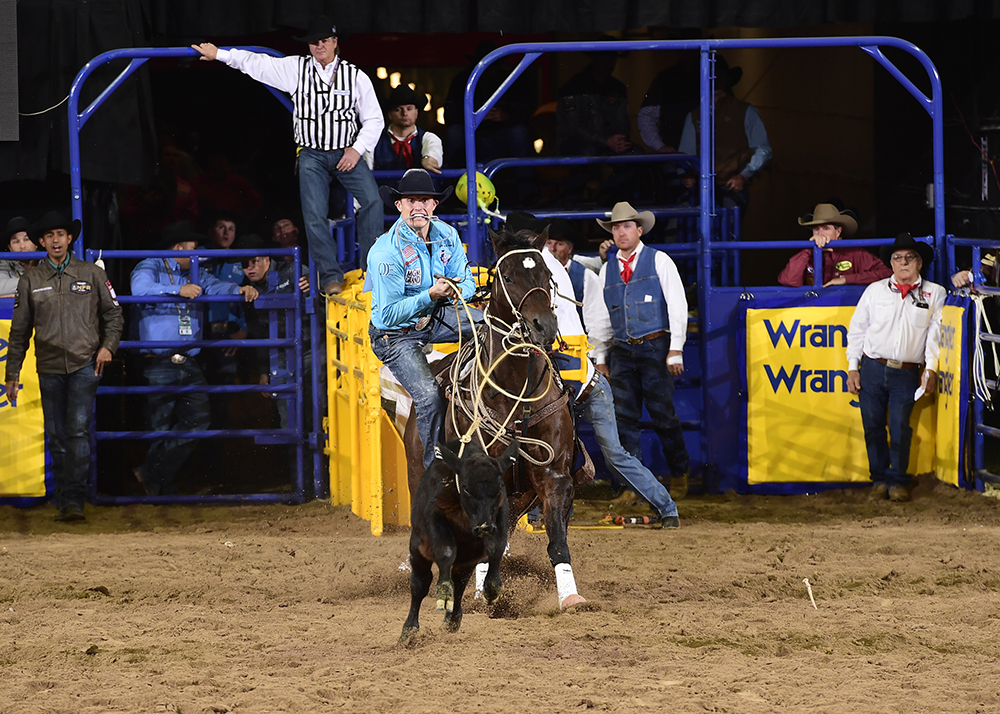 LAS VEGAS – Michael Jordan is the best example of greatness while competing in less than optimum health.

He played one of the best games of his career in Game 5 of the 1997 NBA Finals after what trainers described as a bout of food poisoning.

If the National Finals Rodeo were any comparison, tie-down Tuf Cooper has been battling through his own troubles, a nasty bug that has affected him through the first three go-rounds of ProRodeo’s grand championship. He hasn’t let it affect his work inside the Thomas & Mack Center, though, and shined Saturday night, roping and tying his calf in 6.9 seconds to win the third round.

“I’ve been a little under the weather, but it’s something you can block out for six or seven seconds at a time,” he said with a hint of a laugh. “My wife went to the doctor today. Hopefully we’re going to get this thing lined out. We’ve got seven more days in Vegas.

“It’s a marathon. You want to win every chance you get, but you also want to keep putting together runs and get the big check at the end.”

He’s done that. In fact, his 24.5-second cumulative time on three runs is atop the field, but only by a slim margin; it’s also very early, and the goal of every cowboy in the field is to be atop the average at the end of this 10-day run.

Cooper’s first paycheck in Las Vegas this December was worth $26,231 and pushed his season earnings to $141,823. His run on Saturday night was the fastest so far at this year’s NFR.

“To win a world championship, you have to do your best every single night,” said Cooper, a four-time world champion from Decatur, Texas. “You can’t just really go at them, which was my approach last year. I was trying to go at every one of them, and I came up short quite a few rounds.

“This year, I’m going to have a smarter approach; you have to score, catch and tie them all down, because the average plays such an important role. That’s all I’ve really been focused on the last four or five months: Go make the same run every night, and hopefully that game plan will work at the end. It has worked before, so hopefully it will continue.”

A key part of his success has been his Topaz, a talented bay mare that has been his guiding force since 2012. Cooper also leans on others for a little assistance when necessary, especially this week.

“I have a really good team around me,” Cooper said. “We have been multiple times, so everyone knows their drill: my dad; my mom; James Barton, who is taking care of Topaz; my wife; my buddies; and all my sponsors.

“They know the drill. They know this is the most important time for a contestant’s career, these 10 days in Vegas. Everyone is lending the best hand they can, and that could just be encouragement. I had a buddy go get me cough medicine and cough drops at 2 in the morning last night. Just little things like that help.”

The best medicine for any competitor is winning, and Cooper has had that by the bushel barrel.